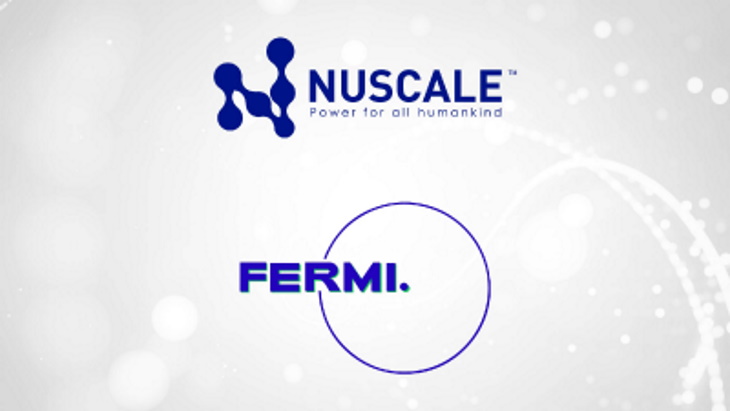 A new Memorandum of Understanding (MoU) between the two companies will see NuScale Power support Fermi Energia in evaluating the deployment of a NuScale small modular reactor (SMR) plant in Estonia by 2031. Fermi’s plans for SMR deployment are growing in popularity in Estonia, according to the company’s latest survey.

NuScale’s technology was one of those chosen in 2019 by Fermi for a feasibility study on the suitability of SMRs for Estonia’s electricity supply and climate goals beyond 2030. The new MoU covers further analysis and considers the deployment of a NuScale VOYGR plant.

“Considering the geopolitics of today, this agreement builds upon the existing momentum and strong interest from the international community who are looking to NuScale’s SMR technology as the premier, flexible, and cost-competitive climate solution,” NuScale President and CEO John Hopkins said.

“The great advantage of the new generation of small modular reactors is clearly manifested in the case of Estonia. They fit better into the electricity grid, are more flexible and economical to operate, and meet stricter safety requirements than the existing nuclear plants,” said Kalev Kallemets, Fermi Energia CEO and co-founder. “Before choosing the most suitable technology for Estonia, we will conduct a comprehensive analysis and evaluate which of the small reactors that will become market-ready in the near future best meets Estonia’s needs to produce CO2-free energy year-round, in any weather , at an affordable price.”

NuScale’s VOYGR plant features the NuScale Power Module, a pressurized water reactor with all the components for steam generation and heat exchange incorporated into a single 77 MWe unit and the first SMR design to receive approval from the US Nuclear Regulatory Commission. The first commercial deployment of a NuScale VOYGR power plant is expected to be as a six-module unit for Utah Associated Municipal Power Systems’ Carbon Free Power Project, which is to be built at a site at the Idaho National Laboratory in the USA.

Estonia currently generates most of its electricity from shale oil, but the Estonian government in early 2021 announced plans to reach carbon neutrality by 2050 and to stop producing shale oil in 2035. Fermi Energia was established by a group of Estonian energy and nuclear energy professionals to focus on the development and deployment of SMRs to enable the country to reach those goals, and since its foundation in 2019 has conducted a series of research and preliminary works, with the aim to start energy production in 2031. It has selected GE Hitachi’s BWRX- 300 as its reference technology, but is also analyzing several other SMR technologies – Terrestrial Energy’s ISMR-400, Moltex SSR-W300 and Rolls-Royce’s UK SMR – as well as the GE Hitachi and NuScale technologies.

The latest in a twice-yearly survey series conducted in Estonia by Kantar Emor for Fermi – carried out earlier this month – has shown the highest level of support for the building of an SMR since the survey began in 2019, with 69% of those polled in support of such a project. Some 20% said they were not in favor of an SMR, with 11% undecided.

The latest poll shows a total of 60% now support the idea of ​​SMRs in Estonia (Image: Fermi)

“Compared to the results of the survey conducted in January of this year, the share of strong supporters has increased, while the share of people who have no opinion and are against has continued to decrease,” Fermi Energia’s Communications Manager Mihkel Loide said. “People’s views on energy issues have been sharply affected this year by the painful increase in the price of energy carriers and issues related to ensuring security of supply, which are also reflected in the results of the survey,” he added.