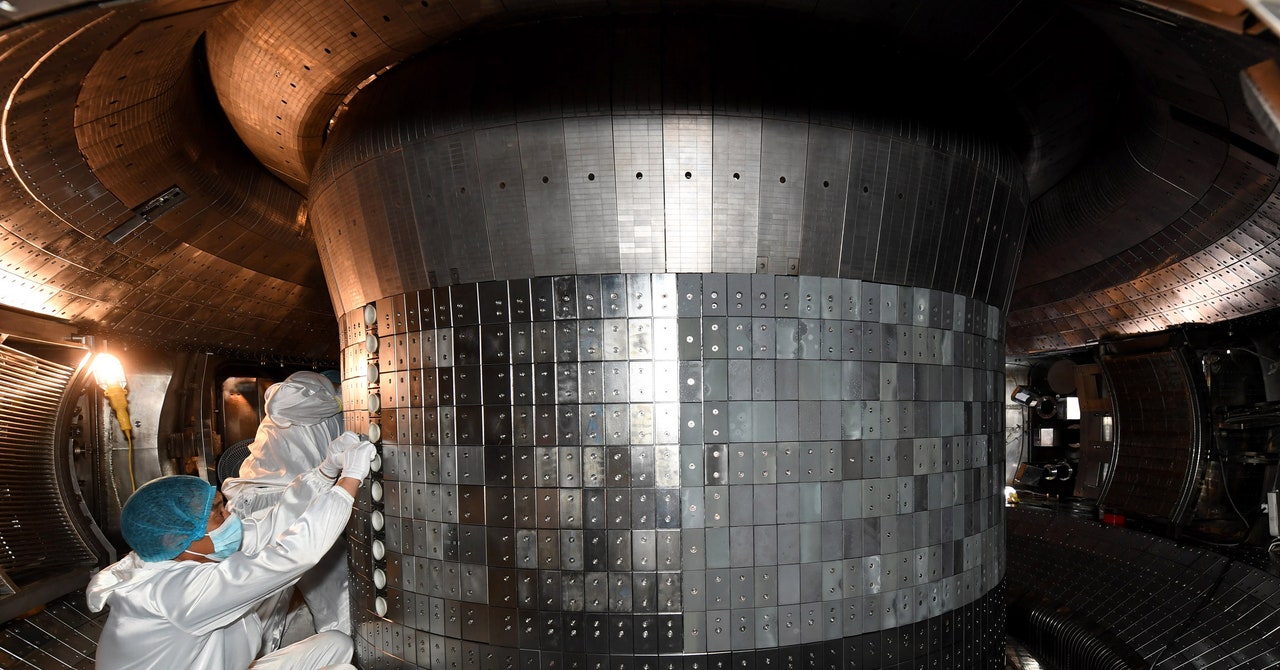 There are a few hundred such reactors, known as tokamaks, in government-funded research facilities around the world, including the Joint European Torus in the United Kingdom and ITER, the International Thermonuclear Experimental Reactor, a 35-nation collaboration in southern France. For decades, researchers have used them to meet the challenges of nuclear fusion, a potentially revolutionary technology that could provide essentially unlimited power. Inside a tokamak, powerful magnets are used to hold swirling plasma under high pressure so that it can reach the tens of millions of degrees necessary for atoms to fuse together and release energy. Cynics argue that nuclear fusion is doomed to remain the energy source of the future forever – currently fusion experiments still use more electricity than they generate.

But Kostadinova and her collaborator Dimitri Orlov were more interested in the plasma in these reactors, which they realized could be the perfect environment to simulate a spacecraft entering the atmosphere of a gas giant. Orlov is working on the DIII-D Fusion Reactor, an experimental tokamak at a US Department of Energy facility in San Diego, but his background is in aerospace engineering.

Together, they used the DIII-D facilities to conduct a series of ablation experiments. They inserted a series of carbon rods into the plasma stream through an opening in the bottom of the tokamak and used high-speed and infrared cameras and spectrometers to watch them dissolve. Orlov and Kostadinova also fired tiny coal pellets into the reactor at high speed, mimicking on a small scale what the Galileo probe’s heat shield would have hit in Jupiter’s atmosphere.

The conditions inside the tokamak were remarkably similar in terms of the temperature of the plasma, the speed at which it flowed over the material, and even its composition: Jupiter’s atmosphere is composed primarily of hydrogen and helium, the DIII-D tokamak uses deuterium, which is an isotope of hydrogen. “Instead of starting something at very high speed, we are instead putting a stationary object in a very fast flow,” says Orlov.

The experiments, presented at a meeting of the American Physical Society in Pittsburgh this month, helped validate the ablation models developed by NASA scientists using data returned from the Galileo probe. But they also serve as a proof of concept for a new type of test. “We are opening up this new research area,” says Orlov. “Nobody has done it before.”

It’s something that is badly needed in the industry. “There has been a delay in new test procedures,” says Yanni Barghouty, founder of Cosmic Shielding Corporation, a startup that builds radiation shields for spacecraft. “With it you can create prototypes much faster and more cheaply – there is a feedback loop.”

Whether nuclear fusion reactors will be a practical testing ground remains to be seen – they are incredibly sensitive devices designed for an entirely different purpose. Orlov and Kostadinov were given time at DIII-D to use the reactor to expand scientific knowledge by using a port built into the tokamak to safely test new materials. But it’s an expensive process. Her day on the machine cost half a million dollars. Therefore, this type of experiment is likely to be conducted sparingly in the future when there is an opportunity to optimize and improve computer simulations.