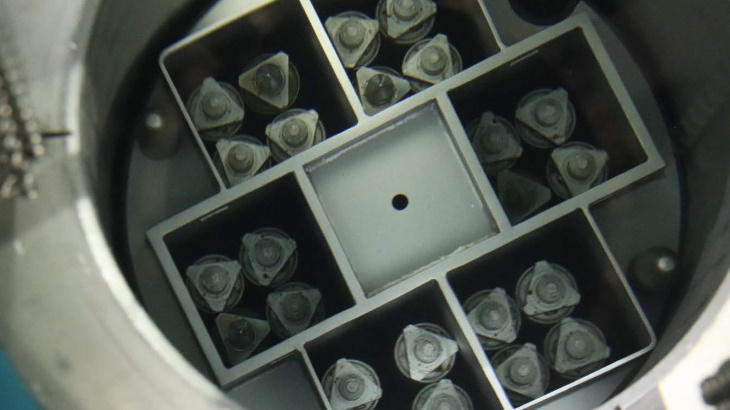 Partially used irradiated fuel from Finnish Reactor 1 (FiR1) in Espoo, Finland, was shipped to the United States for use in a similar TRIGA Mark II research reactor operated by the US Geological Survey in Denver, Colorado. The dismantling of the Finnish reactor, which was shut down in 2015, is scheduled to begin at the end of 2022.

The fuel bought by Finland in the 1960s and 1970s still has “remarkable residual utility,” according to the Finnish VTT Technical Research Center. The USGS needed additional fuel to keep their reactor running, but production of suitable fuel was suspended for several years.

The contract for the supply of Finnish waste fuel was signed last November. VTT has now delivered the fuel to the USGS. The transportation of fuel by road and sea was designed and operated by Edlow International of Washington, DC and monitored by the Finnish Radiation Protection and Nuclear Safety Agency (STUK) and the US authorities.

The use of the Finnish fuel in the US reactor will allow the USGS to keep it operating for several years. VTT stated that the US will take responsibility for the ultimate disposal of the fuel at the end of operations.

According to VTT, the organization of the management of used fuel assemblies abroad is an exception that is permitted under the Finnish Nuclear Energy Act. Before the fuel was shipped, Finland received a report from the US authorities on its commitment to managing the fuel. When the USGS stops using its reactor, it will deliver the used fuel to the Idaho National Laboratory. The US Department of Energy will take responsibility for the fuel through a process that is in line with VTT’s previous plans.

“The removal of used fuel is an important milestone in the decommissioning of the research reactor,” said Markus Airila, Senior Scientist at VTT. “Next we will concentrate on the final planning and preparation of the dismantling. The project creates new know-how in Finland, for which there is also international demand.”

The water-cooled TRIGA Mark II pool-type FiR1 research reactor was commissioned in 1962 by the Helsinki University of Technology. The reactor was originally built for research and teaching and was later used for isotope production and radiation therapy. The operational responsibility for the reactor was transferred to VTT in 1971. Although approval to operate until 2023 was granted, in 2012 VTT decided to discontinue the use of FiR1 for financial reasons. The reactor – with a heat capacity of 250 kW – ran for the last time on June 30, 2015. In 2017, VTT submitted an application to the State Council for approval to decommission the reactor.

VTT announced today in a letter to the Finnish Ministry of Economy and Employment that it would ship the used fuel and excluded used fuel from its license retirement application.

In April 2020, the Finnish utility company Fortum received an order from VTT to shut down FiR1. The contract followed the signing of a letter of intent by Fortum and VTT in December 2018 to collaborate on the decommissioning of the reactor. It will be the first nuclear reactor to be decommissioned in Finland.

Electricity Has Been in a Slump for 14 Years, But All Heck Has Broken Loose in How it’s Generated