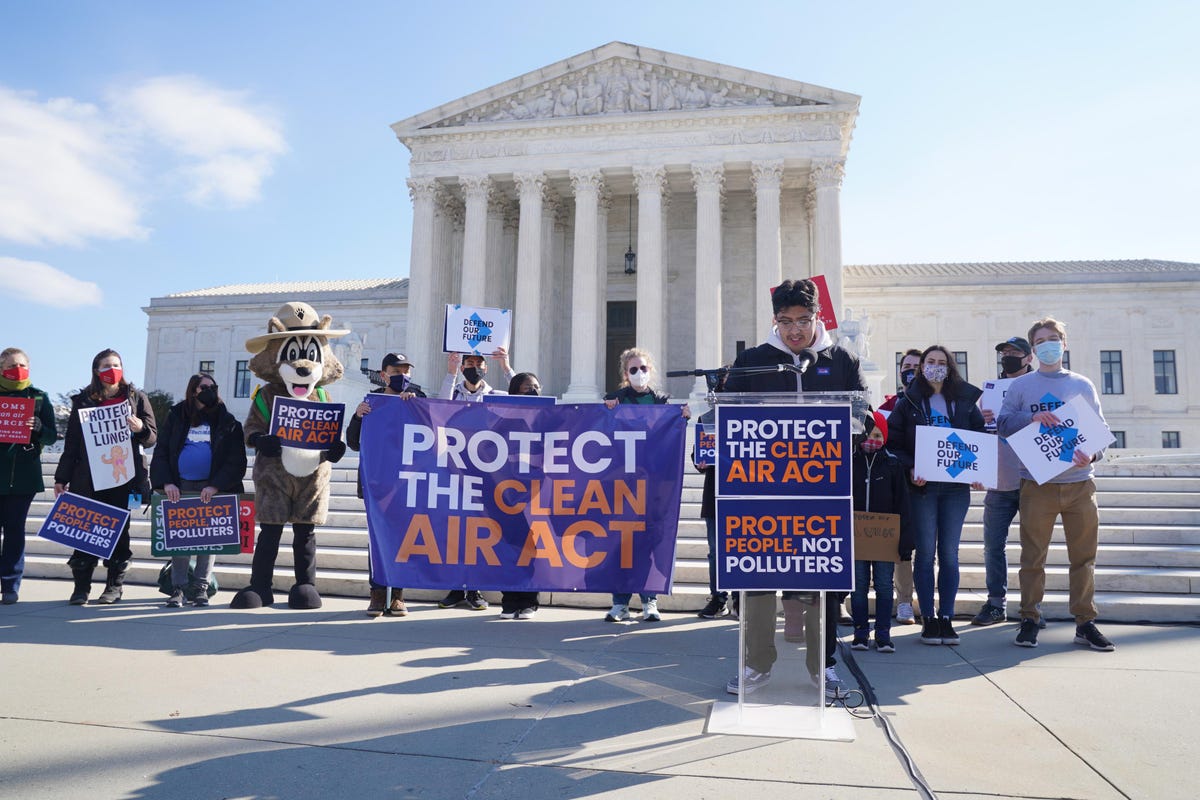 Fluoride And IQ? What Is The Link, What This Study Says

Many communities have long put fluoride in drinking water to prevent tooth decay. But if you Google “fluoride makes you dumb,” you’ll get plenty of sites advancing unsubstantiated conspiracy theories about how the government is putting fluoride in the water to keep people dumb and docile. Actually, Googling anything such as books or broccoli and “makes you dumb” can return conspiracy theories.

But separate from conspiracy theories, do claims that fluoride exposure may affect intelligence have any teeth? Brace yourself for the aftermath of a study just published in JAMA Pediatrics. The study found that mothers who had consumed fluoridated tap water while they were pregnant tended to give birth to children who ended up having slightly lower IQ scores by ages 3 to 4. Anyone who knows the drill will realize that fluoride conspiracy theorists will take this study and run with these results for, well, forever.

Nevertheless, it is worthwhile to better understand the relationship between putting fluoride in water and potential health effects. Before you try to decide whether you like your teeth or your brain better, let’s take a closer look at this study.

A research team from York University (Rivka Green, MA, David Flora, PhD, Raichel Neufeld, and Christine Till, PhD), the University of British Columbia (Bruce Lanphear, MD), the Cincinnati Children’s Hospital Medical Center (Richard Hornung, PhD) Indiana University (E. Angeles Martinez-Mier, DDS) and Laval University (Pierre Ayotte, PhD) conducted the study. The study followed 601 pairs of mothers and the children whom they had given birth to from 2008 to 2012. All of these women were part of the larger Maternal-Infant Research on Environmental Chemicals program that had recruited pregnant women from 10 different Canadian cities. Under half (41%) of these mothers had lived in communities in which fluoride was added to the tap water.

During the study, 512 of these mothers had submitted urine samples during each of their three trimesters of pregnancy to get tested for fluoride levels while 400 had completed questionnaires on their regular consumption of tap water and water-based beverages, such as tea and coffee. From the answers to these questionnaires, researchers then estimated the amount of fluoride that the mothers had consumed on average each day during pregnancy. Not surprisingly, those mothers who had lived in areas with fluoridated tap water had significantly higher levels of both fluoride in their urine (0.69 mg/L vs 0.40 mg/L) and calculated daily fluoride intake (0.93 mg vs 0.30 mg) than those who lived in areas where the tap water did not have added fluoride.

After the mothers gave birth, the study then followed the resulting children, 52% of whom were female. When the children reached ages 3 to 4, they underwent testing, using the Wechsler Primary and Preschool Scale of Intelligence-III, to determine their IQ scores. On average, the girls scored significantly higher than the boys did (109.56 vs. 104.61).

Here then are the crowning findings from this study. The study revealed an association between the mothers’ average daily fluoride intake (as estimated from the questionnaires) during pregnancy and the subsequent IQ scores of their children. For every 1 mg increase in the daily intake of fluoride, there was on average a corresponding 3.66 decrease in the children’s IQ score. When looking at the mothers’ urine levels of fluoride, the researchers found a similar association for boys but not for girls. For every 1 mg/L increase in the mothers’ measured urine fluoride levels, there was an associated 4.49 decrease in the boys’ IQ score. Oh Canada.

If you think these findings prove that fluoride in drinking water leads to lower intelligence, remember that associations do not mean that one thing causes another. Otherwise, we’d be urging Nicholas Cage to stop starring in movies to prevent drownings in swimming pools. Observational studies, like this JAMA Pediatrics one, cannot, cannot, cannot, cannot prove cause and effect. People who live in areas where tap water is fluoridated could also be exposed to other things or have behaviors that may affect their children’s IQ scores. For example, could they or their children be eating more processed foods with artificial ingredients? Could they be exposed to more chemicals in the environment? We do not know enough about the details of the study participants’ lives to know what really is happening.

Additionally, IQ scores are just one measure of thinking ability and development and an imperfect one at that. IQ scores can be misleading as not everyone can perform to the best of their ability on tests. Furthermore, a single measure cannot capture all of cognition. There are a number of other measures such as the number of times you chose not to do a viral Internet challenge like the Zoom Challenge.

Plus, although statistically significant, the associations weren’t super strong. The 95% confidence interval for the difference in IQ scores ranged from 7.16 to 0.14, meaning that there was a fair amount of variability in the results. Moreover, what would explain the difference in findings between girls and boys? There’s that old saying about boys being made of snips and snails and puppy-dogs’ tails instead of sugar and spice, but nothing to indicate that boys and girls should be different in their reaction to fluoride exposure.

Furthermore, as David C. Bellinger, PhD, MSc from Boston Children’s Hospital pointed out in an accompanying editorial in JAMA Pediatrics, the study does not help determine the safe levels of fluoride in drinking water. Certainly, excessive levels of anything, even avocado toast, can be harmful. The study participants could have had fluoride exposure from other sources beyond drinking water.

Finally, (I am running out of synonyms of moreover), findings from a 10 Canadian city study may not necessarily apply elsewhere and to other populations. There may be unique aspects about this population that don’t translate elsewhere. After all, what Canadians refer to as bacon is quite different.

Therefore, are the results from this study then acci-“dental” or is there something to these findings? There is plenty of evidence that fluoride in drinking water has been effective in combating tooth decay. The Centers for Disease Control and Prevention (CDC) has hailed fluoridation of drinking water as one of the ten great public health achievements in the United States in the 20th Century, alongside big items such as motor-vehicle safety, safer workplaces, vaccination, and the “recognition of tobacco as a health hazard.” A Cochrane Review of 20 different scientific studies on the effects of fluoride in water concluded that water fluoridation “resulted in children having 35% fewer decayed, missing and filled baby teeth and 26% fewer decayed, missing and filled permanent teeth. We also found that fluoridation led to a 15% increase in children with no decay in their baby teeth and a 14% increase in children with no decay in their permanent teeth.”

For those conspiracy theorists who think that there is a big cover up, the American Dental Association (ADA) emphasizes on its website that “more than 70 years of scientific research has consistently shown that: an optimal level of fluoride in community water is safe and effective, plus, it prevents tooth decay by at least 25% in both children and adults.” Keep in mind that more tooth decay would mean more business for dentists. The tooth of the matter is that fluoride in water can help prevent your pearly whites from becoming garbage can grays and looking like those objects that sit in the mouth of Austin Powers. That’s why over 66% of the US population has tap water that is fluoridated, according to CDC statistics.

Here is a video from Pew Trusts about the benefits of fluoridated water:

Nonetheless, this new JAMA Pediatrics study does gum up the works a bit. It is not the first to raise some questions about the safety of water fluoridation. As the authors pointed out, scientific studies have shown that fluoride can cross the placenta into the fetus during pregnancy, and laboratory studies have found that fluoride to accumulate “in brain regions involved in learning and memory” and alter “proteins and neurotransmitters in the central nervous system.” Of course, such studies by themselves do not prove that fluoride in drinking water specifically will make its way to a fetus’s brain and affect brain function.

A systematic review and meta-analysis published in 2012 in the journal Environmental Health Perspectives reviewed 27 epidemiological studies and determined that “children in high-fluoride areas had significantly lower IQ scores than those who lived in low-fluoride areas.” But once again, such studies could only show associations and not cause and effect. Additionally, while this new JAMA Pediatrics study seems to have been a well-done observational study, many of the past observational studies have been shaky at best.

Ultimately, you cannot completely ignore this latest study, but it is just one study. While its findings alone shouldn’t “dental carie” the day and change water fluoridation policies, they do suggest that more investigation may be needed to better understand this possible relationship between fluoride exposure and brain development. No, water fluoridation is not part of a government plot to keep people dumb and docile. That’s what reality shows and political speeches may be for, possibly.

Indeed, there are clear dental health benefits from water fluoridation. Some have argued that a closer look at the levels of fluoridation is warranted. Others have argued that water fluoridation is not the only way to give people fluoride. Many European countries have adopted other means, such as dental treatments as well as the fortification of food items (eg, milk and salt). However, not everyone in the US and other countries may have equal access to such alternative methods, which may then lead to even greater disparities in dental problems should tap water be no longer a predominant source of fluoride.

What then should you do with these latest findings? If you are not pregnant, this study alone shouldn’t dissuade you from drinking fluoridated tap water. The Austin Powers look is not a good one, and you need your teeth to eat many things. If you are pregnant and want to be extra cautious, you could try drinking bottled water, although bottled water is not necessarily safer than tap water. For example, recently testing commissioned by the Center for Environmental Health (CEH) found: “high levels of the toxic metal arsenic in Starkey Water, owned by Whole Foods, and Penafiel, owned by Keurig Dr Pepper, bottled in Mexico and sold at Target .” So, you may want to scrutinize what the bottled water sellers are really offering. And for Pete’s (or whatever you are going to name your child) sake, don’t drink raw water, for the reasons I described previously in Forbes. Of course, not drinking water at all is not an option, because you need water to pee and survive, not necessarily in that order.

The bottom line is that more studies are needed to shed more light on these recent findings. In the meantime, don’t panic. Feel free to keep drinking (tap water, that is, assuming that your community is regularly checking the water for pollutants), especially if you are not pregnant. As I’ve said frequently, panic is only useful at the disco.