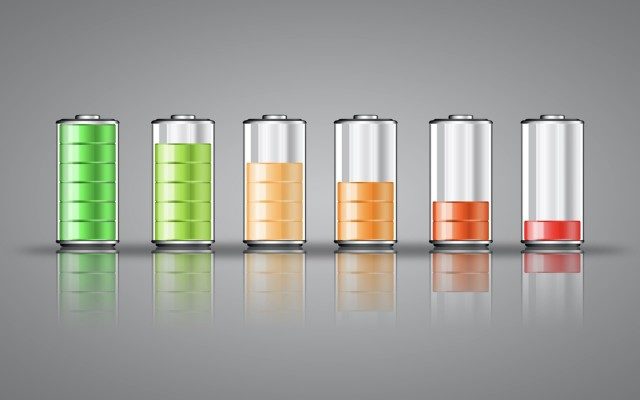 Rechargeable lithium-ion batteries have long been universally-accepted for portable applications, but as demand grows for bigger, faster, longer-lasting products, lithium-ions may just be losing the race against cutting-edge, next generation fluoride batteries.

A team of researchers in the United States may have found a way of getting extra bang for your battery buck, offering a unique new method of producing rechargeable batteries using fluoride to improve performance, increase energy density and result in a longer life than lithium-ions , and at a lower cost.

Chemists at Caltech, NASA’s Jet Propulsion Laboratory, the Honda Research Institute and Lawrence Berkeley National Laboratory, have pioneered a battery based on fluoride – the negatively-charged form, or anion, of the element fluorine – with a view to proving that fluoride can be a viable charge carrier in batteries.

What that potentially means at the consumer end is that devices we have to charge every day or sometimes every half day (depending on the quality and age of your lithium-ion battery), may soon enter the realm of charging once a week.

“Fluoride batteries can have a higher energy density, which means that they may last longer – up to eight times longer than batteries in use today,” said co-author and 2005 Nobel laureate in chemistry Professor Robert Grubbs.

The idea of ​​using fluoride in batteries has been around for a long time, but has proven difficult to perfect as the element is notoriously corrosive, reactive and unstable.

In its natural state, fluoride would have to be used at oven-like temperatures of 150 degrees or higher to conduct properly – much too hot to be used in everyday devices.

The new battery being developed by the research team by comparison, can produce power at ambient temperatures.

The team has discovered that the trick to stabilizing the fluoride element has been to dissolve it using an electrolyte liquid called BTFE, or chemically known as bis(2,2,2-trifluoroethyl) ether.

Acting as the solvent which helps keep the fluoride ion stable so it can shuttle electrons back and forth in the battery, BTFE has been branded the breakthrough electrolyte and has led to the successful prototype.

The research team has since tweaked the solvent, modifying it with additives to improve its performance and stability.

With fluoride-based batteries believed to have the ability to last up to eight times longer than those in use today, such modifications could result in the frequent charging of smartphones, laptops and possibly even hybrid and electric cars becoming a thing of the past.

The type of lithium-based electrochemical technology which currently supplies power to smart devices makes use of positively-charged lithium cations which act as a chemical piston to draw an electrical charge through a circuit.

At full charge, a supply of cations occupy a battery’s anode and once the circuit is closed, ions surge into the cathode to produce a current which does the all-important work.

To reset the cell, a voltage is required to “push” the lithium piston back again.

This piston can work in reverse as well, with negative ions such as fluoride capable of creating the voltage necessary to draw electrons through a conductor.

While lithium-ion has many benefits over older battery chemistries such as nickel metal-hydride such as better charge and discharge rates, it also has significant downsides.

The greatest of these according to battery experts, is the damage the production process causes to the environment when lithium and cobalt are mined.

Lithium cells also have a propensity for catching fire and being difficult to extinguish once ignited.

However, fluoride-based battery chemistry being developed by Honda, NASA and CalTech could alleviate many of these issues.

“They have the potential to be significantly lighter than lithium-ion batteries while also delivering a vastly improved range when used in electric vehicles,” Professor Grubbs said.

“Fluoride-ion batteries are safer than lithium-ion as they don’t suffer from overheating issues, and obtaining the source materials creates considerably less environmental impact than the extraction process for lithium and cobalt.”

Professor Grubbs said the research study shows that fluoride is a viable charge carrier and could help make for new generation batteries which last much longer.

While there is no indication as to when fluoride-ion batteries may hit the market or how much they will cost, the team remains confident in their discovery.

“We are still in the early stages of development, but this is the first rechargeable fluoride battery that works at room temperature,” Professor Grubbs said.