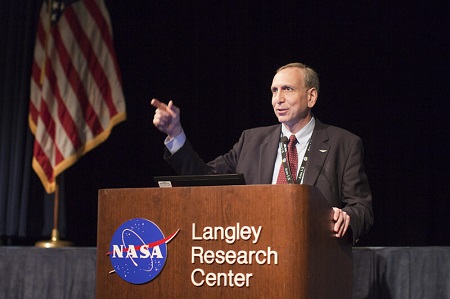 At IBX, Jurczyk will advise space initiatives of all IBX affiliates and support efforts from space hardware to space nuclear.

Space investment firm IBX has named Steve Jurczyk as Executive Vice President of Space Operations. Jurczyk, who recently served as NASA’s acting administrator after a 33-year career with the US space agency, will bring his technical and leadership expertise to the IBX team and expand efforts to identify market opportunities in the space, Explore technology and energy to positively influence the development of the world.

Commenting on the new appointment, Kam Ghaffarian, Founder and CEO of IBX said, “We are excited to have Steve Jurczyk join the IBX team, bringing a wealth of knowledge and valued perspective about the aerospace industry to our strategic growth efforts of building the next generation commercial space economy. Steve’s focus on innovation and leading groundbreaking teams at NASA and across the country helped open the door to this new era in space exploration. We are lucky to have him on our IBX team. ”

In his new role, Jurczyk will advise space initiatives for all IBX affiliates and support efforts from space hardware to space nuclear. He will also help expand IBX’s work as an innovation incubator and support opportunities for market growth in the commercial space landscape.

IBX is led by Dr. Ghaffarian, whose mission to improve the state of humanity and human knowledge has led him to found various companies and charities. Dr. Ghaffarian is the co-founder and executive chairman of several companies including Axiom Space, which promotes the commercial exploitation of space and builds and operates the first commercial space station; Intuitive Machines, the leader in space services and technology that will send the first American spacecraft to the surface of the moon since the Apollo program, and X-energy, a nuclear reactor and fuel design company that is building the modern commercial-scale nuclear reactor and fuel plant .

Steve Jurczyk added: “I am delighted to join the innovative team at IBX and Dr. To join Ghaffarian and continue my commitment to empowering this new era of space exploration. ”

During his three decades at NASA, Steve Jurczyk held all key management positions and received the agency’s top honors. He was appointed acting administrator (January – May 2021) and led the agency’s workforce through a transition period. As an Associate Administrator, he was NASA’s senior official overseeing all of the centre’s directors and ensuring the success of the agency’s programs. As Deputy Administrator of the Mission Directorate for Space Technology, he formulated and executed the agency’s space technology programs and focused on developing and demonstrating transformative technologies for human and robotic exploration of the solar system in collaboration with industry and science. He was also center director and led the team at NASA’s Langley Research Center in Hampton, Virginia. Jurczyk began his career at NASA in 1988 with Langley in the Electronic Systems Branch as a design, integration and test engineer who developed several space-based earth remote sensing systems. He worked his way up the center’s ranks by contributing to a wide range of research, technology, and engineering disciplines in all of NASA’s mission areas.

Jurczyk has received several awards throughout his NASA career, including two Outstanding Leadership Medals, the Distinguished Service Medal, the Presidential Rank Award for Meritorious Executive in 2006, and the Presidential Rank Award for Distinguished Executive in 2016 – the highest honors awarded to the leadership of the federal government can be reached.