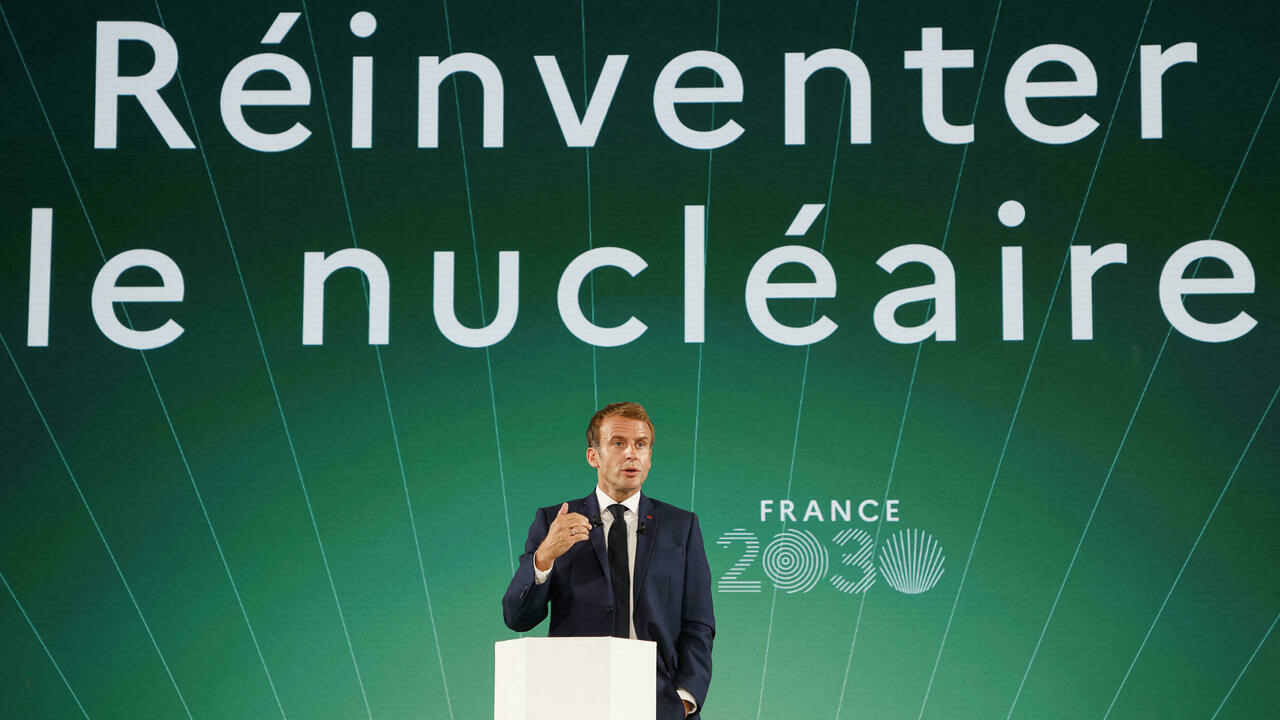 France presents nuclear power revision – with a view to China

French President Emmanuel Macron announced a move to small modular nuclear reactors on Tuesday as he unveiled his € 30 billion five-year strategy to strengthen French high-tech sectors, building on the country’s history as a pioneer in nuclear power. Analysts praise the technology as promising, especially given the Chinese competition.

Macron announced that the “top priority” of its industrial strategy would be for France to develop “innovative small nuclear reactors” by 2030.

This marks a fundamental shift in France’s approach to nuclear energy. The 1974 Messmer Plan (named after then Prime Minister Pierre Messmer) made whopping investments in nuclear power after last year’s oil crisis, caused by the OPEC embargo, exposed the fragility of France’s reliance on imported oil. The strategy enables France to get more than 70 percent of its energy from nuclear power – the highest proportion in the world. So far, this huge nuclear sector has been built around ever larger reactors.

“The small modular reactors each generate less than 300 megawatts (MW) of energy; far fewer than most of the reactors currently in operation, which tend to produce between 950 and 1300 MW, including the Flamanville power plant [on the English Channel] with an output of up to 1600 MW, ”says Giorgio Locatelli, expert in the engineering of nuclear power plants at the Milan Polytechnic.

The components of these smaller reactors are typically built on a factory assembly line and then transported to the site for assembly, where they can be easily adapted to the specific needs of the facility – making them the nuclear power’s answer to Ikea furniture.

This approach is said to make it easier to build nuclear power plants – especially after construction delays in Flamanville’s Reactor 3 over the past decade have shown that building a huge new reactor can be a tricky process.

In the great history of French nuclear power, the shift to smaller reactors looks like a step backwards, suggested Locatelli, as France “started with small reactors in the 1960s before moving on to larger ones for economies of scale”.

However, this trend has now reached its limits, he continued. “Reactors like the one in Flamanville are not only very expensive, but also a long and complex process to build.” It takes billions to build such facilities, and it is often difficult for governments to find investors who are ready are to wait up to a decade for their returns to pour in.

Most countries lack the funds to pull out these huge reactors, notes Nicolas Mazzucchi, energy specialist at the French Foundation for Strategic Research: “The funding models they need – not to mention the ability to use a country’s savoir-faire in this area really mobilize – are becoming increasingly rare, except in countries like Russia and China, where energy companies have full state support. ”

As a result, the move to small modular reactors is a strategic lynchpin in enabling France to cope with competition from countries like China, which has growing ambitions for nuclear power.

France could also conquer lucrative new markets by changing course. “By 2025, almost a quarter of the world’s available nuclear capacity will be exhausted because the reactors have become too old,” Mazzucchi continues.

Another reason small nuclear reactors could be a French export hit is that they can be used for other important purposes than generating energy. “It’s a very flexible form of technology,” said Locatelli.

“These reactors can be used for water desalination – a very important task in countries like the Middle East and even India – as well as producing hydrogen to heat houses in colder parts of the world,” said Mazzucchi.

In theory, small reactors are also likely to be safer than traditional large reactors. The Japanese accident in Fukushima in 2011 damaged the reputation of nuclear energy for safety – then the Taishan incident in China in July showed that technical problems can affect even the most modern reactors.

By definition, small reactors contain “less nuclear material, which in theory gives them the potential to be safer,” noted Karine Herviou, deputy director of nuclear safety at the French Institute for Radiation Protection and Nuclear Safety. In this way, the release of radioactive substances in the event of an accident can be “limited” – in addition to the safety measures that are taken, Herviou continues.

Processes tailored to small reactors, in particular, can enable operators to “get rid of the reactor’s residual power after a shutdown,” added Herviou. It was this residual power that caused the reactor cores to melt in Fukushima and during the Three Mile Island incident in the US in 1979.

But that’s just a theory. Those responsible for reactors with the latest technology “have to justify their safety,” said Herviou.

So far, the theoretical advantages of small modular reactors have not been confirmed in practice. Around 70 such reactors are currently under development worldwide – and the vast majority of these projects are still in their early stages.

“The main problem with this technology is the lack of a track record,” said Locatelli. In addition, the “chicken and egg problem of nuclear power is still there: is it better to start building reactors first to attract buyers, or is it best to find investors first?”

Although the race for small modular reactors has only just begun, France is starting “late” compared to the US, Mazzucchi said. On the other side of the Atlantic, regulators have already given the go-ahead for at least one such project – and an entire ecosystem of startups is emerging to develop this technology.

Still, France has every chance of being successful. “The big advantage is that its energy sector has already proven itself in nuclear technology and at the same time controls the entire supply chain from uranium mining to the construction of reactors,” said Mazzucchi. And the country will have about a decade to build its expertise in small nuclear reactors before it can reap the rewards of exports. From 2030 there will be a “real market for this type of reactor”, according to the French Atomic Energy Commission.

This article has been translated from the original into French.