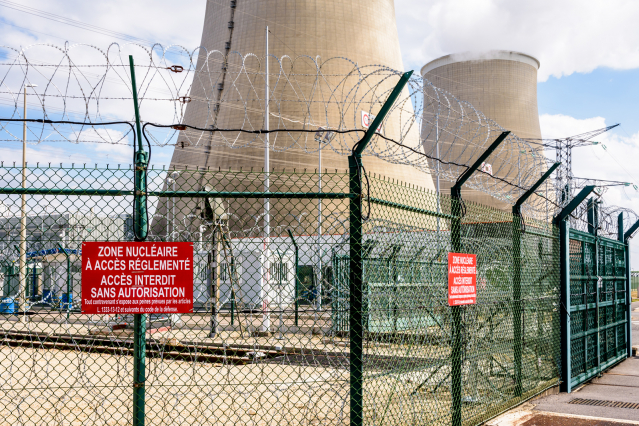 France relies on small nuclear power plants for its future

France is facing a major shift in its nuclear policy – not by shutting down the reactors that supply 70% of its electricity needs, but by studying new types of power plants known as “small modular reactors” (SMR).

State energy giant EDF has so far focused on giant power plants, like the long overdue 1,600 MW site in Flamanville, Normandy, but is now looking for smaller, cheaper SMRs.

They are less than 300 MW, are prefabricated in factories and assembled in the final location, are designed to provide zero-emission and carbon-free energy, be affordable and safer.

EDF is viewing SMRs as an export commodity so that other countries can shut down fossil fuel power plants to reduce global warming. Still, they could be a timely addition to the French market, although France aims to reduce its nuclear dependency from 70% to 50% by 2035.

EDF is catching up in a nuclear field it once led as there are already 50 SMR projects in the world, according to the International Atomic Energy Agency. Russia has a 35 MW floating power plant and plans to supply a gold mine in Siberia with a 50 MW SMR by 2028. China is building a 125 MW unit, and in the US, NuScale Power says it will have an initial unit in Idaho by 2029.

In 2019, EDF signed an SMR research contract with the state research institute CEA, the shipbuilder Naval Group and TechnicAtome, the state group that builds nuclear power plants for France’s submarines and aircraft carriers.

A preliminary date for the construction of the first so-called Nuward reactor has been given for 2030, but it is not clear whether EDF still considers this date to be realistic – and the company is cautious about the costs, which are estimated at around € 1 Billion.

SMRs are considered safer than larger units because they have “passive” safety systems that are simpler than the complex valves and pumps of the huge pressurized water reactor EPR sites.

The strategy of designing and building increasingly powerful units was called into question after long and costly delays at the first two EPR flagship locations in Finland and Flamanville.

Each of them is designed to generate up to 1,600 MW of electricity – 20% more than currently operating reactors – and to reduce radioactive waste by 15 to 30% by making better use of each individual fuel rod.

The Finnish reactor should cost 3.3 billion euros and be completed by 2009, but it still doesn’t produce any electricity. The builders hope that this will be the case by 2022.

It cost at least € 10 billion more, with the French taxpayer taking most of that into account. Problems included French subcontractors using concrete that cracked in Finland’s cold winters.

Likewise, the Flamanville EPR should start producing electricity in 2012 and also generate 3.3 billion.

Recent problems have included faulty welds by unskilled workers, with builders forging security documents to cover up the problem.

The only operational EPR site in China recently suffered a setback when a reactor unit had to be closed to recover a damaged French-made fuel rod.

Solar and wind power are the most cost-effective ways of generating electricity today, but they require an emergency power supply for the power plant at night and when there is no wind.

Tips to cut your gas or electricity bills in France