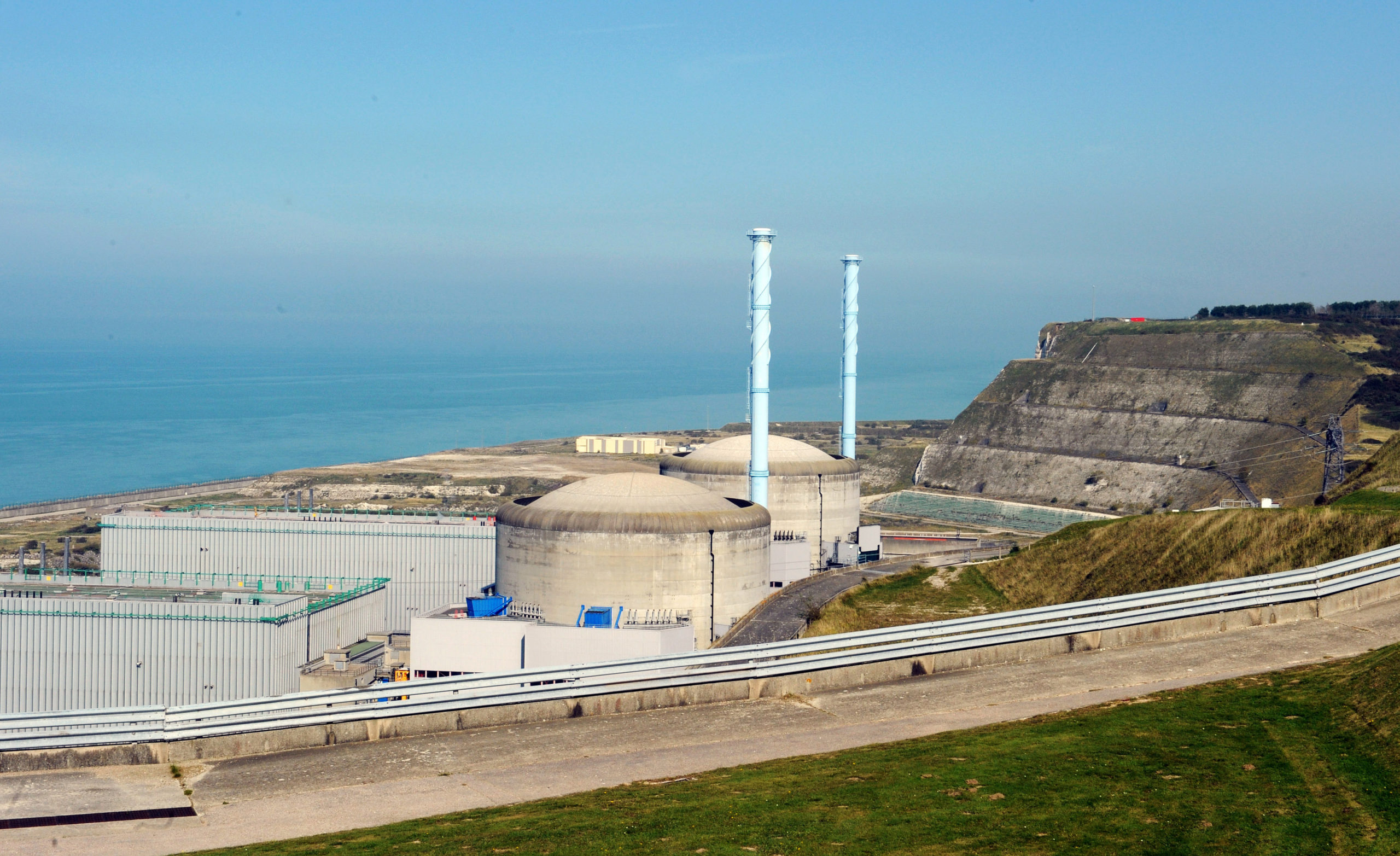 The Penly nuclear power plant on the Normandy coast in 2015.Andia (Universal Images Group via Getty)

At the foot of the limestone cliffs of Normandy, between the green pastures where cows graze and the rough seas of the English Channel, France’s nuclear future is at stake. Penly Nuclear Power Plant is where two new generation reactors will be installed, the first phase of Emmanuel Macron’s plan to combat climate change and ensure energy independence.

The President of the Republic announced this in a televised address on November 9th, turning the discussion around an energy source that seemed obsolete after the accident at the Japanese Fukushima plant in 2011. “For the first time in decades,” says He said, “we will resume building nuclear reactors in our country and continue to expand renewable energies. “

Macron did not provide details, but the public giant Électricité de France (EDF) is working on the hypothesis of six EPR2 reactors, which will go into operation between 2035 and 2040 and cost 46,000 million euros. Macron had already announced an investment of 1,000 million euros in mini-reactors of the SMR type in October.

In Penly, where two reactors have been in operation since the 1990s, and in the villages of this idyllic corner of France, Macron’s words rang like glory. The construction of the new reactors should create 10,000 jobs and secure the survival of the plant for decades.

“When we consider that the fight against global warming is a political priority, there is no solution without nuclear energy,” said Sébastien Jumel, 49, MP for the French Communist Party (PCF) in the National Assembly and former mayor of Dieppe, the fishing port 30,000 Residents 15 kilometers from the Penly nuclear power plant and 40 from the Paluel power plant. “I disagree with the President of the Republic on many things, but I think he made the right decision.”

Jumel and Macron argue that the elimination of CO2 emissions by 2050 cannot be achieved with renewable energies alone. According to the studies the government relies on, the zero-emissions goal is to be achieved without nuclear power, but it would be more expensive or require a drastic reduction in electricity consumption, which western societies seem unwilling to do. For Jumel, it is a priority that it is in the hands of a public company, as is the case with EDF in France.

“Atomic energy is neither left nor right: it is pragmatic,” adds the communist MP in the Penly parking lot at the top of the cliff.

Atomic belief is widespread in France, unlike in neighboring Germany. After Fukushima, Chancellor Angela Merkel announced the nuclear blackout: The last power plants are to be closed by the end of 2022. Spain wants to shut down its power plants in 2035.

The atom has been a foundation of French sovereignty since the middle of the last century. Despite the risk of disaster and the problem of toxic waste storage, it emits almost no greenhouse gases and frees the user from being dependent on producers such as Russia or Saudi Arabia.

Thanks to nuclear deterrence, sovereignty is also geopolitical. After Britain’s exit from the European Union, France is the only country in the club with the atomic bomb that, along with its permanent seat on the UN Security Council, has raised it above the objective power of a European average.

“You have to think in terms of our parents and grandparents to understand,” says Jean Guisnel, co-author of The President and the Bomb. “Between 1870 and 1940 France was invaded three times by foreign troops. It is as simple as that. For this reason, the position of the French political class is invariably to guarantee national sovereignty and the integrity of the territory thanks to nuclear weapons. And that won’t change ”.

Macron made the doctrine clear in a February 2020 speech: “If a leader happens to underestimate France’s instinctive attachment to its freedom and thinks of attacking our vital interests, whatever they may be, he must know that our nuclear forces are capable are doing so, causing absolutely unacceptable damage to their centers of power ”.

Guisnel explains via video conference that in France the connection between civil and military use of nuclear energy is close. “It’s the same topic,” he says, “the same people, the same project.”

For a decade everything seemed to be going against the pronuclear field. Fukushima and the German resignation. The aging of the power plants built from the 1970s as a result of the so-called Plan Messmer, called the Gaullist Prime Minister, who promoted nuclearization in the midst of the oil crisis. Delays and skyrocketing costs in the construction of the new EPR reactor at the Flamanville plant, also in Normandy. The closure of Fessenheim, near the border with Germany. The doubts of successive presidents, including Macron until recently.

And suddenly the stars align. Climate change is not waiting for the expansion of renewable energies. Added to this are the rise in energy prices this autumn 2021 and an environment before the elections in France: the presidential elections are due in April. The prevailing left, center and right discourse coincides: in the face of the pandemic and global instability, sovereignty has priority. Not just the energetic and military. Even the industrialist.

“Without the nuclear industry, there is no way for the country to rise,” says Nicolas Vincent, 42, a delegate from the General Confederation of Trade Unions (CGT) in Penly, where he works with the team that manages the reactor. . His is not just any job, he says: it generates electricity. “I work for the nation, for the good of all, for the common good,” he says proudly.

Françoise and Richard Kobylarz, 69 and 70, retired teachers in Dieppe, are not convinced. With the anti-nuclear collective Dieppe they have been trying for years to convince their fellow citizens of the dangers of neighboring plants (Penly and Paluel), without much success.

“People live in total denial: this is the most heavily nuclearized country in the world by population,” Richard analyzes in his living room. Françoise emphasizes: “It’s a megalomania: France had the Concorde… We love big things. But it ends badly. It’s a miserable flight forward. “

Macron counts the costs and construction time as one of the obstacles to the plan. The background to Flammanville – construction began in 2007, should cost $ 3 billion, and is already $ 19,000 and not yet operational – is not encouraging.

Meanwhile, in Penly and the surrounding towns, villages with modern schools and a cultural and sporting infrastructure unusual for rural France are preparing for the amazing new decade that will double the population. “10,000 workers will come. It’s getting complicated. You need to be housed. And build parking spaces, ”says Patrice Philippe, Mayor of Petit-Caux, the municipality with 9,500 inhabitants, to which the cities of the complex belong. “We’re working on it.”