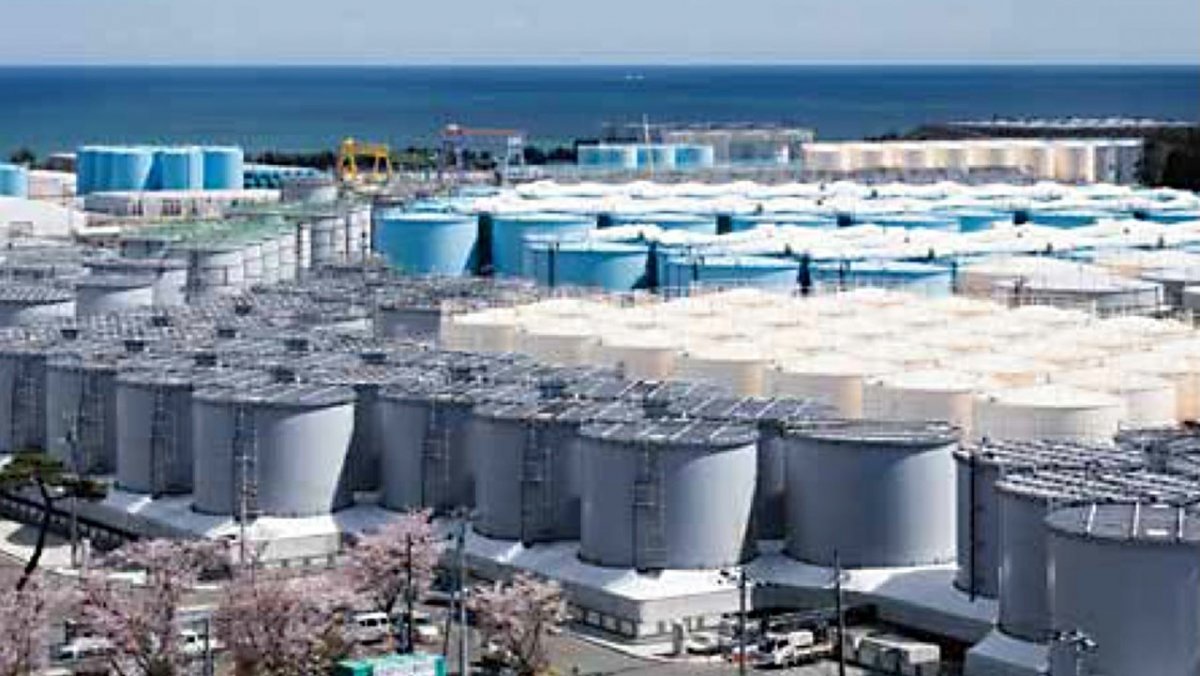 China and South Korea want to take part in monitoring the discharge of treated cooling water from the Fukushima Daiichi nuclear power plant, which was damaged a good ten years ago. According to media reports, IAEA Deputy Director General Lydie Evrard said during a visit to Fukushima that her atomic energy agency would support the process of discharging the water mainly contaminated with tritium, including from both countries, with experts from eleven countries.

The Japanese government decided in August to divert 1.27 million tons of water, which has been used to cool and process the molten fuel rods since the worst-case scenario, through a 1 km long submarine tunnel into the sea. The process is scheduled to begin in March 2023 and will take several years. South Korea and China had reacted to the plans with harsh criticism.

The IAEA had already sent experts to Fukushima several times to inspect the nuclear ruins, and Evrard himself was there these days. According to the South Korean broadcaster KBS, it left open whether the IAEA would ask Japan not to drain the water if it seemed too dangerous.

This week the IAEA agreed with the Japanese government to accompany the discharge of the tritium water and to set a schedule for it. Details were not published, only that a review commission would travel to Fukushima this year. In addition, the IAEA has set up a working group on water disposal that will meet in the coming weeks to prepare the reviews. This review will be based in particular on material submitted by Japan, the IAEA said.

The IAEA has never overseen such a project, stressed Evrard in Japan. Your agency takes care of the project support, especially the aspects of transparency and security. “We will ensure that our review is comprehensive and objective and that the results are clearly communicated to the international community.”

In Fukushima Daiichi, three reactors, in which there was a meltdown after the earthquake and tsunami in March 2011, have to be constantly cooled. The water used in this process comes into contact with the radioactive material and, like the groundwater rising into the building and penetrating rainwater, must be treated. A method known as the Advanced Liquid Processing System (ALPS) is used.

According to the Japanese government, the work carried out so far has reduced the daily polluted water from 540 m3 to 140 m3. About 70 percent of the treated water stored in tanks contained radionuclides other than tritium in concentrations that exceeded legal standards. Therefore it has to be edited again.

Tritium is very difficult to remove because it has the same properties as H2O, explains the Japanese Ministry of Industry. Tritium also occurs in nature, in rainwater and seawater, and is absorbed by humans and excreted again as tap water, which contains 1 Becquerel / L of it. There is no evidence that it accumulates in humans or in any particular organism.

The treated water should be disposed of in the sea, as the storage capacities on site are no longer sufficient. Storing the water off-site is out of the question, as the risk is to be limited to Fukushima Daiichi and negotiations with local politicians would likely take too long. Due to international law, Japan should not sink the water with ships on the high seas.

The Fukushima Daiichi nuclear power plant with its six reactor blocks before the disaster. It is about 250 km from Tokyo as the crow flies. All six units are based on the BWR 3 to BWR 5 series boiling water reactors from the US company General Electric; they were built between 1971 and 1979. Block 1 was originally scheduled to close at the end of March 2011, but the Japanese authorities approved an extension of ten years in February 2011.
(Image: dpa)

If the water were to be discharged in a lengthy process as planned, 22 trillion Bq of tritium and other radionuclides would be released into the sea every year. The Japanese government emphasizes that exposure would not exceed 1 / 100,000 of the natural background radiation in Japan.