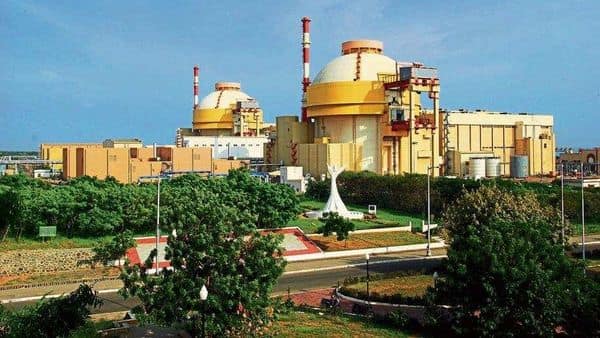 Fukushima’s lesson is the need for effective nuclear regulation

It has been a decade since March 11, 2011 when the strongest earthquake in Japan triggered a tsunami, killing over 19,500 people and displacing over 230,000. It was the country’s worst natural disaster since 1995. The “Great East Japan Earthquake” or “Great Tohoku Earthquake” is better known as the “Fukushima Nuclear Disaster” and is often referred to as Exhibit A in the case of nuclear energy. Yes, the quake and tsunami caused a catastrophic failure of three reactors at the Fukushima Daiichi power plant, left a self-contained radioactive chaos that will take decades to clear, and sparked a mass evacuation that killed 2,313 people. Despite all the horror stories, the actual number of deaths or cases of radiation sickness due to the accident – take a deep breath – is zero. Coinciding with the tenth anniversary of the disaster, a United Nations scientific committee confirmed the results that there were no adverse health effects associated with radiation exposure. Nobody died and nobody got sick from the reactor accident.

That’s not all. The popular narrative often neglects to mention that there were 11 operational reactors in four nuclear power plants in the region – including the three in Fukushima Daiichi. All of them shut down automatically, but the three in Fukushima couldn’t complete the operation. Sixty kilometers away, three reactors in Onagawa were undamaged and safely shut down, although they were closer to the epicenter and had suffered a more severe tsunami. None of this is intended to downplay the human, environmental, and economic damage caused by the Fukushima accident or the risks posed by nuclear power plants. just to put it in perspective. What we have is an argument for more attention to security and governance, not a jerky rejection of nuclear energy as we saw in many Western countries shortly after the incident.

A dispassionate appraisal of technology and business suggests that nuclear energy must be part of civilizational response to climate change. In its latest report, the International Energy Agency points out that wind and solar are already competitive with fossil fuels, but nuclear remains “the shippable low-carbon technology with the lowest expected cost in 2025.” The cost structure for renewable energy must be of energy storage systems if coal and gas are to be replaced for base load capacity. Even if the economics of renewable energies become more attractive over time, in line with current expectations, nuclear power will remain a major source of low carbon diversity. As a country dependent on fuel imports, India needs to invest in renewable energy, but cannot afford to ignore nuclear power.

Vaclav Smil, one of the most thoughtful energy analysts in the world, describes nuclear energy as “a successful failure” as it cannot get any public support despite its ability to deliver. Despite the facts, “Fukushima” is a worldwide one-word argument to silence any debate about building new nuclear power plants.

The nuclear exemption is not a failure of technology or economy. It’s a public order failure. In this sense, India’s 2010 Civil Liability Act is ambiguous in preventing major investment, innovation and the development of nuclear energy. It’s an almost global phenomenon. Aside from Russia and China, which have used the decade since the Fukushima accident to become world leaders in the field, almost every other country has passed laws and policies that choke the development of the nuclear industry.

India has done well to continue investing in nuclear power plants despite the negative global sentiment, but the pace has been slower than estimated and, more importantly, the governance structure of the industry remains unchanged. Contrary to the promise to produce 20,000 MW of nuclear power by 2020, India currently has an operating capacity of 6,780 MW, which is only 2.4% of the electricity generated. In addition to the eight reactors under construction, the government has approved 12 more reactors, which are expected to reach 22,480 MW by 2031.

In response to a question from Lok Sabha, the government said it had no plans to encourage domestic and foreign investment in the sector. This makes Fukushima’s lesson particularly relevant to India. The causes of this accident could be traced back to a poor safety culture resulting from the registration of regulations and poor supervision. Investigators accused “a mindset that emphasizes hierarchy and consent and discourages asking questions”.

If India’s nuclear industry is run by the government for the foreseeable future, it will be all the more important to restructure its governance. The case of a regulator and industrial safety auditor independent of the Indian nuclear power company has been clear since 1995, a point that was repeated in a 2015 review by an independent international group of experts.

The government of Narendra Modi should restructure the civilian nuclear energy company as it was the case in the space sector last year: structural separation of politics, regulatory authority, research and development and commercial operators. Security requires more, timely, and better information. Not everything has to be in the public domain, but an effective governance structure will provide government with better quality information on the state of affairs in the sector.

Nitin Pai is the co-founder and director of the Takshashila Institution, an independent center for research and teaching in the field of public policy

* * Thank you for subscribing to our newsletter.

Guest opinion: The Texas power crisis: What happened, why it happened, and what it means for the future of energy policy – Mountain View Voice