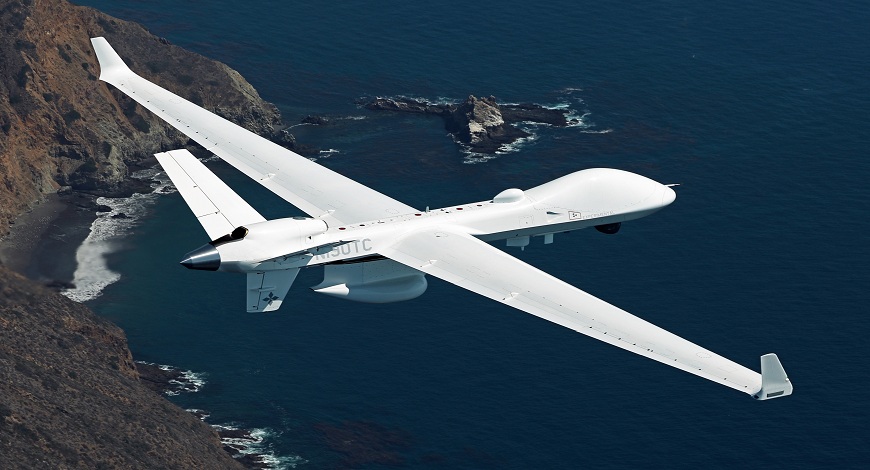 Navy has leased two MQ-9 drones from General Atomics. Can you tell us what drones the GA is offering to the Indian Armed Forces – Indian Army, IAF and Indian Navy?

Vivek Lall: General Atomics offers a variety of unmanned aerial vehicle systems to a global customer base. For India, both SkyGuardian and SeaGuardian MQ-9B aircraft provide the capabilities the Indian armed forces need to address their security concerns.

The MQ-9 platform is a workhorse for the U.S. military with a total of more than 6 million flight hours, most of them in combat situations.

No other platform comes close to offering the capability, responsiveness, interoperability and usefulness of these aircraft, and we believe the Indian people will receive the same high level of investment value that America and others are currently receiving.

Could you provide more details on the India-specific improvement in unmanned aerial vehicle systems (UAS) and whether there is a new commitment to technology and weapon systems?

Vivek Lall: One of the main features of our UAS is its configurability to meet customer requirements. I encourage you to ask for comment on the specific requirements of the Indian Armed Forces.

GA’s advanced HEL (Laser Solid State High Energy Laser) weapon system is designed to combat threats. Can you give us some details?

Vivek Lall: GA-EMS’s Advanced Solid State High Energy Laser Weapon System (HEL) offers proven laser technologies that can detect and defeat a growing number of targets. The system has a laser of the 100 kW class, which is scalable to 300 kW and more, a lightweight, efficient thermal management system, a HELLi-Ion battery system and a compact beam director. The modular, scalable design of the HEL Weapon System from GA-EMS offers significant reductions in size, weight and power consumption for air, land and sea based platforms.

GA-EMS has also partnered with Boeing to jointly pursue opportunities for a 100 kW class HEL weapon system scalable to 250 kW that supports a variety of air and missile defense applications.

Recently, General Atomic developed a compact nuclear reactor – more precisely, a compact fusion pilot plant. How much is this a breakthrough in fusion energy science?

Vivek Lall: General Atomics has been a world leader in fusion energy research for more than 60 years, conducting a series of groundbreaking fusion experiments culminating in the DIII-D National Fusion Facility, the largest magnetic fusion research facility in the United States. GA operates DIII-D on behalf of the US Department of Energy’s Office of Science.

Recently, DIII-D researchers published a new compact fusion power plant concept based on the “Advanced Tokamak” concept developed by the DIII-D program. This enables a more powerful, self-sufficient configuration that holds energy more efficiently than typical pulsed configurations and allows it to be built on a reduced scale and at lower cost.

The compact design of the pilot facility is significant as the U.S. fusion community recently joined forces in a plan by the Fusion Energy Science Advisory Committee to build a pilot facility in the U.S. in the 2040s. That report was followed by another report from the National Academies of Science, Engineering and Medicine, calling for an even more ambitious schedule for deploying a pilot plant in 2035-2040.

Further information on the concept can be found here: https://www.ga.com/us-researchers-design-compact-fusion-power-plant

What significance does it have for limitless carbon-free energy, especially in the wake of the upcoming COP26 debate on the low-carbon economy and nuclear fusion in the energy mix?

Vivek Lall: As global demand for electricity continues to skyrocket and we face the need to generate that electricity cleanly and carbon-free, it will be crucial to develop new and innovative energy sources. Fusion promises to meet those needs with limitless clean energy that could power the entire planet for millennia.

Fusion fuel is made from seawater and lithium, so it is extremely abundant and the density of fusion energy exceeds any other available source. It is estimated that a bathtub of water and lithium in a laptop battery could meet the life-long energy needs of the average person.

The merger would not release harmful gases into the atmosphere, generate long-lived nuclear waste, and is safe enough that it could be located near large population centers that will require enormous amounts of new electricity in the future. As an always available energy source, the merger could complement existing renewable energies. While significant research and development is still required to prove fusion as a practical source of energy that could meet global needs, the potential to do so in a carbon-free way is unmatched.

General Atomics Electromagnetic Systems (GA-EMS) is also working on a design concept for an NTP (Nuclear Thermal Propulsion) reactor to power future astronaut missions. Are there any plans to work with ISRO in this area?

Vivek Lall: GA-EMS is very interested in using nuclear thermal propulsion to increase civil and defense needs in cislunar volume and beyond. We have a long, rich history that dates back to the 1960s, with space nuclear applications for programs like NASA and the Former US Atomic Energy Commission (AEC) Project Rover, NASA Prometheus Project, and the AEC SNAP 10A reactor , the only US nuclear reactor launched into space.

GA-EMS recently delivered a Nuclear Thermal Propulsion (NTP) reactor concept to aid future astronaut missions to Mars for a NASA-funded study. The GA-EMS design exceeded the most important performance parameters and optimized the NTP reactor for manufacturability, the highest figure of merit.

By using our decades of experience with modern technology, we advance the state of the art with NTP concepts that can be used at short notice.