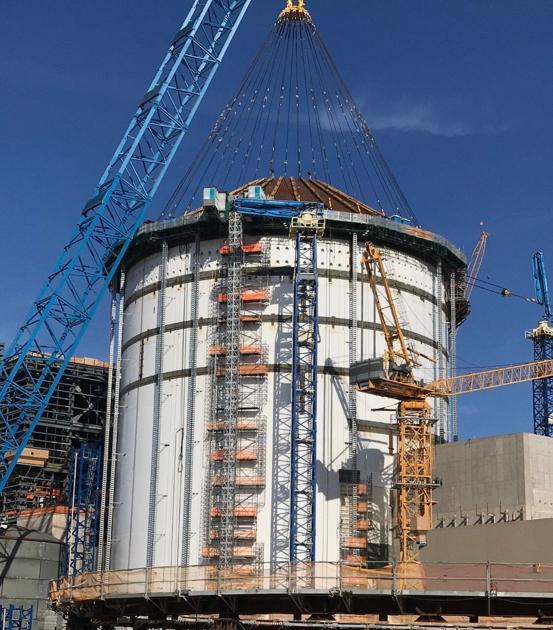 ATLANTA – The first of two new nuclear reactors being built at Georgia Power’s Vogtle plant is not expected to go into operation as planned in November, the Atlanta-based utility announced on Friday.

The project could be delayed by a month or more and cost about $ 25 million per month, Georgia Power said in a report to the US Securities and Exchange Commission.

The nuclear expansion of the facility south of Augusta was originally scheduled to cost $ 14 billion when the Georgia Public Service Commission approved the project in 2009. The price has almost doubled in recent years, largely due to the bankruptcy of Westinghouse Electric, the original main contractor.

To identify the most popular names among the baby boomer generation, Stacker compiled data from the Social Security Agency’s baby name archive and sorted each popular name by the number of babies given that nickname from 1946 to 1964. Click here to get more information.

Georgia Power attributed the delay to “additional renovation work” required before the reactor is tested and fueled. Originally planned for this month, the tests have been postponed to April.

“While [Georgia Power affiliate] Southern Nuclear is still aiming for Unit 3 to go into operation in November 2021, the schedule is being contested, and … a delay is likely, “the SEC filing said.

Kurt Ebersbach, senior attorney for the Southern Environmental Law Center in Atlanta, said he wasn’t surprised by the announcement on Friday, as the start date for the tests had been postponed several times since last August.

Success! An email was sent to with a link to confirm the list registration.

Error! An error occurred while processing your request.

He predicted the delay is expected to be at least three months due to the time it takes to test new reactors and complete the fuel load.

“Georgia Power customers have been paying for this project for over a decade and should start drawing electricity from it five years ago,” said Ebersbach. “These new delays mean Georgia Power shareholders will continue to benefit well while customers receive nothing in return.”

The SELC and other opponents of Plant Vogtle’s expansion have long argued that Georgia Power should pursue renewable energies more aggressively and stop investing in nuclear power. Both Georgia Power executives and PSC members have countered that Georgia must be able to rely on a variety of power generation options to keep electricity tariffs affordable.

The construction of Unit 3, the first nuclear reactor that has been added to the Vogtle plant since the first two reactors were commissioned in 1987, is now 98% complete. The nuclear fuel assemblies for the reactor arrived on site in December.

According to the current schedule, the fourth reactor is scheduled to go into operation in November next year.

PHOTOS: In Your Business at Pyran | Local News