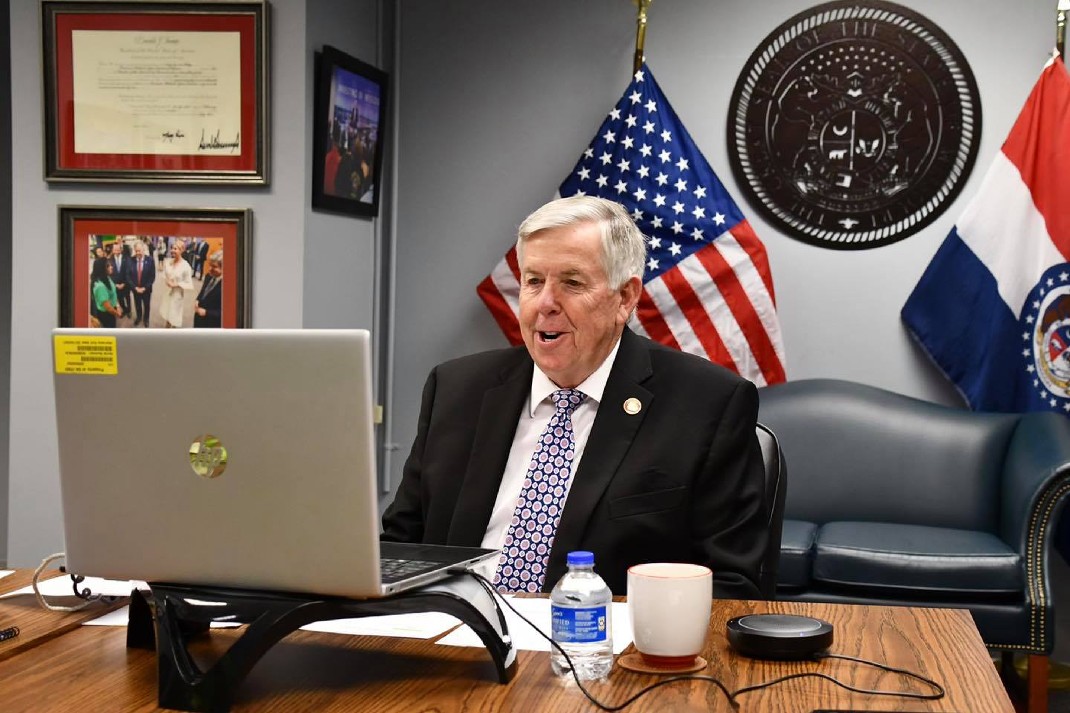 At a hearing of the federal funding committee, university management offered their wish-list for projects that the state could not afford in the past.

And the University of Missouri wants $ 115 million to develop a new research complex in Colombia focusing on nuclear medicine and the campus research reactor.

“I don’t want to speak for governor, but I can tell you that they are genuinely interested in coming up with a proposal that includes some of the big ideas that were out of reach in previous budgets.” “Said Zora Mulligan, Parsons college commissioner, to the committee.

The committee heard from K-12 schools, colleges, and the Department of Natural Resources.

If Parson wants to make a big splash with the budget proposal due in January, he’ll have a lot of money for it.

The Treasury Department already holds more than $ 4 billion in unused funds, with $ 2.6 billion available for almost any purpose permitted by the Missouri Constitution.

The other $ 1.4 billion is federal pandemic aid from the American Rescue Plan Act, passed by the Democrats in March, which has an extensive list of uses related to recreation, economic development, and infrastructure.

The money on the way is nearly $ 4 billion more. There’s an additional $ 1.4 billion in federal general aid and $ 1.2 billion in the next two years because the state expanded Eligibility for Medicaid.

Taxes brought in $ 1 billion more than expected last fiscal year. That’s enough to generate another $ 1 billion surplus in the current year, as the budget was drawn up with significantly lower expectations.

Lobbyist Jim Moody was the state treasurer when lawmakers spent $ 600 million – currently $ 1.5 billion – on a bond issue in the mid-1980s.

“I think you’re going to get some spending that will be a pretty good multiple of what the Third State Building Fund was, let’s say $ 2, 3, or even $ 4 billion,” Moody said. “The big challenge when you get such a big package is how do you make sure you don’t make ongoing commitments.”

The work of the subcommittee began in April when the Missouri Highway Patrol requested $ 88 million for a new academy building while other grant applications were being made. Those looking for federal funding, subcommittee chair Doug Richey, R-Excelsior Springs, said last week must prove its long-term value to the state.

The state’s share is borrowed from the federal government, he said. If Missouri doesn’t spend it, he adds, it won’t be spent.

“We need to manage these dollars effectively because we are ultimately adding to debt that will eventually have to be paid off by future generations,” said Richey. “So that doesn’t mean that ideas that hit this committee’s desk will simply get no, but those that get yes will be projects that are worth the debt.”

Missouri ranks 50th nationwide for starting teacher salaries and 45th for average salary. Only Montana has a lower starting salary. Only Arkansas has lower average wages in the surrounding states, Vandeven said, and the state is spending money to raise wages.

Pay is one of the main reasons the state is struggling to keep enough teachers in classrooms, Vandeven said.

“It is very, very easy for our teachers to cross state lines, and we have to be very careful about that,” she said.

Missouri has a minimum teacher salary law, but there is no mechanism in state law to determine how much local districts pay in excess of that amount. The state does not provide direct grants for teachers’ salaries.

Vandeven said she plans to spend $ 52 million on a program called Grow-your-own, a development program that gives scholarships to high school students who want to become teachers and promises to return to the sponsor district after graduation.

However, her proposals that lawmakers should raise money for the raise met with opposition from some members of the committee. Richey said comparisons ignore Missouri’s generous pension system.

He also said local counties, like the one he lives in, can ask voters to approve new taxes to raise wages.

“So it’s not as if the state of Missouri and our budget are holding us back from funding the foundation formula,” said Richey. “There are other options.”

Vandeven noted, however, that state funds should be used to minimize the differences between rich and poor districts. School districts rely on property taxes and many have too small a base to generate significant new funds.

“It’s a bigger challenge in our communities that can’t,” she said. “And in many cases these are the churches that really need great teachers.”

The $ 172 million requested by the state’s smaller colleges at the hearing last week wasn’t nearly visionary enough for a member of the subcommittee.

“I want to know what it looks like to have a golden opportunity to revitalize institutions, not just a shiny building for each campus or a renovation, one per campus,” said State Representative Kevin Windham, D-Hillsdale. “What about making institutions across the country appear as state-of-the-art institutions?”

Paul Wagner, executive director of the Council for Public Higher Education, had just presented the list. It totaled $ 172.5 million across 10 schools, the smaller four-year universities, and the State Technical College.

“I would say this list is tailored to what the governor asked us to do, which was big, the bigger, more transformative kind of projects,” Wagner said.

The University of Missouri, with four locations, is calling for $ 263 million, Ryan Rapp, vice president of finance, told the committee. Together with the new research center in Columbia, US $ 50 million will be requested for each of the other three locations.

All higher education applications account for 50 percent or less of the total cost, with each campus pledging fundraising or in-house funding for the remainder.

At the Missouri University of Science & Technology in Rolla, UM would put the money into the Missouri Protoplex, an advanced research center for manufacturing. On the Kansas City campus, the money would support the development of the Health Sciences District and a 25 percent increase in UMKC School of Medicine graduates, Rapp said.

On the St. Louis campus, the funds would support the consolidation of the campus and redevelopment of the disused property.

The biggest request, Rapp said, is intended as the next step for the university after the opening of the Roy Blunt NextGen Precision Health building, a $ 214 million, 265,000 square foot research center that was built with minimal government support.

The university has the largest campus research nuclear reactor in the country and wants to develop its potential to supply isotopes for medicine.

“So she really wants to say in the next 10 years how we rebuild this research infrastructure in Mizzou?” asked Rap.

For Windham, the UM system’s request begins to meet its expectations.

“I wish everyone was as aggressive as Mizzou when filing an appropriation request,” he said.

In a post-hearing interview, Wagner said the institutions he represented could come up with more ideas. While Windham wants more, Richey warns that lawmakers will be picky about spending federal funding.

“We look forward to doing business with the committee on these terms,” ​​said Wagner. “Institutions that improve educational opportunities while improving the workforce are exactly the kind of investments that meet these criteria.”

The Missouri Independent is a non-profit, non-partisan news organization dedicated to researching state government and its impact on Missouri residents.