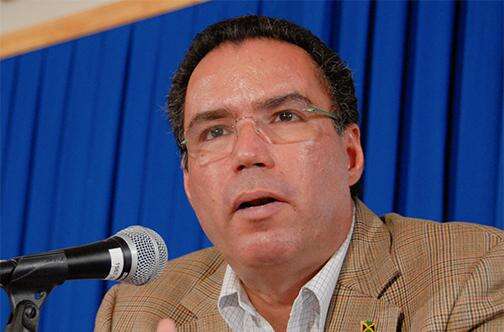 KINGSTON, Jamaica— The Government is looking to incorporate nuclear power in the country’s energy mix as part of the thrust to make eco-friendly options available to all Jamaicans.

Minister of Science, Energy and Technology Daryl Vaz said it will be used as a medium to long-term option.

“It is something that we believe that any country, like Jamaica, would have to think of for energy security, especially because it is [renewable],” Vaz noted.

He was speaking during a Heads of Science Round Table Discussion at the ministry’s office on Trafalgar Road in Kingston.

Vaz said the ministry and, by extension, the Government “recognize the importance of science to nation building”, adding that “it must become a way of life in Jamaica”.

“I am looking towards a bright future… having nuclear power here. Jamaica is a regional leader for nuclear technology and having a nuclear reactor here for the past 40 years that we have run safely and securely, is the foundation for this big step,” he added.

The local facility, which is the only one of its kind commissioned for use outside Canada, has given credence to the possibility of nuclear energy utilization for power generation in Jamaica.

Letters: What are Ukraine’s war aims? To save itself. -Chicago Tribune