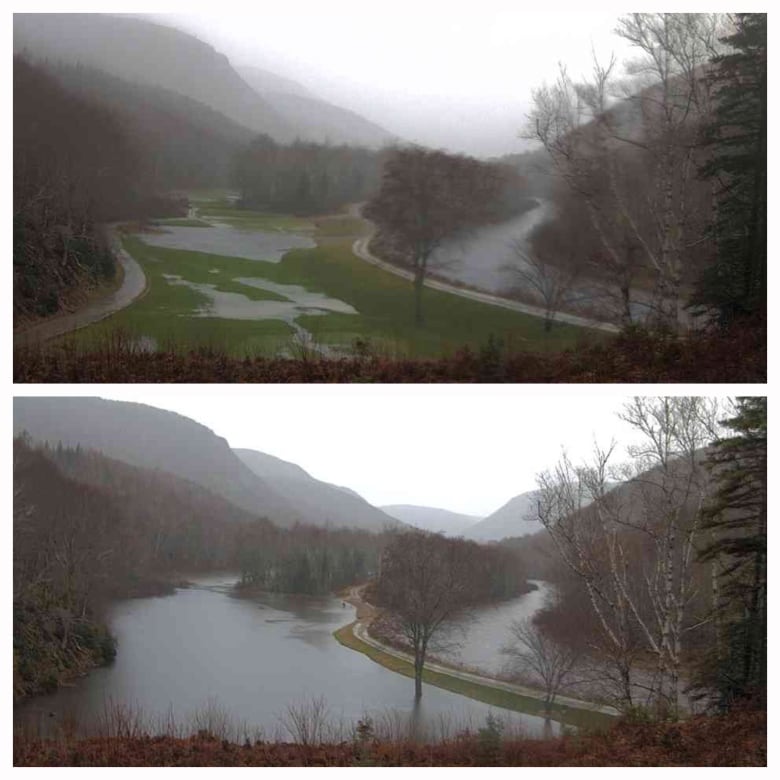 In the face of extreme weather ravaging roads and pounding communities on two coasts of Canada, the New Brunswick Green Party is calling on the Higgs government to act faster to improve provincial infrastructure to cope with the effects of climate change.

Green chairman David Coon says the province should use more of its carbon tax revenue to strengthen roads and bridges instead of subsidizing research on small nuclear reactors.

“You need to start overhauling the provincial infrastructure to withstand an increasingly unstable climate in order to protect communities and New Brunswickers from intense storms and floods,” Coon said.

The double blow of heavy rain, wind and flooding in both British Columbia and Newfoundland and Labrador has shown how warmer temperatures can wreak havoc and costly to communities.

Several holes on the Highland Links Golf Course in Cape Breton remained underwater after Tuesday’s heavy rainfall. The screenshots above were taken every 24 hours on the last Wednesday morning. (Still images from Nova Scotia webcams)

Coon says faster action is needed in this province of 5,500 kilometers of coastline and six islands that are populated year-round.

“We are a coastal province, but very little is being done to protect the people who live in our coastal zone,” he said.

This week, the Higgs government released a list of environmental projects that were funded with $ 34 million of the province’s carbon tax revenue, which it dedicated to a new climate protection fund.

Projects range from culvert studies and climate protection efforts on farms to subsidies for electric vehicles and the development of a “carbon calculator” for companies in New Brunswick.

There’s also $ 75,000 to see how New Brunswick’s forests absorb carbon and offset emissions, and $ 300,000 to help fund the registry for big industry to get their emissions under the provincial carbon pricing system capture. 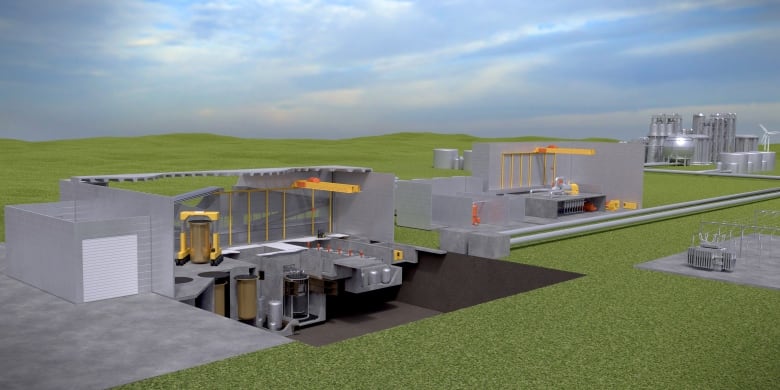 The Higgs government has touted a small modular reactor like this one designed by Terrestrial Energy of Oakville. (Terrestrial energy)

By far the largest item is $ 10 million for research on small modular nuclear reactors, which Coon describes as unproven and costly “pie-in-the-sky technology”.

Environment and Climate Change Secretary Gary Crossman says his officials are busy on a number of fronts, including new flood maps that will be released shortly.

“This ministry and this government have things under control like never before,” he said on Tuesday in the question period.

But the Greens say more needs to be done, faster. Coon said the main road on Grand Manan and major roads on the Acadian Peninsula are at risk from erosion from rising sea levels.

He said the adoption of a coastal zone policy two decades ago was based on the assumption that laws would follow to protect those zones.

“It did not happen. It was not mentioned at all. It is as if the coastal communities in our province do not exist.” 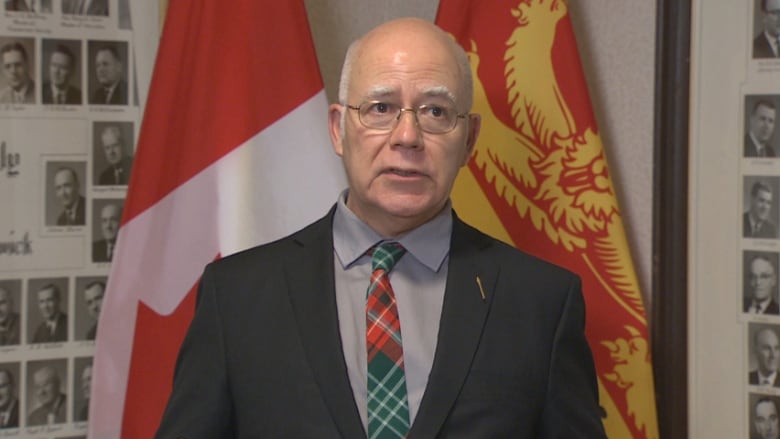 The Greens are also pushing for a study to be published on possible flooding in the Chignecto Isthmus, a narrow strip of land that connects New Brunswick and Nova Scotia near sea level.

A network of levees keeps the tides off the Bay of Fundy, but Memramcook-Tantramar Green MLA Megan Mitton says it is “a great storm away from catastrophic floods”.

The study, funded by New Brunswick, Nova Scotia, and the federal government, was approved first in the spring, then in the summer.

Transportation and Infrastructure Secretary Jill Green agreed that the area is “an incredibly important link” with $ 50 million in trade moved there every day on the Trans-Canada Highway and CN rail line.

She said New Brunswick had taken on the lead on the study and that her department had a draft of the report. They will notify federal and Nova Scotia officials in early December and then release them. 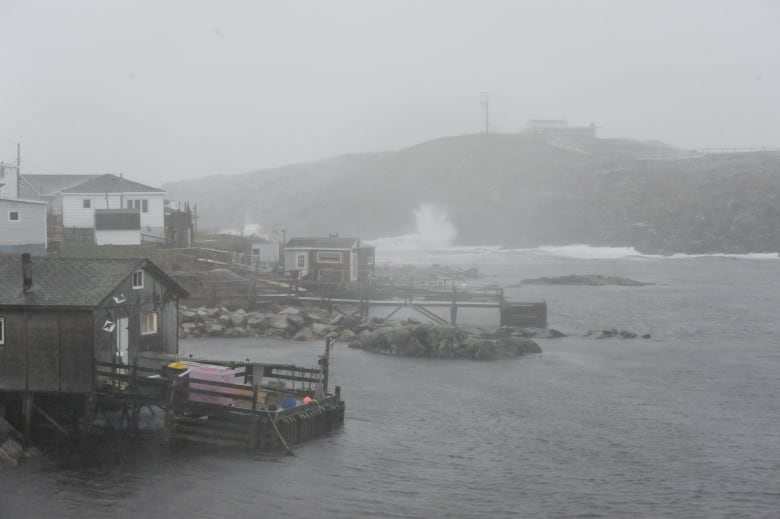 A heavy rainstorm over the southwest coast of Newfoundland should bring another 50mm to 80mm of rain on Wednesday. (Troy Turner / CBC)

He said they also spoke “briefly” about the future of NB Power’s Belledune power plant, the last coal-fired power plant in New Brunswick.

Ottawa’s climate plan calls for phasing out all coal-fired power by 2030, but New Brunswick is calling for a so-called equivalency agreement that would result in NB Power operating the facility by 2040.

According to the province’s proposal, Belledune would emit the same amount of greenhouse gases over this longer period. 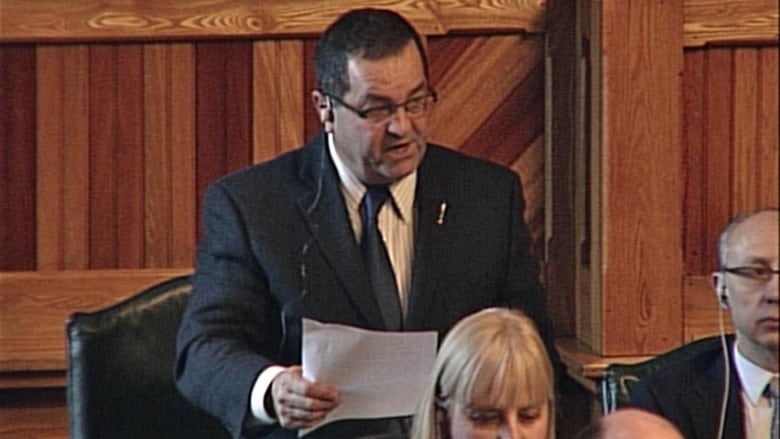 Environment and Climate Change Secretary Gary Crossman says his department is “like never before” on climate change. (CBC)

Speaking at the global COP26 meeting on climate change, Guilbeault said Ottawa remains committed to the 2030 exit, but did not specifically say whether it ruled out an extension for Belledune.

“We asked for flexibility and look forward to the next meeting, hopefully in the near future,” Crossman said this week. “New Brunswick is a small province and we are doing our best to move forward.”

Crossman said a statutory update to the province’s climate change action plan, due by the end of this year, will be released “soon in the new year, very soon.”