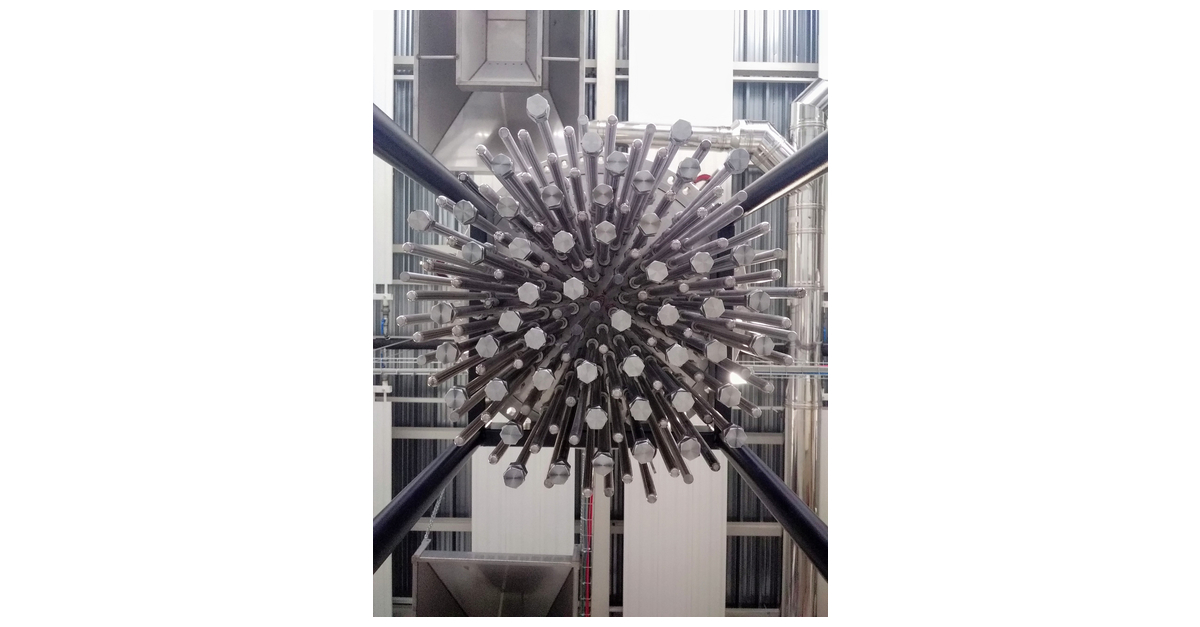 “While much focus is given to hydrogen generation cost reduction, less attention is given to reduction of hydrogen transport cost. Transporting hydrogen is a complex task, it being a small molecule that is difficult to contain. The current compression, storage, decompression, and transport solutions are both economically and environmentally inefficient,” says Andrés Galnares, H2SITE’s CEO.

TECNALIA, Spain’s largest private research center, and the Technical University of Eindhoven realized that 13 years ago and developed the advanced membrane reactors. They combine special membranes with one-process-step reactors to produce onsite, low-cost renewable hydrogen. ENGIE’s R&D entity CRIGEN contributed to the development of the commercial version of the reactor. Intellectual Property was transferred into the newly created H2SITE to commercialize the technology.

H2SITE has since developed these onsite hydrogen generation units. Double skin inorganic membranes with long lifespan, integrated into process units can both crack hydrogen carriers and separate the hydrogen from blends in natural gas infrastructure or purify it in dedicated hydrogen infrastructure.

“Hydrogen is a promising pathway to decarbonize many parts of the economy but transporting it remains one of the biggest challenges. H2SITE has developed a solution that solves the transportation issue and will change the game for how quickly hydrogen can be deployed in already established pipelines which in turn could save billions of dollars in infrastructure costs,” said Carmichael Roberts of Breakthrough Energy Ventures.

H2SITE has shown strong commercial traction in 2022 and has recently been awarded projects to transform ammonia into H2 for the bus fleet in Birmingham, England, biogas into H2 for hydrogen refueling stations in Spain and in France, as well as several separation projects from H2 / natural gas blends in the gas transport infrastructure that are under construction.

“As an early investor from the very beginning of H2SITE journey, ENGIE New Ventures showed its commitment to the development of a promising and versatile technology to scale up sustainable and efficient solutions for industry and mobility needs; this support materialized also through ENGIE developing some commercial projects in H2 refueling stations using H2SITE technology,” said Johann Boukhors, Managing Director of ENGIE New Ventures.

According to BNEF’s New Energy Outlook 2021, the “green scenario” will require 1300M tons of H2 to reach net zero. If only 10% will be separated or transported with H2 carriers at an average cost of 0.5USD/kg, the market size in 2050 will be over 50 billion USD/year in 2050. H2SITE makes it possible to have access to these separation costs as of today and will further reduce them in the future.

“Equinor has high ambitions for clean hydrogen and Equinor Ventures invests in technologies that support the development of novel hydrogen value chains,” says Gareth Burns, head of Equinor Ventures. “H2Site has developed innovative technologies enabling the use of existing natural gas infrastructure to bring clean hydrogen to end users. These solutions have a potential for direct application within Equinor’s future hydrogen projects and I look forward to seeing the technology further developed and deployed,” he adds.

“H2SITE is a unique combination of: excellent research, mostly funded by European Commission framework programs resulting in state-of-the-art membrane reactor technology developed by Tecnalia and TUe; a purposeful entrepreneurial “A-Team”; some of the best smart capital in the realm of decarbonization in the world, topped with strong public support from with the participation of the sovereign funds of the Basque region, EZTEN FCR and Biscay region, SCB in the funding round; resulting in a gazelle massively incorporating top talent and anchoring a regional supply chain. This is the type of deep tech venture building endeavor that Tecnalia Ventures fosters, aimed at unfolding the potential Europe has to lead the global decarbonization challenge,” said Asier Rufino, CEO Tecnalia Ventures and H2SITE Chairman.

“This investment by BEV-E is much needed. The hydrogen economy needs to take off and I believe investments such as the current one may indeed be one of the triggers we’re waiting for,” said Mariya Gabriel, European Commissioner for Innovation, Research, Culture, Education and Youth. “Facilitating hydrogen transport will be important to scale-it-up. This shows that public funds can be married with private funds successfully, as happened with BEV-E. Investments in the energy transition must however take place at an even faster pace if we want to succeed in our climate ambition.”

Breakthrough Energy Ventures Europe (BEV-E) was established by the European Commission, the European Investment Bank and Breakthrough Energy Ventures to invest in innovative European companies and bring radically new clean energy technologies to the market. It was established to support Europe’s best clean energy entrepreneurs whose solutions can deliver significant and lasting reductions in greenhouse gas emissions—H2SITE and this investment in the company is an example of that.

European Investment Bank (EIB) Vice-President Ricardo Mourinho Félix said: “To meet the global climate and energy challenges, we must scale up investment for clean energy technologies. Together with our partners at the European Commission, we are supporting Breakthrough Energy Ventures Europe which is investing in European companies such as H2SITE to find innovative solutions that will put the world on track to net-zero emissions. Transporting green hydrogen from geographies with strong renewable energy resources to demand centers is an important part of the EU hydrogen and decarbonization strategy. At the EIB, we will continue to work with our partners and project promoters to support the clean energy transition in Europe and around the world.”

H2SITE is currently hiring in the Bilbao region. To learn more, follow H2SITE on LinkedIn.

Founded by Bill Gates and backed by many of the world’s top business leaders, BEV has raised more than $2 billion in committed capital to support cutting-edge companies that are leading the world to net-zero emissions. BEV is a purpose-built investment firm that is seeking to invest, launch and scale global companies that will eliminate GHG emissions throughout the economy as soon as possible. BEV seeks true breakthroughs and is committed to supporting these entrepreneurs and companies by bringing to bear a unique combination of technical, operational, market and policy expertise.

BEV is a part of Breakthrough Energy, a network of investment vehicles, philanthropic programs, policy advocacy and other activities committed to scaling the technologies we need to reach net-zero emissions by 2050. Visit www.breakthroughenergy.org to learn more.

Equinor Ventures is Equinor’s corporate capital venture fund dedicated to investing in attractive and ambitious early phase and growth companies. We believe that the innovation, creativity and agility of start-ups can drive change and transition towards a low carbon future.

ENGIE New Ventures (ENV) is the investment fund of ENGIE, Research & Innovation division, dedicated to innovative climate technology startups and the corporate venture capital arm of ENGIE, the global energy and services provider. ENGIE is committed to leading the energy revolution, towards a more decarbonized, decentralized, and digitized world. ENV makes minority investments in innovative start-ups bringing strategic value to the Group with a focus on both the current ecosystem and on future breakthrough technologies. Since 2014, investments have been made in more than 45 solutions in the cleantech sector. Investment thesis is now focused in particular on renewables, energy efficiency solutions and flexibility, green gases including hydrogen. ENV’s offices are represented in Paris, San Francisco, Singapore, Santiago and Tel Aviv.

TECNALIA is the largest applied research and technological development center in Spain, a European benchmark and member of the Basque Research and Technology Alliance. We work with companies and institutions to increase their competitiveness, quality of life of people and achieve sustainable growth. Its main areas of action are digital transformation, smart manufacturing, energy transition, sustainable mobility, urban ecosystem, circular economy and personalized health. (www.tecnalia.com)

Through TECNALIA Ventures, its deep tech venture builder, the center collaborates in the identification and deployment of deep tech business opportunities with commercialization potential, through the development of its technological asset’s incubation acceleration program. (www.tecnaliaventures.com)

EZTEN FCR invests in innovative Basque companies, especially in the areas of biosciences, advanced manufacturing, and clean energy, in order to promote their development.

Public Company attached to the Department of Economic Promotion of the Provincial Council of Bizkaia, intended for the administration and management of various financing instruments. Founded in 1989, Seed Capital Bizkaia, during more than 30 years of work, has always made a firm commitment to promoting innovation, social impact and the promotion and regeneration of the business fabric in Bizkaia.