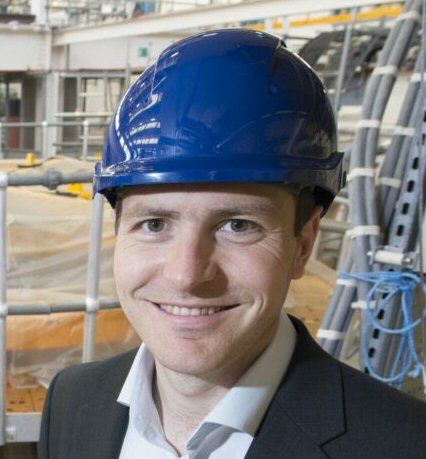 Head of UK Fusion Says Reactor May Not Work As Promised

On Monday, Oct. 3, BBC journalists Tony Roe and Alex Smith reported that a site had been selected for UK’s “first prototype commercial nuclear fusion reactor.” The BBC reported that, according to the United Kingdom Atomic Energy Authority (UKAEA), the fusion power plant would be operational by the early 2040s.

That’s an extraordinary claim considering that no fusion reactor has ever produced enough power to heat a cup of tea, if any such reactor were designed to convert its output to electricity.

The closest any fusion reactor has come to net power production was 25 years ago at the Joint European Torus (JET) in the UK With a 700 million Watt electricity input, JET produced a 24 million Watt thermal output from fusion. That experiment took place on Oct. 31, 1997.

Last year, fusion scientists ran new experiments in JET, but it didn’t fare as well, it only reached 10 MW. JET, the most successful fusion reactor in the world, has come only 1% of the way toward breaking even.

Nevertheless, on Monday, Jacob Rees Mogg, the UK Secretary of State for Business, Energy and Industrial Strategy, told the BBC what the fusion power plan will do.

“The plant will be the first of its kind, built by 2040 and capable of putting energy on the grid,” Mogg said. “In doing so, it will prove the commercial viability of fusion energy to the world.”

Ben Bradley, Tory MP for Mansfield and Nottinghamshire County Council leader, told the BBC that he was convinced that UK scientists had proven that fusion works.

“We’re going to power the nation again and I can’t wait,” Bradley said. “It’s new technology, we’ve proven that it works and north Nottinghamshire is going to be the hub of research, innovation, commercializing that and selling it to the world.”

On Wednesday, Oct. 6, two other BBC journalists, Rachel Royce & Will Jefford, wrote about the same planned fusion reactor but walked back those extraordinary claims.

“The body behind a £20 billion fusion power station set for the Nottinghamshire countryside says there is ‘no guarantee’ it will work,” the BBC wrote.

In fact, the BBC hadn’t mentioned the £20 billion price tag in the first news story, so that part of the headline also provided new, important information.

Royce and Jefford wrote that “specialists” said there were “challenges” to overcome before the technology is able to power homes.” The writers did not identify those specialists or discuss the “challenges.”

New Energy Times has identified many such specialists and challenges with thermonuclear fusion. We have specifically focused on the power claims and the fuel claims. We also maintain a list of scientists who have published concerns about the challenges of fusion.

In Wednesday’s story, the BBC spoke with Ian Chapman, the Chief Executive Officer of the United Kingdom Atomic Energy Authority. The response from Chapman suggests that the BBC writers had presented him with a list of the challenges it had received from specialists.

Here is Chapman’s response to the BBC:

We have done it as experiments in the lab and we’ve shown that we can make fusion happen and we can control it, but we’ve never done it at the scale where it produces electricity and actually powers your home. This will be the first of its kind and I don’t know that everything will work. For sure we have challenges that we have to overcome and that is the point of the next phase of the programme. There is no guarantee that this will work – this is cutting edge technology.

Chapman has had a long history of making false and exaggerated claims about fusion.

The BBC went back to Bradley and, based on his new responses, told him that specialists had expressed concerns. The BBC summarized Bradley’s new perspective: “Even though the prototype plant may never be completely functional, the project is set to bring thousands of jobs to the area.” They also quoted him directly.

“For us in Nottinghamshire, if it works that’s incredible, but either way we’re going to draw in billions of pounds of investment into this area,” Bradley said. “That is important for jobs, for local opportunities for people here. This part of the world used to power the county and it can do it again.”

Perhaps Chapman didn’t fully explain these challenges to Bradley. Or to the UK government when he sold the legislators on funding the concept.