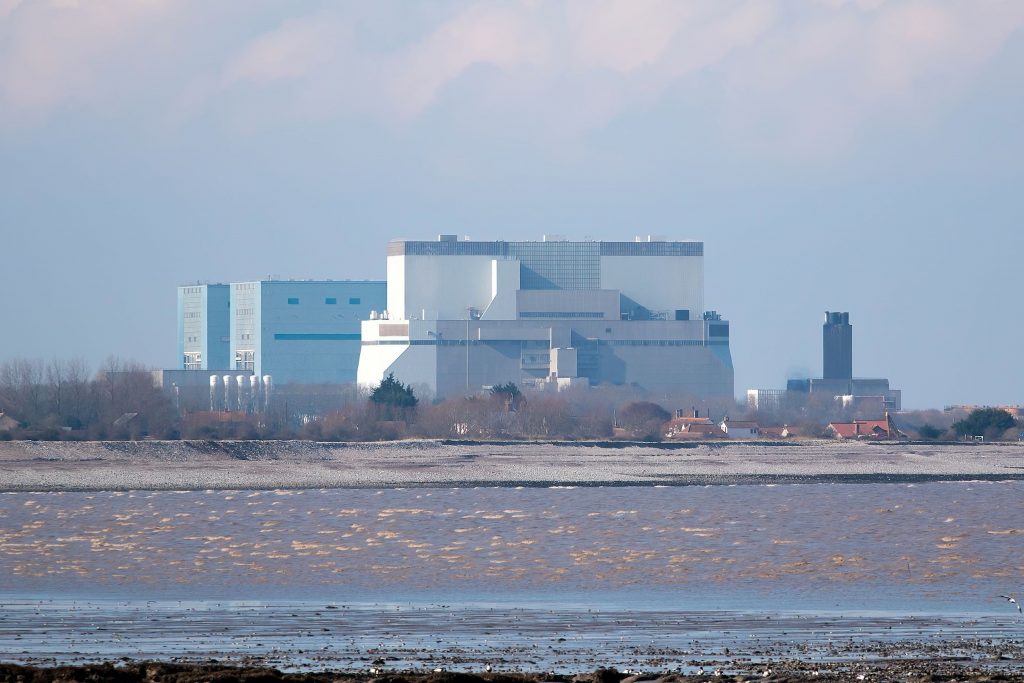 Hinkley Point B closure | How will the UK fill the energy gap?

A range of future energy options for the UK remain on the table following the shutdown of Hinkley Point B in Somerset earlier this week.

The nuclear power plant was the UK’s first Advanced Gas-cooled Reactor and, following a nine year construction period, has been operational since 1976. Over the last 46 years it has contributed about 3% of the UK’s total power needs producing 311TWh – enough to meet the needs of every home in the UK for almost three years

Its original switch-off date was planned by operator EDF for 2016, but careful management allowed it to run safely until Monday this week.

Over the coming weeks and months, teams at Hinkley Point B will undertake major maintenance and improvement projects across the plant to get it ready for the next stage of its life, defueling. This process, expected to last around three to four years, involves removing the remaining nuclear fuel from the reactors and transporting it to Sellafield for storage.

Once that work is complete EDF will hand the station to the Nuclear Decommissioning Authority for the next step of its life, decommissioning.

However, the closure creates a drop in the UK’s nuclear energy capacity and comes at an already challenging time for energy security, with rising global energy prices provoked by surging demand after the pandemic and Russia’s invasion of Ukraine. As such, the government published a new Energy Security Strategy in April – which sets out plans to boost nuclear energy, while also investing in wind, solar and hydrogen.

So what are some of the energy options going forward?

Before the shutdown of Hinkley Point B MPs had, in fact, called for a decommissioning delay for the UK’s aging nuclear power stations to ensure energy security and ease energy price rises. That call came too late for Hinkley Point B but similar options are also being considered elsewhere. German chancellor Olaf Sholz said on Wednesday that it might be necessary to extend the life of the Germany’s three remaining nuclear plants, currently set to close at the end of this year.

In terms of future nuclear projects, the UK energy situation will not be helped in the short term by the recently-announced year-long delay and £3bn cost increase to EDF’s Hinkley Point C nuclear project but, in better news, the government has now Approved plans for the £20bn Sizewell C power station last month.

Going forward, ministers have made a commitment to reaching a final investment decision on at least one large-scale nuclear power station this Parliament. However, there is still a chance that government could back a second large-scale nuclear power station with the future of the Wylfa Newydd nuclear power plant under discussion. New plans for the Wylfa Newydd nuclear site on Anglesey would reportedly see a power plant built costing between £14bn and £17bn.

Overall, the plans set out in the government’s Energy Security Strategy, which was published in April, envisage a significant acceleration of nuclear, with an ambition of up to 24GW by 2050 to come from this source of power. In total, this would represent up to around 25% of the country’s projected electricity demand – and Hinkley Point C delivery director Nigel Cann has previously backed an increase in energy from nuclear power.

Another option could be small modular reactors (SMRs), which are potentially faster to deploy than large scale nuclear. Rolls-Royce is currently developing and designing its SMRs in conjunction with Atkins. The project received £210M backing from the UK government last year, with over £250M more coming from private sources including Qatar’s wealth fund.

Rolls-Royce submitted designs for small reactors at Wylfa and Trawsfynydd, both in Wales, in March, and is expecting to receive UK regulatory approval for its SMR by mid-2024 with a view to powering up by 2029 – two years ahead of schedule.

Meanwhile, Energy and Climate Intelligence Unit senior analyst Jess Ralston feels that there is a strong case for renewables, which are “quicker, easier and cheaper” to get up and running and provide a more secure investment return.

Prime Minister Boris Johnson has previously said offshore wind will produce enough electricity to power every home in the country by 2030 and energy experts have told NCE that offshore wind looks set to become the “backbone” of the UK’s energy mix. Just last month, the installation of the first foundations for 277 wind turbines at Dogger Bank Wind Farm in the North Sea began.

In addition, as a result of the Energy Security Strategy, the government will be consulting on developing partnerships with a limited number of supportive communities who wish to host new onshore wind infrastructure in return for guaranteed lower energy bills. Energy secretary Kwasi Kwarteng has previously said he feels the energy crisis could make people more open to onshore wind farms.

The strategy also outlines the aim to increase the UK’s current 14GW of solar capacity which could grow up to five times by 2035, and to double the government’s ambition to up to 10GW of low carbon hydrogen production capacity by 2030. The UK is considering how to put solar panels into space to boost energy reliability and TPGen24 founder Stuart Murphy also suggested that a combination of hydrogen and tidal schemes could shore up UK energy security.

However renewables are not without their challenges: experts have recently called for development of a reliable method of storing renewable energy at scale after Met Office data showed the extent to which wind speeds are dropping and hours of sunshine are growing.

Several key trends for renewable energy producers were unveiled in the Met Office’s State of the UK Climate 2021 study.

UK Energy Research Center co-director Keith Bell said the key point from the data was the heavy fluctuation seen over time and by geographical location, meaning neither wind nor solar power could be relied on to consistently generate the electricity needed by the country. The University of Strathclyde professor pointed out that while nuclear power could play a part in meeting demand, it wasn’t hugely flexible, and a method of storing and releasing energy was required to balance out the good and bad days for renewables.

Mark Sommerfeld, head of power and flexibility at the Association for Renewable Energy and Clean Technology, agreed that energy storage was a critical part of meeting future power requirements. “The Met Office’s report demonstrates that the impacts of climate change are already being felt across the UK and that policy must focus equally on decarbonisation and adaptation,” he said.

“This is especially true for our energy systems, where we will need a complete range of renewable energy solutions including solar, wind, bioenergy and energy storage to ensure a secure low carbon flexible system: one that can respond to both peaks in demand, as well as changing, and frequently more extreme, weather conditions.”

The continuum of Drosophila embryonic development at single-cell resolution – Science