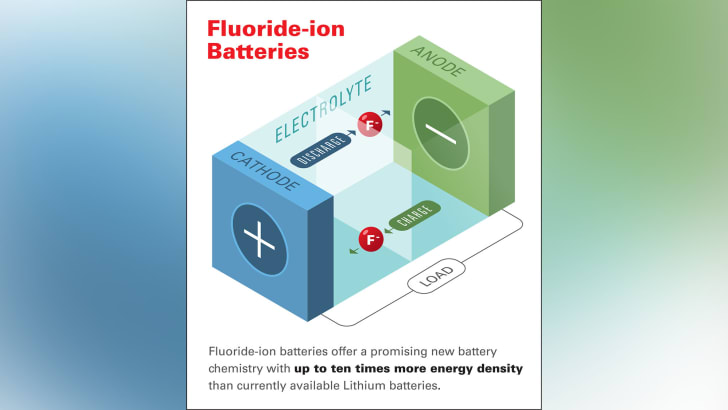 A team of scientists from the California Institute of Technology (Caltech), NASA’s Jet Propulsion Laboratory, and the Honda Research institute have developed a new one Fluoride ion battery.

In an article titled “Room Temperature Cycle of Metal Fluoride Electrodes: Liquid Electrolytes for High Energy Fluoride Ion Cells,” which was just published in Science, the team, led by Victoria Davis, claims a new type of fluoride-ion battery that operates at room temperature is working.

The paper claims that the team’s new battery chemistry with a liquid fluoride ion solution based on “dry tetraalkylammonium fluoride salts in ether solvents” and a copper-lanthanum trifluoride cathode was successfully charged and discharged at room temperature.

According to Dr. Christopher Brooks, chief scientist at the Honda Research Institute and a co-author of the paper, fluoride ion batteries have an energy density about ten times higher than lithium-based units.

“Unlike lithium-ion batteries, FIBs do not pose a safety hazard due to overheating, and sourcing the raw materials for FIBs causes significantly less environmental impact than the lithium and cobalt extraction process,” added Brooks.

The automaker says fluoride-ion battery technology could one day be used for electric cars and other applications where energy density is important.

Honda has not yet indicated how far this technology is from being commercially viable.