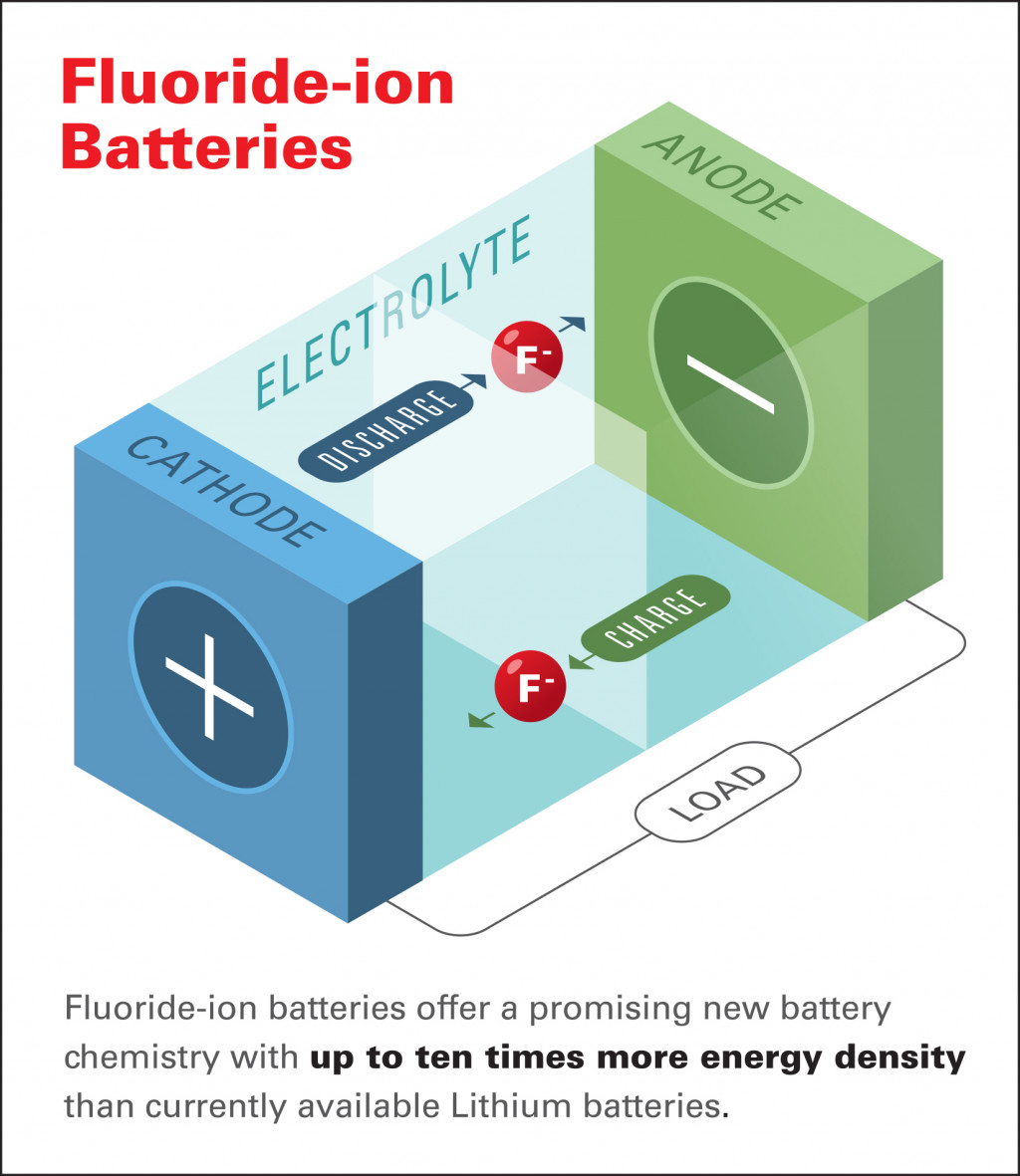 Researchers around the world are searching for the successor to the lithium-ion battery for electric cars, power tools, and electronics – one that stores more energy with less size and weight, charges faster, and improves safety.

All battery chemistries involve compromises. The challenge for the researchers is to figure out how to mitigate the negative effects while maintaining the benefits of various chemical processes.

Honda is the youngest automaker to invest in the next big breakthrough in battery technology – not in more advanced lithium-ion systems like solid-state lithium-ion cells – but in a completely different battery chemistry.

With researchers from CalTech and NASA’s Jet Propulsion Lab in California, Honda published a report in Science magazine on new fluoride ion batteries that are currently being developed.

Fluoride ion batteries have long been a viable chemistry, except for one thing: in order for ions to flow through their solid electrolyte, they had to be operated at more than 300 degrees Fahrenheit. Driving this hot in a car, or especially on a mobile device, could be catastrophic.

Honda says that by using a stable fluoride liquid electrolyte made from tetraalkylammonium fluoride salts dissolved in an organic fluorinated ether solvent, a cell can be created that conducts electricity at room temperature to provide power and recharge. The cathode is a nanostructure made of copper, lanthanum, and fluorine that resists dendrite growth that can cause premature failure and even thermal runaway in a lithium-ion cell.

The researchers say the cell can operate over a wide range of voltages.

Honda says the cells do not pose a safety hazard from overheating and believes they can achieve energy densities that are up to ten times higher than the theoretical limits of lithium-ion batteries. Higher energy densities could allow automakers to build cars with a range of 300 miles or more with smaller, lighter, and cheaper batteries.

Another benefit, the automaker said, is that the batteries are easier to source than lithium and cobalt, which would cause less environmental damage when they are mined and refined.

Japanese automakers in particular (with the exception of Nissan) were skeptical of the use of lithium-ion technology and instead focused on fuel cells. Several executives and engineers at Japanese automakers have said they are waiting for the next big breakthrough in batteries beyond lithium-ion before they start making the switch to electric cars.

Fluoride ion rechargeable batteries could be such a breakthrough.