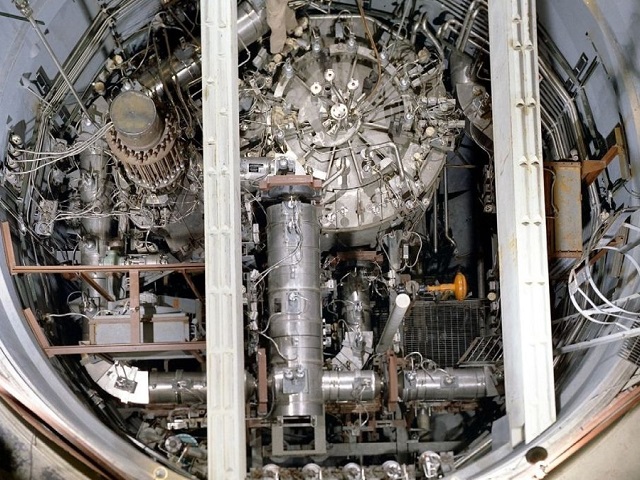 China has plans to build the First experimental nuclear reactor of its kind that does not require water for cooling and is safer than conventional reactors.

The molten salt nuclear reactor that keeps running liquid thorium instead of uranium, It is expected to be safer because the molten salt cools and solidifies quickly in the air, isolating the thorium. Therefore, any potential leak would emit much less radiation into the environment compared to leaks from conventional reactors.

The prototype reactor is due to be completed next month, with the first tests starting in September. This paves the way for the construction of the world’s first commercial reactor. It should be built by 2030.

• The experimental nuclear reactor does not require any water and can therefore be operated in desert regions.

• It is operated with liquid thorium and not with uranium.

• The first commercial reactor of its kind will be in the desert city of Wuwei.

• The Chinese government plans to build more such nuclear reactors in the deserts and plains of western China.

• The Taklamakan Desert, also known as the “Sea of ​​Death”, is the second largest sand desert in the world. It could be a potential location for waterless reactors.

• China is also planning to build reactors in the 30 countries participating in China’s Belt and Road initiative.

• China regards the export of nuclear energy as an important part of its “Belt and Road” initiative, as this will help to optimize its export trade and free up domestic high-end production capacities.

How will the nuclear reactor differ from conventional reactors?

• The commercial nuclear reactor will run with liquid thorium instead of uranium. Thorium is a radioactive metal that is much cheaper and more abundant than uranium and cannot easily be used to make nuclear weapons.

• The molten salt reactors work by dissolving thorium in liquid fluoride salt instead of using fuel rods before sending it to the reactor chamber at temperatures above 600 degrees Celsius.

• When hit by high-energy neutrons, the thorium atoms turn into uranium-233, an isotope of uranium, which can then split, releasing energy and more neutrons through a process called nuclear fission.

• This triggers a chain reaction that gives off heat to the thorium salt mixture, which then passes through a second chamber where excess energy is extracted and converted into electricity.

• In addition to being safer, thorium is a much more abundant source of energy because almost all of the thorium degraded is thorium-232, the isotope used in nuclear reactions. In comparison, only 0.72 percent of the uranium extracted is uranium-235, which is used in traditional nuclear reactors.

• The waste products from uranium-235 nuclear reactions remain highly radioactive for up to 10,000 years, including plutonium-239, which plays a key role in the manufacture of nuclear weapons.

• Therefore, traditional nuclear waste must be kept in lead containers, isolated in secure facilities to ensure that it does not fall into the wrong hands.

• By comparison, the waste products of the thorium nuclear reaction include uranium-233, which can be recycled in other reactions, and other by-products with an average “half-life” of 500 years. The half-life is the time it takes half of the radioactive atoms in the substance to decay into a non-radioactive state.

When will the nuclear reactor be ready?

The prototype will be tested for the first time in September. After successful tests, China plans to build its first commercial thorium reactor. The experimental reactor will be able to generate around 100 megawatts of electricity, which will be enough to supply around 100,000 people with electricity.

However, it must be paired with other devices like steam turbines to produce usable electricity.

The concept of the molten salt reactor was first developed in the United States in 1946 as part of a plan to develop a nuclear-powered supersonic jet.

However, the experiment and the many others that followed were hit by roadblocks as the corrosion caused by the hot salt cracks and the weak radioactivity of thorium made it difficult to build nuclear fission reactions to sustainable levels without adding uranium.

Therefore, all research into thorium was not stopped until 60 years later when Chinese researchers solved these technical problems.

Could Wylfa’s ex-funder step in if CGN is removed from UK nuclear projects?