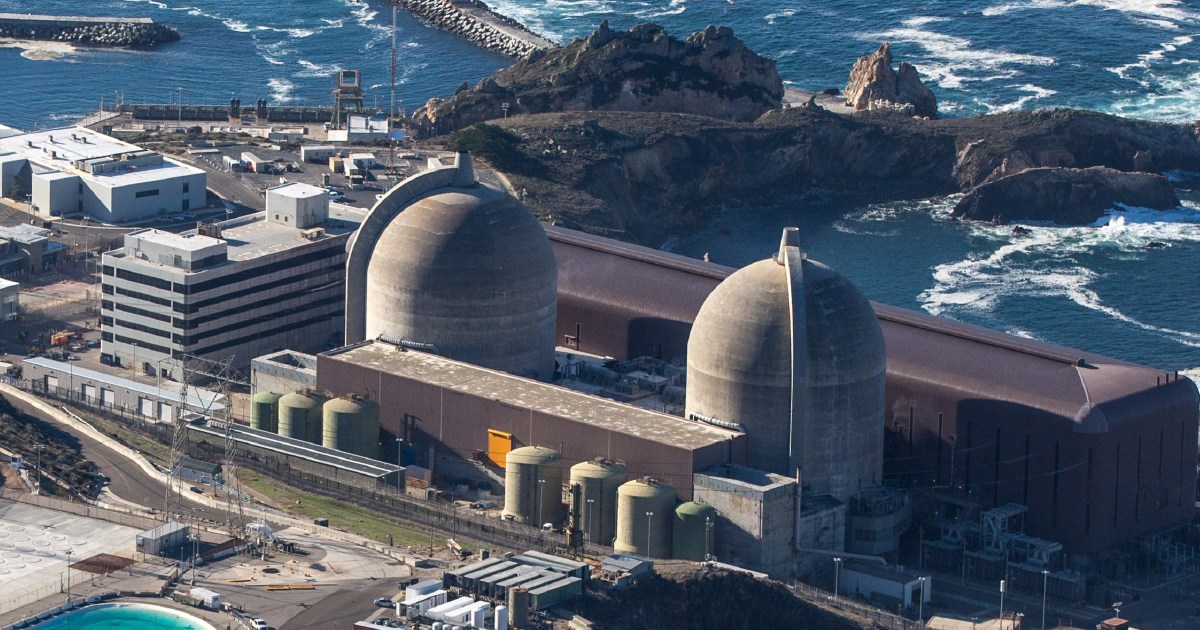 Climate goals and the energy crisis are pushing countries to double the lifespan of their nuclear reactors.

The allure of carbon-free power is stronger than ever. As countries are desperate to lower emissions and reach climate goals, the world also faces a shortage of traditional fossil fuels. The answer to this contradiction has taken an unlikely turn: Keep nuclear reactors running for far longer than anyone ever expected.

How long? Already, many of the world’s facilities are scheduled to run far beyond what’s considered the typical 40-year lifespan. Operators are pushing to keep some reactors running for as long as 80 years — even beyond the average 77-year life expectancy of American people. Now, researchers are even starting to consider whether the machines can keep generating electricity for 100 years.

US Fleet Is World’s Largest, and Among the Oldest

Note: Reactors in long-term outage in Japan and India are not included Source: IAEA, BP AND WNISR data compiled by Bloomberg

By the end of the decade, two-thirds of the world’s currently operating nuclear reactors will be running on borrowed time, splitting uranium atoms longer than they were ever designed or licensed to, in a risky experiment with planetary consequences.

“They never were expected to run as long as they have,” said Chris Gadomski, head nuclear analyst for BloombergNEF. “I’m not sure I’d want to live next to a reactor that’s 100 years old.”

Where the 80-Year Reactors Will Be in the US

Six reactors have received extensions for up to 80 years, and operators of 25 more have applied for or announced they will seek the same renewal

Note: PG&E has applied for 20-year extensions for two Diablo Canyon reactors in California but, to date, only plans to operate through 2030 Sources: Nuclear Regulatory Commission, Nuclear Energy Institute

Just a few years ago, the idea of ​​generating power from a century-old reactor was unthinkable. But the US and the European Union have committed to cutting greenhouse gas pollution by at least 50% by 2030, and more than 70 nations have set net-zero targets. Pressure is mounting to find ways to meet those targets — and fast. That’s forcing the world to weigh the risks of nuclear power, which has no carbon emissions, against uncontrolled climate change and natural disasters.

The UK, where reactors currently generate about 15% of electricity, wants to boost that figure to 25% by 2050. The US meanwhile is pouring $6 billion into nuclear subsidies to maintain its aging fleet. France has plans to build new plants, while countries including Belgium, Finland and Slovakia are extending reactor lifetimes. Germany, one of the world’s biggest nuclear holdouts, granted a reprieve to three units scheduled to shutter in 2022. Even Japan — home of the 2011 Fukushima disaster — is reembracing atomic power.

Most US Reactors May Require Extensive Repairs by 2050

Note: 2023 and 2050 figures do not include reactors under construction Sources: Nuclear Regulatory Commission, World Nuclear Association

Before the recent shift, decades of criticism, opposition and financial struggles forced closures — sometimes prematurely — for nuclear reactors in Western economies. Investment had also drained out of the industry, and construction of new plants dwindled. Even if developers were to start breaking ground today, construction of large new plants often require more than a decade, which won’t be fast enough for the urgent task of driving down carbon emissions by 2030.

With so few new plants in the pipeline, the nuclear revival can come no other way but on the backs of aging reactors.

The biggest risks are obvious: Brittle concrete and steel in aging facilities can raise the threat of accidents if not maintained and repaired properly. To be fair, since commercial nuclear power plants started operating in the decade after World War II, there have only been a handful of accidents. While they are rare, they also carry enormous potential for disaster.

Two Parts of a Nuclear Reactor That Can’t Be Replaced

Aging plants require costly repairs and upkeep to maintain safe working conditions, but damage to the containment building or reactor vessel could render them inoperable

The 1986 Chernobyl meltdown led to dozens of direct deaths and rendered a swathe of land three times larger than New York City uninhabitable for centuries. Millions were exposed to the potentially cancer-causing radiation. Twenty-five years later, the Fukushima Dai-Ichi meltdowns in Japan forced more than 100,000 people to flee and will still require decades and tens of billions of dollars to bring under control.

The fact that reactors have never before operated for this long puts the industry in uncharted territory, making an already debated power source riskier.

There’s also the expense and environmental risks of disposing of reactor waste, which remains dangerously radioactive for thousands of years. Seven decades after the first reactors started generating power, most countries have yet to build centralized depots where long-term waste can be contained. That all underscores why nuclear generation has been in steady decline: dropping from about 18% of the world’s electricity in the mid-1990s to roughly 10% today.

Countries like Germany, which has long been split over nuclear energy, are now stuck in a tough place. Natural gas supplies are limited, and Russia’s prolonged war in Ukraine is making the picture even more tenuous. Meanwhile, reliance on wind, solar and hydro power has proved unwieldy — as seen with California’s seemingly constant threat of summer blackouts and the surge for European energy prices last year. Part of nuclear’s appeal is that unlike renewables, reactors deliver around-the-clock power, on cloudy days or during the still of night.

Many experts also argue that it would be all but impossible to reach the world’s net-zero goals by 2050 without increasing nuclear power. Low-carbon sources provided about 40% of the world’s electricity supply in 2021 — only about 4 percentage points more than 20 years earlier. That’s because while renewable energy scaled up, nuclear generation scaled down — these sites were sometimes replaced by gas plants, driving up carbon emissions.

Rafael Mariano Grossi, director general of the International Atomic Energy Agency, dubs the long-term operation of the plants “the unsung hero in the fight against global warming.”

Once due to be shutdown in 2025, the controversial Diablo Canyon power plant operated by Pacific Gas & Electric will apply for a license extension to stay open until at least 2030. Photographer: George Rose/Getty Images North America

With the polarized debate rapidly swinging in the direction of more atomic power, officials are reversing or delaying closure plans. Japan, which shut all its plants after the Fukushima disaster, is moving to restart more of its reactors and is debating extending some of their lifespans. Germany delayed closing its last reactors. In the US, just weeks after the most recent closure in May, officials were calling to reopen the facility in part to help meet local climate goals.

Facilities are extending the typical 40-year license for an additional 20 years, and some have done so twice, effectively doubling their life expectancies. Extensions typically require detailed inspection and maintenance plans — there’s no international body that regulates the industry, so oversight is left to individual countries.

As long as operators are willing to invest in regular repairs and upgrades, “there’s really nothing technically stopping them from running forever,” said Jessica Lovering, executive director of Good Energy Collective, a policy research group that promotes nuclear power.

Duke Energy Corp., one of the biggest US power companies, is already making plans to run its fleet of 11 reactors until they’re 80 years old. The strategy was initially based mostly on economics, because it made sense to keep a big power plant in operation, said Rounette Nader, the company’s director of license renewal. But in recent years, the ability to deliver carbon-free electricity on demand has become more valuable.

“Climate was a factor, but it wasn’t as big a deal as it is today,” she said. “It’s become much more important.”

As plants age, operators should expect more frequent, and more costly, repairs. And they need to be ready for unexpected issues that can pop up with any large, complicated system. That could mean more downtime for power plants that are prized in part because they are designed to run around the clock.

That’s what’s happening in France, where nuclear generation fell to a three-decade low in 2022 after Electricite de France SA discovered stress-corrosion cracks at 16 of the country’s 56 reactors. Electricity from atomic plants will remain about a third below its peak in 2023 as engineers finish repairs.

The Golfech EDF nuclear plant in southwestern France. One of its two units is offline due to stress-corrosion maintenance issues. Photographer: Charly Triballeau/AFP

A rigorous maintenance program may help prevent long outages, said Duke’s Nader. The company’s reactors are in service on average more than 90% of the time. That’s better than in the industry’s early days, when nuclear plants ran closer to 80% of the time. She said that operators have gained expertise in recent decades, notably with better-managed refueling outages that are now much shorter.

“The plants are operating better than they ever have,” Nader said.

But even with regular service, there are some components that just can’t be repaired. That includes the huge containment vessel that houses the most radioactive components.

So far, at least, that risk has yet to stop what seems to be a wholesale shift in views toward nuclear power.

“The calculus is changing on keeping these plants open,” said Lovering of Good Energy Collective. “The economics haven’t shifted, but the climate economics have shifted.”

There’s Bipartisan Opposition to Another Nuclear Dump in New Mexico