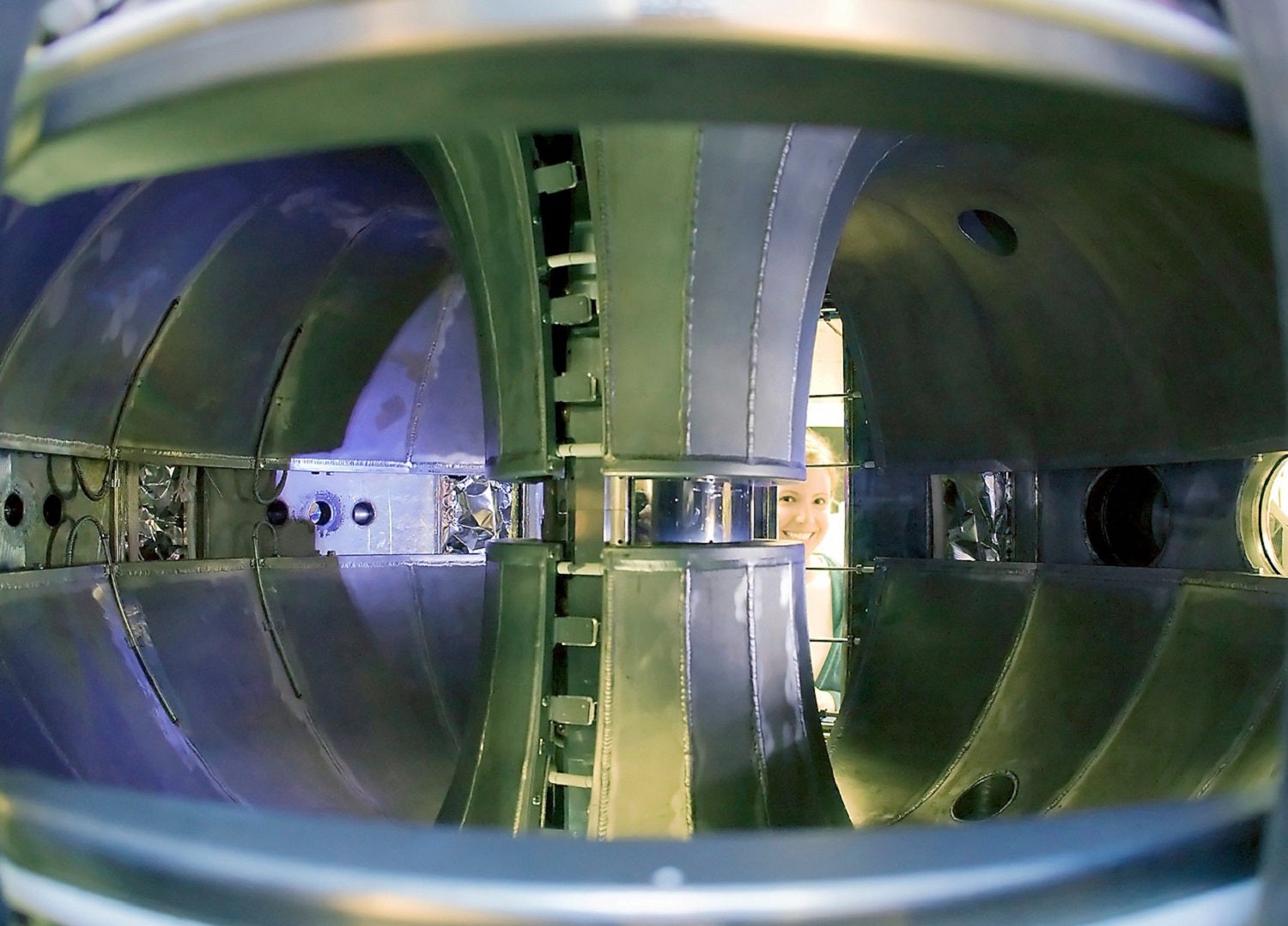 How nuclear fusion could use less energy

For decades, if you asked a fusion scientist to picture a fusion reactor, they’d probably tell you about a tokamak. It’s a chamber about the size of a large room, shaped like a hollow donut. Physicists fill its insides with a not-so-tasty jam of superheated plasma. Then they surround it with magnets in the hopes of crushing atoms together to create energy, just as the sun does.

But experts think you can make tokamaks in other shapes. Some believe that making tokamaks smaller and leaner could make them better at handling plasma. If the fusion scientists proposing it are right, then it could be a long-awaited upgrade for nuclear energy. Thanks to recent research and a newly proposed reactor project, the field is seriously thinking about generating electricity with a “spherical tokamak.”

“The indication from experiments up to now is that [spherical tokamaks] may, pound for pound, confine plasmas better and therefore make better fusion reactors,” says Steven Cowley, director of Princeton Plasma Physics Laboratory.

[Related: Physicists want to create energy like stars do. These two ways are their best shot.]

If you’re wondering how fusion power works, it’s the same process that the sun uses to generate heat and light. If you can push certain types of hydrogen atoms past the electromagnetic forces keeping them apart and crush them together, you get helium and a lot of energy—with virtually no pollution or carbon emissions.

It does sound wonderful. The problem is that, to force atoms together and make said reaction happen, you need to achieve celestial temperatures of millions of degrees for sustained periods of time. That’s a difficult benchmark, and it’s one reason that fusion’s holy grail—a reaction that generates more energy than you put into it, also known as breakeven and gain—remains elusive.

The tokamak, in theory, is one way to reach it. The idea is that by carefully sculpting the plasma with powerful electromagnets that line the donut’s shell, fusion scientists can keep that superhot reaction going. But tokamaks have been used since the 1950s, and despite continuous optimism, they’ve never been able to mold the plasma the way they need to deliver on their promise.

But there’s another way to create fusion outside of a tokamak, called inertial confinement fusion (ICF). For this, you take a sand-grain-sized pellet of hydrogen, place it inside a special container, blast it with laser beams, and let the resulting shockwaves ruffle the pellet’s interior into jump-starting fusion. Last year, an ICF reactor in California came closer than anyone’s gotten to that energy milestone. Unfortunately, in the year since, physicists haven’t been able to make the flash happen again.

Stories like this show that if there’s an alternative method, researchers won’t hesitate to jump on it.

The idea of ​​trimming down the tokamak emerged in the 1980s, when theoretical physicists—followed by computer simulations—proposed that a more compact shape could handle the plasma more effectively than a traditional tokamak.

Not long after, groups at the Culham Center for Fusion Energy in the UK and Princeton University in New Jersey began testing the design. “The results were almost instantaneously very good,” says Cowley. That’s not something physicists can say with every new chamber design.

Despite the name, a spherical tokamak isn’t a true sphere: It’s more like an unshelled peanut. This shape, proponents think, gives it a few key advantages. The smaller size allows the magnets to be placed closer to the plasma, reducing the energy (and cost) needed to actually power them. Plasma also tends to act more stably in a spherical tokamak throughout the reaction.

But there are disadvantages, too. In a standard tokamak, the donut hole in the middle of the chamber contains some of those important electromagnets, along with the wiring and components needed to power the magnets up and support them. Downsizing the tokamak reduces that space into something like an apple core, which means the accessories need to be miniaturized to match. “The technology of being able to get everything down the narrow hole in the middle is quite hard work,” says Cowley. “We’ve had some false starts on that.”

On top of the fitting issues, placing those components closer to the celestially hot plasma tends to wear them out more quickly. In the background, researchers are making new components to solve these problems. At Princeton, one group has shrunk those magnets and wrapped them with special wires that don’t have conventional insulation—which would need to be specially treated in an expensive and error-prone process to fit in fusion reactors’ harsh conditions. This development doesn’t solve all of the problems, but it’s an incremental step.

Others are dreaming of going even further. The world of experimental tokamaks is currently preparing for ITER, a record-capacity test reactor that’s been underway since the 1980s and will finally finish construction in southern France this decade. It will hopefully pave the way for viable fusion power by the 2040s.

Meanwhile, fusion scientists are already designing something very similar in Britain with a Spherical Tokamak for Energy Production, or STEP. The chamber is nowhere near completion—the most optimistic plans won’t have it begin construction until the mid-2030s and start generating power until about 2040—but it’s an indication that engineers are taking the spherical tokamak design quite seriously.

“One of the things we always have to keep doing is asking ourselves: ‘If I were to build a reactor today, what would I build?'” says Cowley. Spherical tokamaks, he thinks, are beginning to enter that equation.