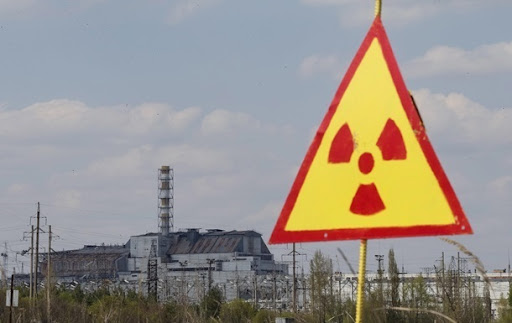 HOW TO SOLVE THE PROBLEM OF RADIOACTIVE WASTE IN UKRAINE

This waste was recycled and some of the radioactive material suitable for reuse in industry or other areas was left behind. Unsuitable materials that have been processed to an acceptable level of radiation protection will return to Ukraine.

According to the representatives of the Public Council of the Ministry of Ecology and Natural Resources of Ukraine, the construction of the repository is carried out not only in violation of the deadlines specified in the project documentation, but also in violation of current legislation.

According to the government agreement, the start of the import of glazed HAA from the Russian Federation to Ukraine after processing and aging is planned for the beginning of 2023. Firstly, HAA are generated from the processing of nuclear fuel from nuclear power plants with VVER-440 reactors (pressurized water reactor with 440 MW electrical power).

That is, it will be the return of recycled fuel from the Rivne Nuclear Power Plant, as such reactors are located there. The amount of this waste is 260 cubic meters. And from 2025 HAA from nuclear fuel processing will be imported from Ukrainian nuclear power plants with VVER-1000 reactors. This is waste from spent and recycled fuel from the Khmelnytskyi nuclear power plants and southern Ukraine.

In total, not only 590 cubic meters of such HAA will return to Ukraine, but also more than eight thousand cubic meters of medium-level radioactive waste. In order to store this waste safely, however, three storage facilities must be set up on a construction site.

In 2009 a law was passed according to which the construction of any particularly dangerous nuclear facility – a new nuclear power plant or research reactor – takes place after a separate law has been passed for each new facility.

This was done in order to ensure a broad discussion and participation of the people’s deputies in the adoption of such a serious decision. The same rule applies to repositories for the storage of spent nuclear fuel or highly radioactive waste with a design durability of more than 30 years. This is exactly the case.

According to environmentalists, it is unacceptable to run tenders for the construction of camps without legal requirements. On August 11, 2021, the state-owned specialist company “Central Company for the Disposal of Radioactive Waste”, which is under the direction of the State Agency of Ukraine for the Management of Exclusion Zones, announced for the fourth time the tender “Construction of an interim storage facility” for high-level waste ( HAW), which will return from the Russian Federation after the reprocessing of spent nuclear fuel from Ukrainian nuclear power plants. “

The representatives of the Public Council also emphasized that the approved project of the repository (as of 2019) represents a further gross violation of applicable regulations without an appropriate legal basis.

In view of the current state of the matter and taking into account the need for additional research, the development of technical specifications for equipment important for radiation protection and their coordination with the State Nuclear Supervisory Authority of Ukraine (SNRIU), construction cannot start until 2023 at the earliest.

That means, even if the construction deadlines (24 months) are met, the acceptance of the HLW WWER-440 cannot begin until 2026 at the earliest. that have accumulated in the Chernobyl NPP, built 2001-2020), it is generally difficult to determine clear deadlines for construction completion.

In addition, according to environmentalists, there is a problem of insufficient funding for building storage facilities for HAA. According to the current regulations, such storage facilities are financed from the State Fund for Radioactive Waste Management of Ukraine, which is replenished by “Energoatom” at the expense of environmental tax. In January-December 2020, the environmental tax was 1,015,004 thousand UAH. At the same time, the estimated cost of the object is 4,112,739,805 UAH in 2019 prices (which will increase from 2022 and in subsequent years due to inflation and rising raw material prices). Even if the environmental tax is only accumulated for the construction of the storage facility, the State Fund for Radioactive Waste Management will have funds of UAH 4,060,018,508.72 at the end of 2023, which may have a negative impact on the project completion dates.

As a way out of the situation, the following can be suggested:

First of all, it is necessary to recognize the existence of the problem at the state level.

Second, urgent consultation with experts and the expert community.

Thirdly: pass the relevant law immediately, carry out a qualitative environmental impact assessment, rewrite the terms of the tender and so on. To do this, the National Security and Defense Council must work – this is clearly a national security problem. And the parliament. And the president who can submit the above mentioned law.