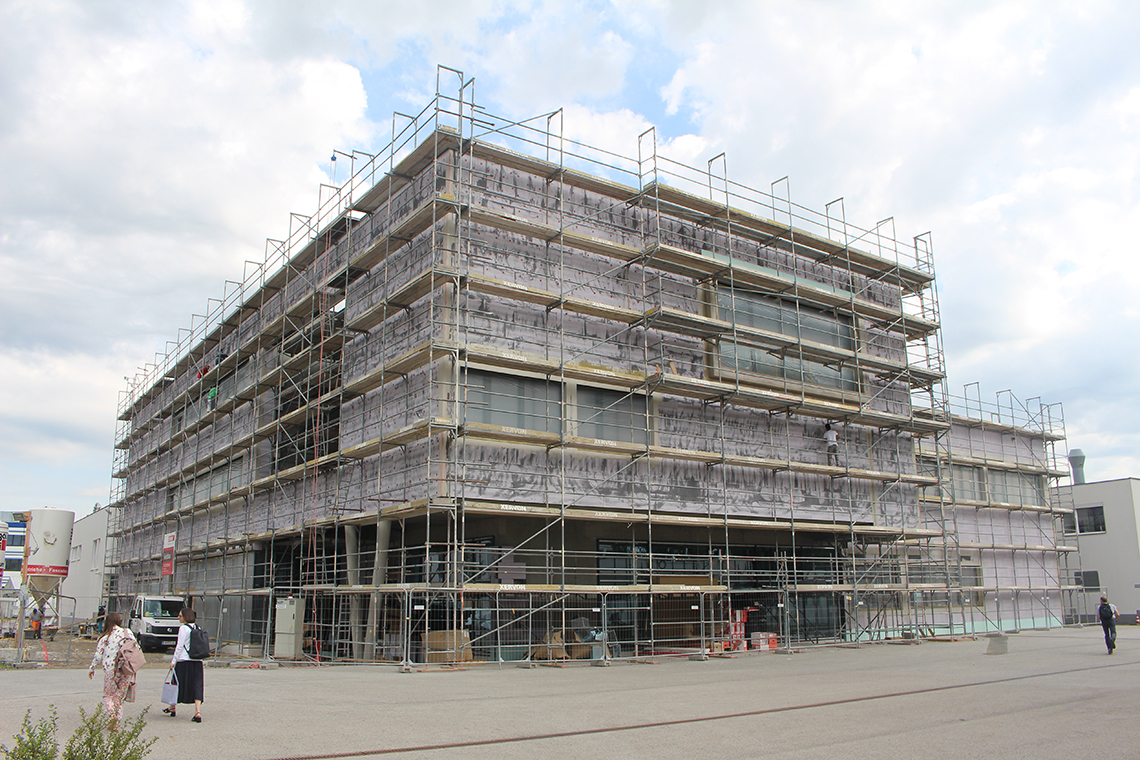 One year after a ceremony to break ground for an international nuclear security training center at the IAEA’s facility in Seibersdorf, near Vienna, a near-complete building is now visible.

Belgium, the Republic of Korea, Saudi Arabia, the United Kingdom and the United States of America have donated 12 million euros to the construction and development of the first ever international Nuclear Security Training and Demonstration Center (NSTDC). Construction is on track to be completed by the end of the year and – assuming that remaining funding needs are met through further contributions – the Center can become operational in the fourth quarter of 2023.

The Center will house state-of-the-art technical equipment that will help provide advanced training to specialists and experts implementing complex nuclear security projects. It will help strengthen countries’ abilities to tackle nuclear terrorism and prevent the illicit trafficking of nuclear and other radioactive material.

“This Center will enable the IAEA to effectively respond to the ever-increasing requests by countries for practical nuclear security training,” said Elena Buglova, Director of the IAEA Division of Nuclear Security. “Its construction would not be possible without the funds and the support of donor countries, which has transformed the NSTDC idea into an actual facility, where specific nuclear security training courses will be offered soon to participants from all over the world.”

“In parallel with the on-site construction work, the IAEA is developing new training courses, workshops and other activities for the NSTDC,” Buglova added.

When complete, the Center will offer around 50 training courses for a total of around 1000 trainees per year on various topics. These include the physical protection of nuclear material and associated facilities, nuclear security for radioactive sources, nuclear forensics and crime scene management techniques, nuclear security measures when preparing for major public events, computer security, and security when transporting nuclear and other radioactive materials. Hands-on training will be conducted on demonstration systems and in virtual reality environments, emulating security systems used at nuclear power plants, research reactors and border crossings.

The IAEA has provided training in nuclear security since the early 1970s. However, requests for training have increased in recent years due, in part, to the 2016 entry into force of the Amendment of the Convention on the Physical Protection of Nuclear Material (A/CPPNM) – the only legally binding international instrument in the area of physical protection of nuclear material. Additionally, as increasing amounts of nuclear and other radioactive material are used globally for peaceful purposes and more countries embark on nuclear power programs or start construction of research reactors, training needs have also increased.