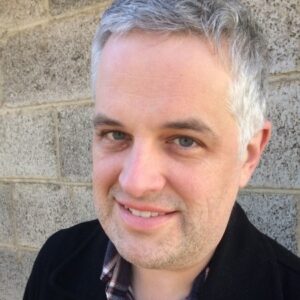 Inside Clean Energy: With offshore wind energy, bigger is much cheaper

Five years ago, when workers built the first offshore wind farm in the United States off Rhode Island, the 6-megawatt turbines were almost disoriented in size, almost twice the height of the Statue of Liberty and its pedestal.

But big gets bigger.

Last month, GE Renewable Energy announced that it had started operating a prototype 14 megawatt offshore wind turbine in the waters off Rotterdam in the Netherlands, almost three times the height of the Statue of Liberty and its base.

Siemens Gamesa and Vestas, two other leading turbine manufacturers, are developing 15 megawatt models. Growth will continue, with companies and analysts saying a 20 megawatt turbine is within reach.

This race to build bigger turbines has a practical purpose. As turbines get taller and increase their generating capacity, they become more efficient and their electricity becomes cheaper for consumers.

A paper recently published in the journal Applied Energy shows the magnitude of the savings with a level of detail not previously available. Research by the National Renewable Energy Laboratory shows savings of 24 percent per unit of electricity for a hypothetical wind farm with 20 megawatt offshore wind turbines compared to a wind farm with 6 megawatt turbines.

The cost reduction is so great that offshore wind becomes competitive with electricity costs from natural gas power plants. (Onshore wind and solar are still cheaper than any other alternative).

“A 20 percent change is significant, it’s very significant,” said Matt Shields, an engineer in the energy lab and lead author of the report.

In context, he found that savings of 1 or 2 percent can sometimes make the difference in making a project financially viable for developers.

Shields told me he was surprised at the level of savings. The results are particularly significant, he said, because they fail to take into account the non-financial benefits of offshore wind, such as the climate benefits of clean energy and the fact that offshore wind farms can be built near metropolitan areas.

In states like New Jersey and Virginia that have laws to build offshore wind turbines, this research shows that the policy can be implemented inexpensively. The same applies to national goals, such as the goal of the Biden government to build 30 gigawatts of offshore wind energy by 2030.

The authors of the paper created a model of the cost and power output of two wind farms:

The larger one has a higher upfront cost and is more expensive to maintain on an annual basis, but it generates much more power and does so more efficiently than its smaller counterpart. As a result, the larger wind farm has a major advantage in terms of the cost per unit of electricity.

Shields said it is important to note that the cost benefits come from economies of scale in individual turbines as well as from increasing the capacity of the wind farm as a whole. So bigger is better in several ways.

ICN offers award-winning climate reporting for free and advertising. We depend on donations from readers like you to keep going.

You will be forwarded to the ICN donation partner.

While that 24 percent cost reduction is a lot, the paper says there are many ways to reduce costs even further, including streamlining the process of installing turbines and finding more efficient ways to get power from the turbines to shore.

Shields said the potential for additional cost reductions is one of the most encouraging aspects of his research.

“It gives us an indication of where to go next and what other innovations are needed,” he said.

But it’s important to note that 20 megawatt wind turbines don’t exist yet, partly because the industry hasn’t figured out how to build, deliver, and assemble such large parts.

The US offshore wind industry does not yet exist in any significant form either. It consisted mostly of big announcements about projects that still require regulatory approvals and whose construction has not started in years. The 30-megawatt Block Island wind farm is still the largest in the country.

So if you’re looking for a tangible sign that the potential Shields outlined could be realized, keep an eye out for some very large machines being set up south of Martha’s Vineyard.

Project is drilling for lithium in the Salton Sea: An oil rig is working near the coast of California’s Salton Sea to develop a project that will supply electricity and lithium, as Sammy Roth reports for the Los Angeles Times. The Hell’s Kitchen project would bring hot water to the surface that would be converted into steam that would generate electricity in a geothermal power plant. The water also contains high levels of lithium, the metal that is an important part of lithium-ion batteries. The project has the potential for several clean energy benefits, but it is not yet clear whether the system will work or be profitable.

Small nuclear reactor plans are advancing in tandem with the lofty talks: X-energy is developing a power plant with four small nuclear reactors in Washington as part of a nuclear industry push to build a new type of nuclear power plant. The industry hopes that small reactors are easy, inexpensive to manufacture and provide a reliable source of carbon-free electricity, reports Hal Bernton of the Seattle Times in a partnership with Inside Climate News. But the reactors are not without controversy. Inside Climate News’s Bernton and Judy Fahys also cover the prospects for small nuclear reactors in Wyoming. While these plants are optimistic, critics say this is just a new flavor in technology that comes with the same old concerns about safety and high cost.

Rivian had $ 0 in sales and is now the 3rd Most Valuable Automaker in the World: After its stock went public last week, electric truck maker Rivian has a market value of $ 140 billion, more than any other global automaker except Toyota and Tesla, Allison Morrow reported for CNN. Rivian has not yet made any money. The company produced only a few of its debut trucks, with the first orders mostly going to employees. Investors are bullish because Rivian has huge support from Amazon and the company’s truck has received rave reviews in the automotive media.

Inside Clean Energy is ICN’s weekly bulletin with news and analysis on the energy transition. Send news tips and questions to [email protected]

Dan Gearino covers the American Midwest and is part of ICN’s National Environment Reporting Network. His coverage looks at the business side of the clean energy transition and he writes ICN’s Inside Clean Energy newsletter. He joined ICN in 2018 after nine years at The Columbus Dispatch, where he covered the energy business. Prior to that, he worked in politics and economics in Iowa and New Hampshire. He grew up in Warren County, Iowa, south of Des Moines and lives in Columbus, Ohio.