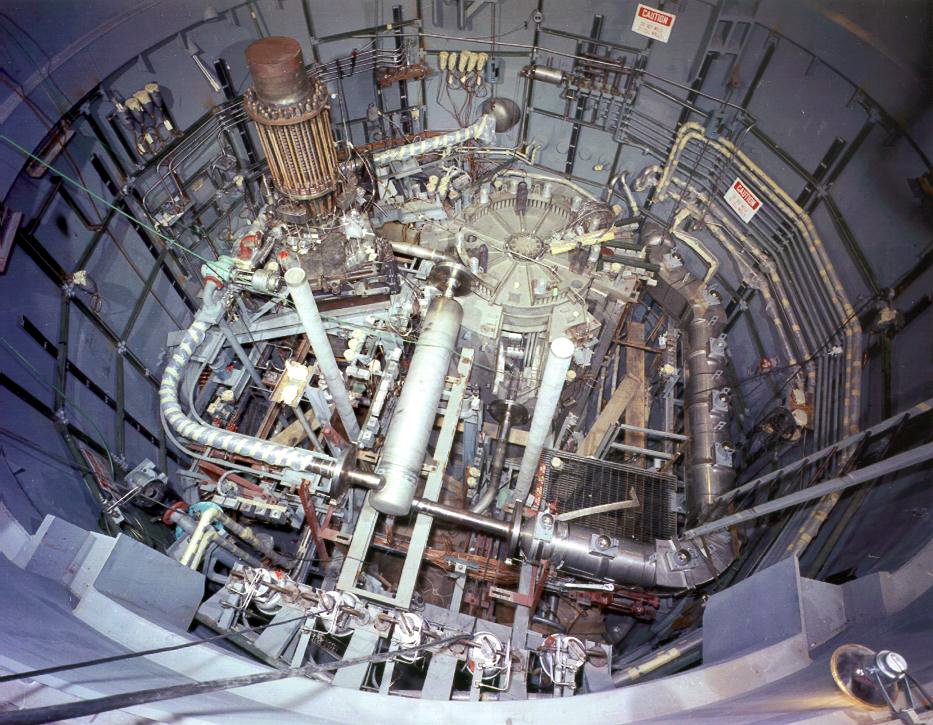 Look at the word thorium.

What do you see?

Those familiar with Norse mythology or the Marvel comics may find that the root of the word Thor is the name of the god of thunder. Known for his strength and power, Thor wields a hammer and controls lightning and thunder.

The name alone implies a superhuman strength, a superior energy. And the element doesn’t disappoint …

Thorium is a radioactive chemical element found in soils and rocks. In its purest form it appears as a silver metal, but when heated in air it becomes like a white light, like lightning.

Thorium is currently used in things like light bulbs and camera lenses. It can produce a high quality refractive glass, and its high melting point can enable ceramics to withstand high temperatures.

You see, thorium’s ultra-high melting point cannot only be useful in ceramics. Heat resistance is something that scientists and energy specialists alike are desperately trying to do with nuclear energy.

One of the biggest problems with nuclear power plants is the meltdown that can occur if the uranium is not properly cooled. We saw this tragically in Japan in 2011 when an earthquake and tsunami caused a series of meltdowns at the Fukushima Daiichi plant. The fact that the only other disaster of this caliber was the Chernobyl disaster in 1986 has done little to calm the minds of world governments and energy companies. This simply highlighted the tragedy that can come with it.

This is why the properties of thorium are so sought after. If the material were practically fusible, the possibilities for clean energy would be endless.

There is only one problem: Thorium is unable to sustain a nuclear reaction on its own.

Thorium’s inability to sustain a nuclear chain reaction creates a problem, but it is not without a solution.

The material can actually prove to be very effective when combined with a fissile material – one that can sustain a nuclear reaction.

These materials include uranium-233 (which is actually an isotope of thorium), enriched uranium (U-235), and plutonium (Pu-239).

The use of thorium in a nuclear reaction significantly reduces waste production; Of the waste generated, radioactive elements are also lowered. In combination with weapons-grade uranium, for example, a researcher from the University of Oslo found that thorium can help reduce radioactive waste by up to 95%.

And the safety of a thorium reactor is much higher compared to one with uranium. As mentioned earlier, the high melting point of thorium makes a core melt much less likely.

The liquid fluoride thorium reactor (LFTR), a type of molten salt reactor, is touted by many as the best solution for thorium-powered nuclear energy. In these types of reactors, thorium and uranium fluorides are combined into a salt mixture that is heated into a molten substance that is then used to fire the reactor.

These reactors have the potential to be self-sustaining as they can produce U-233 (the thorium isotope).

Flibe Energy, a company founded by nuclear technologist and former NASA aerospace engineer Kirk Sorensen, is doing research on LFTR technology to ultimately turn these reactors into not just electrical power generation, but areas as diverse as desalination and cancer treatment and space exploration.

Still, the fissile material that enables a thorium reaction is actually quite difficult to supply …

There has been a steady stream of U-235 in the US for years, but that goes out this year.

After the fall of the Soviet Union in 1991 and the Lisbon Protocol in 1992, the US and Russia agreed on the US-Russian Agreement on Highly Enriched Uranium, known as the “Megaton to Megawatt Program”.

Under the terms of the 1993 agreement, Russia would dismantle Soviet nuclear warheads and convert 500 tons of high-enriched uranium to low-enriched uranium, which would be sold to the US for use in nuclear reactors.

By 2013, ten years after the start of the program, all 500 tons are to be converted. As a result, the U.S.’s continuous uranium supply came to a standstill in 2013.

But for thorium, it may not be as bad as it seems. After all, U-235 is not the only fissile material that could be combined with thorium for a nuclear reaction …

U-233, an isotope of thorium, can react with thorium for a nuclear reaction. And this is the focus of the LFTRs, as this could lead to the self-sufficiency of these reactors with the recycled waste.

It is not easy. Thermal growth, as the process is called, requires the reactor to produce more fissile material than it consumes, and it requires a highly specialized type of reactor.

Regular nuclear reactors are unable to reproduce to the point where it is unnecessary to add more fissile material. However, many LFTRs are designed as breeder reactors. While thorium would have to be added to these reactors on a regular basis, the addition of U-233 would not be required. The reactions would produce enough fissile material to sustain it on its own.

Investing in thorium can be difficult as it is not yet being used for nuclear power generation. Companies like Flibe Energy, which focuses on thorium reactors, are still private.

However, there are several companies working on thorium solutions that you can add to your portfolio …

While neither company reported significant mining of thorium, both are well positioned to benefit should demand for the metal spike.

As thorium reactor testing continues in countries like Norway and India and big investors like Bill Gates (whose company TerraPower also started testing thorium reactors) get involved, attention to the metal will only increase …

Research on these reactors will lead to implementation and that will result in profits for the well-positioned investor.

Thorium is the nuclear fuel of the future. Keep a close eye on this.

The best free investment you will ever make

Our analysts have traveled the world to find the best and most profitable investments in the global energy markets. All you have to do is join our energy and investment community and sign up for the daily newsletter below.

You will also receive our free report, Lost rare earth mine could be worth billions from our resident expert Jeff Siegel.

The best whitening toothpastes that will keep you smiling all summer…