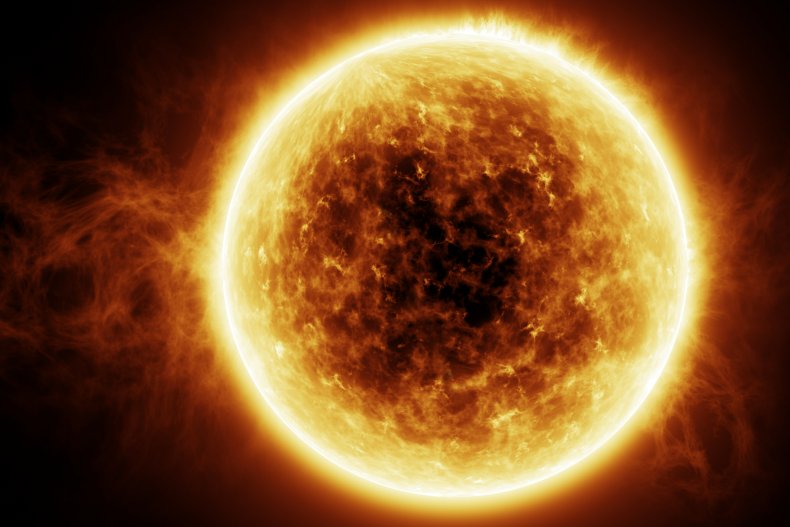 Is Nuclear Fusion Hotter Than the Sun?

Nuclear fusion has been the talk of the town lately because of some milestone breakthroughs bringing us closer to a world with the possibility of infinite free energy.

Nuclear fusion is most commonly seen when hydrogen atoms combine to form a helium atom, but it is also possible for a number of other periodic elements. During this fusion reaction, huge amounts of energy are released, and this process powers the sun and other stars.

A stock image shows the surface of the sun. Nuclear fusion requires temperatures of 27 million degrees F, which occurs at the sun’s core.
iStock/Getty Images Plus

However, for the reaction to occur in the first place, large amounts of energy are needed inside the system to get the atoms to collide. This essentially means that it needs to be very, very hot.

“In the fusion experiment at the National Ignition Facility [NIF]it was reported that it reached 3 million Celsius [5.4 million F],” Carolyn Kuranz, a director of the University of Michigan’s Center for Laboratory Astrophysics and a professor of nuclear engineering and radiological sciences and applied physics, told Newsweek.

Other nuclear fusion experiments have achieved temperatures of up to more than 100 million Kelvin, or 180 million F. Most fusion occurs at the sun’s core (27 million degrees F).

Where Is Nuclear Fusion Found?

“In nature, fusion only occurs in the cores of stars,” Kuranz said. “In stars, it’s actually the weight of the star that gravitationally confines material until it fuses and releases energy, which is the light that we see or the heat we feel from the sun.”

Other than inside stars, nuclear fusion is being slowly perfected on Earth, with several research groups around the globe working on ways to utilize this reaction to produce large amounts of energy to use as electricity.

Where Does the Sun’s Nuclear Fusion Occur?

Nuclear fusion occurs inside the core of stars because that is the region with the highest temperature. For fusion to begin, a star’s core must reach 15 million degrees Celsius, or 27 million degrees F. This is so that the cores of the hydrogen atoms have enough energy that when they collide, rather than repelling each other they fuse to form helium.

How Is Nuclear Fusion Initiated?

“The temperature [for fusion to occur] can vary depending on many parameters, but it must be hot, adding that what is called “cold” fusion is largely science fiction.

Once this temperature is achieved, the electrostatic repulsion of the positively charged protons in the atomic nuclei will be overcome, allowing the plasma of hydrogen nuclei to fuse.

In space, this is achieved when clouds of hot gas fall together because of gravity and begin spinning, heating up the gas. Over millions of years, more hydrogen gas is pulled into the spinning cloud, and the center gets hotter and hotter. Once the temperature crosses the crucial 27 million F point, fusion begins and the cloud of gas becomes a protostar. As this protostar continues to accumulate mass from the gas cloud, it gets larger before stabilizing, eventually becoming a main sequence star like our sun.

On Earth, we input the energy using lasers. In December 2022, the NIF, which is at the Lawrence Livermore National Laboratory in California, announced that it had achieved “net energy gain” for the first time. This meant that the amount of energy that was generated via fusion was actually greater than the energy put in using lasers.

What Temperature Is Needed for Nuclear Fusion?

While stars need a temperature of 27 million degrees F to begin fusion, the temperature required in Earth labs is much higher.

“In our magnetic confinement fusion devices…the plasma is confined by magnets at a lower pressure, so we need a higher temperature instead, more than 100 million K on Earth compared to 15 million K in the sun,” Tom Berry, a nuclear radiation analyst at the UK Atomic Energy Authority, told Newsweek.

“The fusion is initiated by heating the plasma, primarily with a high initial current through the central solenoid, the magnet in the center of the ring, but also with other heating devices,” Berry said.

At the NIF, researchers obtain much higher pressures, for much shorter periods, meaning their temperature requirements are lower—only around 5 million degrees F—than at magnetic confinement fusion projects like the Joint European Torus (JET) in the UK or the International Thermonuclear Experimental Reactor (ITER) in France. This is because the NIF’s experiments use a different way to achieve fusion, called inertial confinement.

“In any fusion approach, the key condition is to keep the hot fuel in contact for a sufficiently long time,” said Gianluca Gregori, a professor of physics at the University of Oxford. 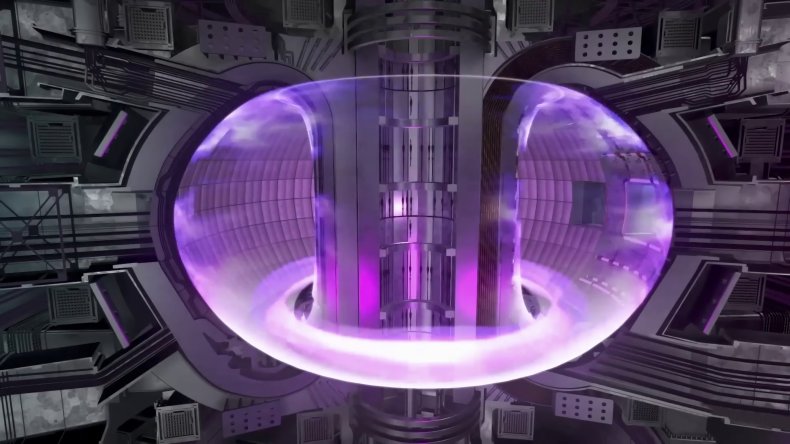 He continued: “In the inertial confinement fusion approach, the idea is to compress the fuel to enormous densities such that the confinement time is short—specifically shorter than the time it takes for the fuel to disassemble. This is the fusion approach used at the National Ignition Facility last month. It requires the thousandfold compression of matter to ultra-high densities and temperatures to mimic the compressional effect of gravity in the sun, nature’s very effective nuclear fusion reactor.”

Gregori said that “by irradiating and imploding a small spherical shell containing isotopes of hydrogen—deuterium and tritium—in the laboratory, the fuel’s own inertia…permits a sufficient fraction of the isotope pairs to fuse into a helium nucleus during compression and stagnation before the fuel eventually expands from the increasingly high pressure.”

When two hydrogen nuclei are close, even for this short duration, Gregori said, “the strong but short-range attractive nuclear force dominates over the tendency of like charges to repel, allowing the nuclei to fuse.”

At JET and ITER, where magnetic confinement fusion is used, “this scheme instead adopts the opposite route. It tries to make the fuel much less dense, but then it needs to confine it for a much longer time,” Gregori said.

“Both approaches have advantages and disadvantages,” he continued. “In the inertial confinement case, the main challenge is that the fuel compression is susceptible to fluid instabilities…. The fuel can squirt out in all directions, and the final compressed state is not sufficient to achieve fusion.

“In magnetic confinement fusion, on the other hand, while creating a lower-density fuel is much simpler, keeping it around for the required times is difficult,” Gregori said. “Hence the need for complex magnetic field geometries. Both approaches have achieved significant progress in the last decades, and hybrid schemes have also started to emerge.”

While using nuclear fusion to power our lives is still a long way off, we are getting closer every year.

“We’re still a little while off practical fusion energy rolling out to the grid,” Nathan Garland, a lecturer in applied mathematics and physics at Australia’s Griffith University, previously told Newsweek.

He continued: “As we build better magnets, bigger lasers, stronger materials to withstand the immense temperatures and energies required to contain these fusion plasmas—think trying to bottle the core of our sun—we’ll get closer to our eventual goal of generating enough energy out of the fusion reactions that we can harness it into a source suitable for powering our electricity grid.”

Do you have a tip on a science story that Newsweek should be covering? Do you have a question about nuclear fusion? Let us know via [email protected]ewsweek.com.