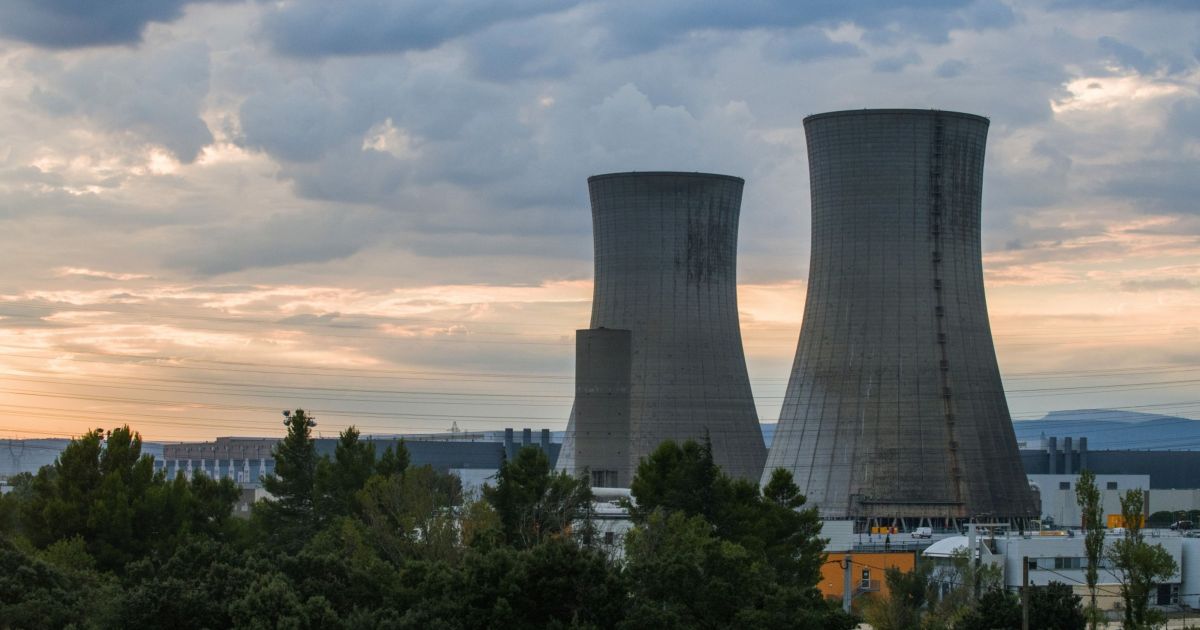 As the United Nations Climate Change Conference (COP26) draws to a close and countries prepare to invest much more money in decarbonizing their economies, the debate about the role of nuclear energy in achieving the net zero targets is heating up.

Nuclear power plants have been around since the 1950s. The technology is relatively simple: atoms are split and the released energy heats water to create steam that drives electricity-generating turbines.

Of course, if something goes wrong with this 20th century technology – whether due to nature or human error – it can go terribly wrong. Chernobyl. Fukushima. Three Mile Island.

Nuclear power is also notorious for cost overruns and is relatively more expensive compared to renewable energies such as sun and wind.

But some countries are using nuclear power on a large scale. China – the world’s largest emitter of CO2 – plans to build at least 150 nuclear reactors over the next 15 years, reported Bloomberg News (Paywall). That is more than the whole world has built in the last three and a half decades.

French President Emmanual Macron said this week that his country will “revitalize nuclear reactor construction for the first time in decades” to meet its net-zero target.

US Energy Secretary Jennifer Granholm reportedly told an audience at COP26 that the US is “everything in nuclear power” as part of its clean electricity plans.

There are also business A-listers who advocate nuclear power. Bill Gates and Warren Buffet, through TerraPower and PacifiCorp, are campaigning for a type of advanced small modular reactors (SMR) known as the “fast” sodium reactor.

Even the United Nations supports SMRs and advanced reactor technology and praises their advantages in a recently published technology letter (PDF).

So should countries switch to nuclear weapons to save the planet?

Allison Macfarlane is Professor and Director of the School of Public Policy and Global Affairs at the University of British Columbia. Prior to that, she was Chair of the US Nuclear Regulatory Commission.

She wrote an article for Foreign Affairs (Paywall) on nuclear energy and climate goals this summer. Their arguments resulted in a significant pushback (paywall) when the world leaders came to the COP26 in Glasgow, Scotland.

Macfarlane describes herself neither as an advocate nor as a critic of nuclear power, but as an analyst who prefers to answer questions about nuclear energy “moderately analytically”.

This interview has been edited for the sake of clarity and brevity.

Patricia Sabga: Proponents of nuclear energy say it needs to play a bigger role in decarbonization plans. Does the world need more nuclear power plants to fight the climate crisis?

Allison Macfarlane: Almost 19 percent of the performance [in the United States] is currently generated by nuclear power. It’s carbon free. This is really helpful. We don’t want to turn that off now. But I live in a pragmatic, realistic world. And I don’t think nuclear power will have a big impact on reducing CO2 emissions for at least the next 10 or 20 years because we can’t build new power plants fast enough.

PS: And why is that Why can’t we build new plants fast enough?

AM: It’s complicated. These are mega-projects, and they require a level of quality control and program management that is not found in many other industries. And although some of the newer reactor designs are touted as being easy to manufacture in factories, if we look at the existing reactors that have been made in factories – for example, those under construction in Georgia, the Vogtle plant [where two additional reactor units are under construction] – The experience in the factories was not good.

The factory that built the modules for the Georgia facility built them wrong for years. They welded them incorrectly and had to be re-welded at the reactor site. This factory largely bankrupted Westinghouse.

PS: You mentioned newer reactor designs. What are these designs and what are the challenges they face?

Many of them only exist on paper or as small-format models. And the way the technology works is that you design something – it’s computerized these days – and then build a scale model. When you make the scale model, you will see where you go wrong in your computer design and fix that. Then you need to make the design at full size. And when you scale back up there are things you got wrong on the scale model and you need to fix them.

And so we are still at the computer model stage with many of these designs. We didn’t take the other steps. And these steps take years. And when you get to the original model, it’s really expensive. Where does the money come from?

PS: Then let’s talk about the cost. In terms of sheer cost, how does nuclear fare, to say wind or sun?

AM: It is significantly more expensive. Of course, it depends on which solar system you are talking about. But if you look at Lazard’s recent LCOE analysis [an analysis that takes into account how much it costs to finance and build a power plant and to keep it running throughout its lifetime and then divides that cost by how much energy it kicks out each year] and you look at solar PV [photovoltaic] Power plant scale and wind, they are significantly cheaper than nuclear power.

This does not apply to solar PV roofs. It’s just as expensive, or maybe even more expensive, than nuclear power.

These systems are very expensive to build.

PS: Why is nuclear power so expensive on a power plant scale compared to wind power and solar power?

AM: The expenses are dominated by the investment costs of the plant construction. These systems are very expensive to build. I think we have at least $ 14 billion per plant for the Vogtle plants in Georgia. That’s a thousand gigawatts of generation capacity. They are just very expensive to build and take a long time to build. So, not only do you have the cost of capital to build the facility, but also the cost of the interest on capital, which becomes a huge cost.

That’s really what hurts nuclear. Now it is said that the small modular reactors are cheaper. But because no one has ever built one, and no one established the supply chains to build and operate them, we really have no idea what these are going to cost.

AM: There is a point where wind and sun are intermittent and nuclear power is not. I think the bigger question is how relevant is intermittency now?

Ten years ago it was a really big deal. It’s going to be less of a deal I think. What is interesting is that when you talk to utility companies, they are genuinely interested in the plants following the load [responding to surges and ebbs in power demand]. They are really oriented towards dealing with intermittentness. To do this, however, they need a system that can start up and shut down quickly. Nuclear power cannot do that. The existing nuclear fleet cannot do that. They are either on or off and take a long time to reach their full range.

PS: What if you consider energy storage because it’s still expensive? It is still not where it needs to be to make sun and wind reliable around the clock. Is that a big concern?

AM: It’s a legitimate concern. But there are storage options that you can buy now and build for years to come. But that kind of quick setup and the ability to have things available on the shelf and pull them through now doesn’t exist [for nuclear energy], especially for these advanced reactor designs.

There are claims about the small modular reactors that they will be cheaper.

PS: What about the proliferation concerns? Do you think these arguments should feed into the consideration of whether nuclear energy should be part of the new energy mix to respond to the climate crisis?

AM: Absolutely. We have to consider proliferation and the link to nuclear weapons when we think of nuclear energy. We should work on devaluing nuclear weapons. That means getting rid of them. But we have to be careful. And for this there is an international structure that is created by the International Atomic Energy Agency and the protection agreements to which the countries are subject.

So there is a structure. It’s been in place for many, many decades. But we have to be aware of this. The light water reactors that exist in many countries today do not pose any major proliferation risks. But some of the new designs that are being talked about could produce materials that could be used directly in nuclear weapons. Therefore, we need to be more careful, better understand the effects of proliferation, and ensure that precautions are taken to ensure that no materials are diverted.

PS: What role do you see in the energy future of nuclear power, not just in the US but worldwide?

AM: It currently plays a pretty significant role in power generation in a number of countries. I can imagine that it will stay that way for many decades to come. And then we’ll see what happens. I do not know. I don’t have a good crystal ball. I can only tell you that we are going through a massive change. I don’t know if there is a will worldwide to move away from fossil fuels as seriously and as quickly as necessary. We have to do it yesterday. And nuclear power might be part of that mix, if we’re really, really serious. But it means a lot of money. So someone has to pay for it.