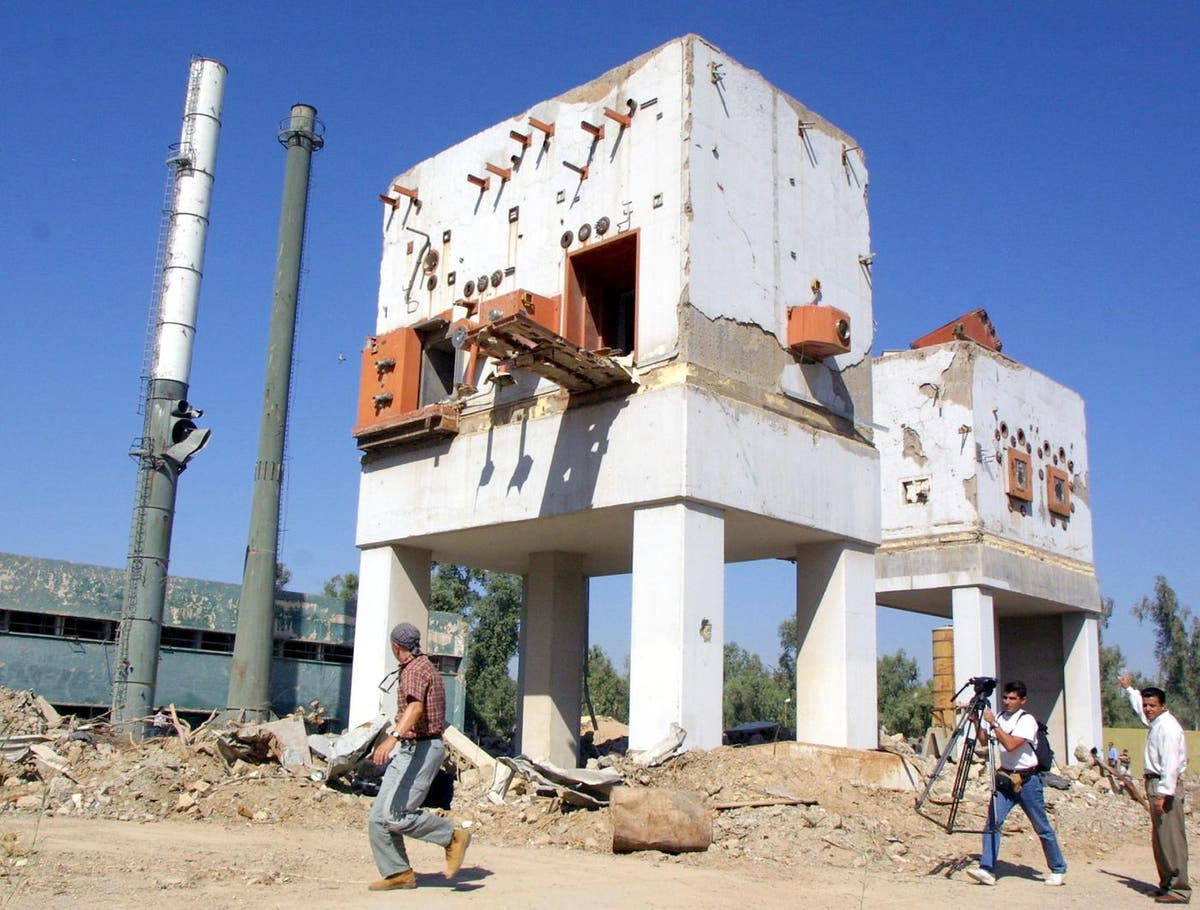 Four decades ago, a squadron of Israeli warplanes sneaked into Saudi Arabia’s airspace on a secret mission and stormed in to destroy an Iraqi nuclear reactor site that was being built by French and Italian engineers just outside Baghdad. It was a surprise attack, praised by Israel’s defenders and cited as an example of effective daring showing how brute military might serve as an arms control instrument.

But a pool of previously classified US documents released Monday by a Washington organization strongly suggests that Iraq’s nuclear ambitions have already been secretly contained by the Europeans who built the bombed research reactor in Osirak. In addition, the June 7, 1981 attack may indeed have encouraged then Iraqi ruler Saddam Hussein to step up his search for weapons of mass destruction.

Documents obtained by the Washington-based National Security Archive through inquiries under the Freedom of Information Act include cables from the White House, State Department and the CIA summarizing key diplomatic and political interactions prior to the attack. They also show attempts by US officials to deal with the consequences.

At least ten Iraqi soldiers and one French civilian were killed in the Israeli attack.

The documents, retrieved and published as part of a transparency project hosted by George Washington University, are released at a time when Israel is trying to rally nations against Iran’s nuclear program.

For weeks the US and other world powers have been trying in Vienna to revive a nuclear non-proliferation agreement with Iran that was sabotaged by former US President Donald Trump. Israel refuses to return to the agreement.

France had long insisted that the construction of the nuclear power plant it was building made it impossible to retrofit it to produce fissile material for a bomb. But a highly sensitive document in the treasure trove says Paris has gone further.

He tells for the first time of a Paris meeting on July 25, 1980 between US diplomats and a high-ranking French non-proliferation official – who insisted on absolute secrecy – about uranium supplies to Iraq.

The official said the materials were secretly chemically altered to make them unsuitable for weapon use.

The most important step the French had taken was to pre-irradiate enriched uranium they would send to Iraq so that it “cannot be used as weapons material,” the document says.

Other less controversial precautionary measures included allowing only one shipment of uranium to the reactor at a time, maintaining a French presence in Osirak at all times, and ensuring that French technicians monitored the enriched uranium during transit

But a classified document suggests there have been concerns that Italian and French contractors are competing to sell arms to Iraq. There were concerns that Italy in particular would try to sweeten any deal by including advanced nuclear technology in its offerings.

“Are there still French officials on site and do they have access to the fuel there? What is the fuel status? ”Demanded a telegram from the US State Department from Washington to Paris on October 11, 1980.

Other documents highlight concerns among US officials that Iraq is combing the globe for sensitive nuclear materials.

On January 20, 1981, a new administration took over in Washington under President Ronald Reagan. There is a loophole in the documents that could suggest that the new government failed to recognize the urgency of the matter and the risks involved.

The documents show how concerned US officials were at the time not only about Iraqi gun hunts, but also about the possibility that Israel could provoke a major war by attacking Osirak. At that time, the USA was far more a neutral arbitrator between Israel and Arab states than it is today. Saudi officials told Americans they were angry that Israel used its territory to reach Iraq, with Israeli pilots falsely signaling that they were Jordanians.

A Saudi official, whose name has been blacked out, told a US colleague: “This is one of the most dangerous situations Saudi Arabia has ever faced. It is an insult to both Saudi Arabia and the US and puts the Saudis in an embarrassing situation towards other Arabs, ”said the minutes of a meeting of the White House that the National Security Archive has submitted.

Washington has asked Israel to provide answers about specific intelligence it has that weapons work is being done in Osirak, but Israel only responded with vague worst-case scenarios, according to a National Security Council document. US officials were unable to find evidence to support claims by Israelis about a “secret bunker” under Osirak to be used for weapons work.

Reagan initially responded harshly to the attack, suspending some arms sales to Israel and cooperating with Iraq in drafting a UN condemnation.

But other officials pushed back. A memo prepared for the president by neoconservative White House official Douglas Feith, who emerged 22 years later as one of the chief architects of the 2003 US invasion of Iraq, blamed Reagan’s predecessor, Jimmy Carter, for the crisis and called on the administration on, Israel’s then Prime Minister Menachem Begin.

“Your public statements must be framed with the diplomatic background of the raid so that they do not inappropriately antagonize Israel,” it says.

Iraq, a signatory to the Non-Proliferation Treaty, was required to open its nuclear facilities to inspection by the International Atomic Energy Agency. But the Israeli attack on Osirak, along with the ongoing war between Iran and Iraq, ended Iraqi cooperation with European nuclear companies and drove the program underground.

A secret assessment by the State Department’s Intelligence Service says that the attack on Osirak, while undermining Iraq’s nuclear program, may have done more harm than good, and accurately predicts that Iraq has been trying to escape inspectors and track down weapons of mass destruction for years. A decade later, international inspectors were shocked by Iraq’s secret advances in nuclear and chemical weapons after the US-led Gulf War in 1991.

“The bombing temporarily set Iraq’s nuclear research program, which aimed at a weapons option, by restricting its access to material and technological assistance,” the August 17, 1981 assessment read.

“However, the raid may have increased Iraq’s interest in nuclear weapons capability.”

Avangrid faces tough questions from New Mexico regulators in the final hurdle to the $ 8.3 billion PNM merger – according to Twittersmash