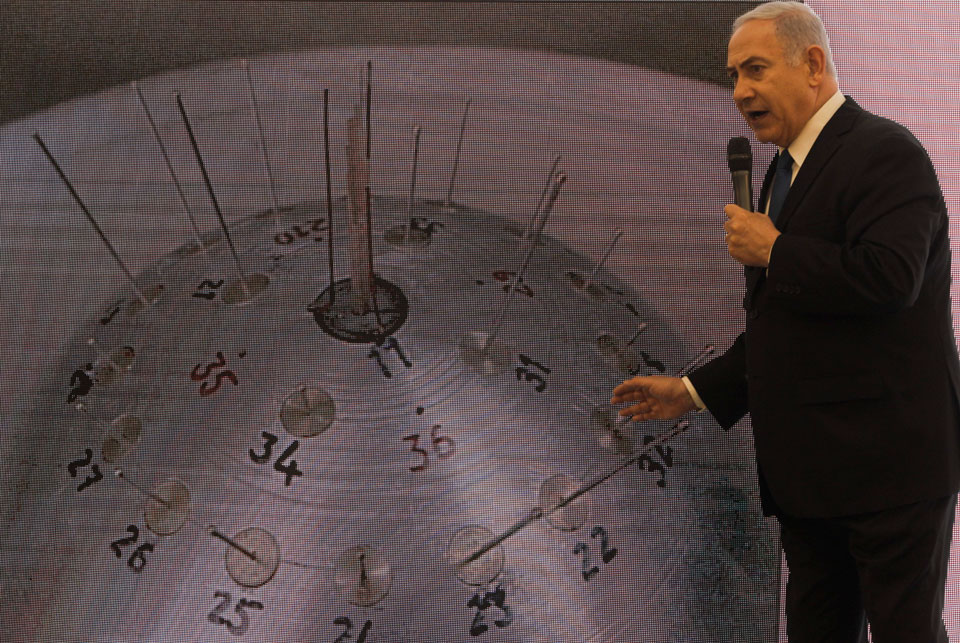 As Western countries are floating the theory that Russia could escalate its conflict with Ukraine to a nuclear war, many of those governments continue to turn a blind eye to Israel’s nuclear weapons capabilities. Luckily, many other countries around the world do not subscribe to this endemic hypocrisy.

The Conference on the Establishment of a Middle East Zone Free of Nuclear Weapons and Other Weapons of Mass Destruction was held between Nov. 14-18, with the sole purpose of creating new standards of accountability that, as should always have been the case, would apply equally to all Middle Eastern countries.

The debate regarding nuclear weapons in the Middle East could not possibly be any more pertinent or urgent. International observers rightly note that the period following the Russia-Ukraine war is likely to accelerate the quest for nuclear weapons throughout the world. Considering the seemingly perpetual state of conflict in the Middle East, the region is likely to witness nuclear rivalry as well.

For years, Arab and other countries attempted to raise the issue that accountability regarding the development and acquisition of nuclear weapons cannot be confined to states that are perceived to be enemies of Israel and the West.

The latest of these efforts was a United Nations resolution that called on Israel to dispose of its nuclear weapons, and to place its nuclear facilities under the monitoring of the International Atomic Energy Agency (IAEA). Resolution number A/C.1/77/L.2, which was drafted by Egypt with the support of other Arab countries, passed with an initial vote of 152-5. Unsurprisingly, among the five countries that voted against the draft were the United States, Canada and, of course, Israel itself.

US and Canadian blind support of Israel notwithstanding, what compels Washington and Ottawa to vote against a draft entitled “The risk of nuclear proliferation in the Middle East?” Keeping in mind the successive right-wing extremist governments that have ruled over Israel for many years, Washington must understand that the risk of using nuclear weapons under the guise of fending off an “existential threat” is a real possibility.

Since its inception, Israel has resorted to, and utilized the phrase “existential threat” countless times. Various Arab governments, later Iran and even individual Palestinian resistance movements, were accused of endangering Israel’s existence per se. Even the non-violent Palestinian civil society-led Boycott, Divestment and Sanctions (BDS) Movement was accused by then-Prime Minister Benjamin Netanyahu in 2015 of being an existential threat to Israel. Netanyahu claimed that the boycott movement was “not connected to our actions; it is connected to our very existence.”

This should worry everyone, not just in the Middle East, but the whole world. A country with such hyped sensitivity about imagined “existential threats” should not be allowed to acquire the kinds of weapons that could destroy the entire Middle East several times over.

Some may argue that Israel’s nuclear arsenal was intrinsically linked to real fears resulting from its historical conflict with the Arabs. However, this is not the case. As soon as Israel completed Stage 1 of its ethnic cleansing of Palestinians from their historic homeland, and long before any serious Arab or Palestinian resistance was carried out in response, Israel was already on the lookout for nuclear weapons.

As early as 1949, the Israeli army had found uranium deposits in the Negev Desert, leading to the establishment, in 1952, of the highly secretive Israel Atomic Energy Commission (IAEC).

In 1955, the US government sold Israel a nuclear research reactor. But that wasn’t enough. Eager to become a full nuclear power, Tel Aviv resorted to Paris in 1957. The latter became a major partner in Israel’s secretive nuclear activities when it helped the Israeli government construct a clandestine nuclear reactor near Dimona in the Negev Desert.

The father of the Israeli nuclear program at the time was none other than Shimon Peres who, ironically, was awarded the Nobel Peace Prize in 1994. The Dimona Nuclear Reactor is now named “Shimon Peres Nuclear Research Center-Negev.”

With no international monitoring whatsoever, thus with zero legal accountability, Israel’s nuclear quest continues to this day. In 1963, Israel purchased 100 tons of uranium ore from Argentina, and it is strongly believed that during the October 1973 Israel-Arab war, Israel “came close to making a nuclear preemptive strike,” according to Richard Sale, writing for United Press International (UPI).

Currently, Israel is believed to have “enough fissionable material to fabricate 60-300 nuclear weapons,” according to former US Army Officer Edwin S. Cochran.

This Sept. 29, 1971, spy satellite photograph later declassified by the US government, shows what now is known as the Shimon Peres Negev Nuclear Research Center near the city of Dimona, Israel. A long-secretive Israeli nuclear facility that gave birth to its undeclared atomic weapons program appeared to be undergoing its biggest construction project in decades recently, according to newly taken satellite photos analyzed by The Associated Press. | US Center for Earth Resources Observation and Science / US Geological Survey | via AP

Estimates vary, but the facts about Israel’s weapons of mass destruction (WMDs) are hardly contested. Israel itself practices what is known as “deliberate ambiguity,” so as to send a message of its lethal power to its enemies, without revealing anything that may hold it accountable to international inspection.

What we know about Israel’s nuclear weapons has been made possible partly because of the bravery of former Israeli nuclear technician Mordechai Vanunu, a whistleblower who was held in solitary confinement for a decade due to his courage in exposing Israel’s darkest secrets.

Still, Israel refuses to sign the Treaty on the Non-Proliferation of Nuclear Weapons (NPT), endorsed by 191 countries.

Israeli leaders adhere to what is known as the “Begin Doctrine,” in reference to Menachem Begin, the rightwing Israeli prime minister who invaded Lebanon in 1982, resulting in the killing of thousands. The doctrine is formulated around the idea that, while Israel gives itself the right to own nuclear weapons, its enemies in the Middle East must not. This belief continues to direct Israeli actions to this day.

US support for Israel is not confined to ensuring the latter has “military edge” over its neighbors in terms of traditional weapons, but also to ensure Israel remains the region’s only superpower, even if that entails escaping international accountability for the development of WMDs.

The collective efforts by Arab and other countries at the UN General Assembly to create a Middle East Zone Free of Nuclear Weapons are welcomed initiatives. It behooves everyone, Washington included, to join the rest of the world in finally forcing Israel to join the Non-Proliferation Treaty, a first but critical step toward long-delayed accountability.

As with all op-eds published by People’s World, this article reflects the opinions of its author. 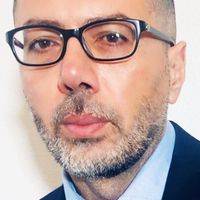