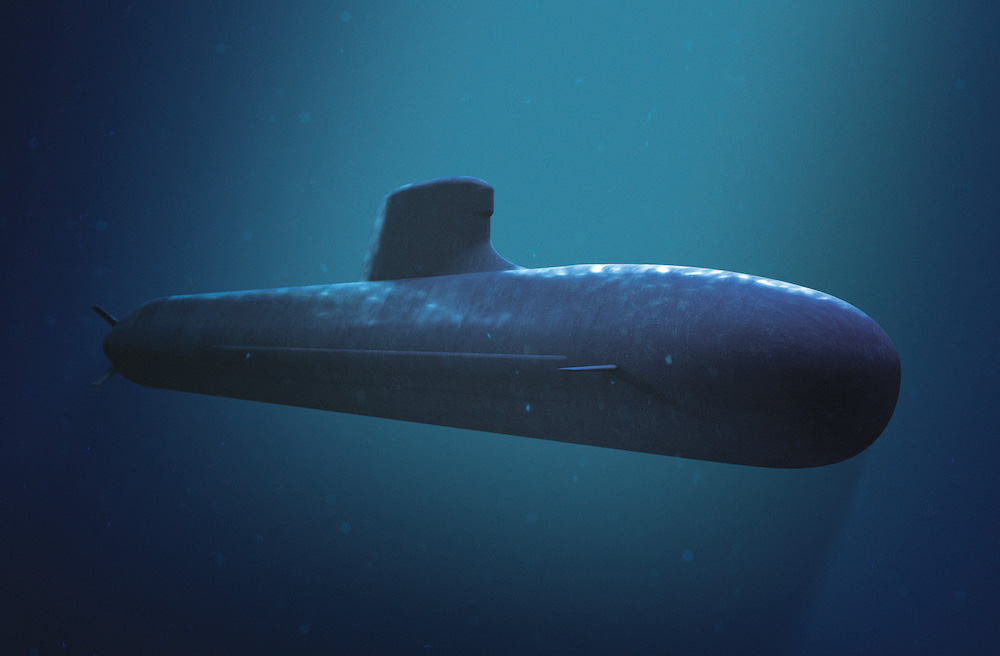 During the design phase of the new Attack class submarines in Australia and the construction of a new shipyard in Adelaide, Dr. Gregor Ferguson put the project and its numerous critics under the microscope. No, nuclear power is not an option, the cost increases have been exaggerated and the project is on schedule.

The Royal Australian Navy’s Future Submarine project, SEA1000, has generated an astonishing amount of comment and criticism, much of it from people who apparently haven’t got the necessary reading or are pushing wheelbarrows of one form or another.

Opinions and claims seem to flood the facts and leave an unrealistic impression of the project.

There is a logical train that takes us to where we are today and it is not difficult to follow.

Before we talk about things like costs and schedules, let’s look at the need for a submarine, and then the choice of submarine designer and builder.

First, do we need a long range submarine with significant endurance? Yes. Our geography is uncompromising: Australian submarines have to come a long way to get to and from work.

Second, in this case, should we build or buy nuclear submarines with their proven range and endurance? No, we are a non-nuclear nation. We don’t have a nuclear industry and trained nuclear engineers that we need to support nuclear power plants, reprocessing plants and submarines.

Forget about buying or leasing boats from an American, British or French for two reasons: First, we couldn’t consider leasing any of our critical sovereign defense capabilities from another country – that goes against the principle of sovereignty. We would lose control of it, especially if the parent nation did maintenance.

Second, nuclear-powered submarines are a critical asset to the Americans, British and French – they wouldn’t just bring loads of them to Australia to do a partner a favor.

The third step in our logic move is that we can’t buy the subs we need off the shelf. Nobody who builds diesel-electric boats faces our geographic challenges. Therefore, their standard boats simply do not have the range and endurance that we need.

There’s no point in buying a sub that doesn’t do the job – you’d better not spend the money at all. That means we have to choose a unique design.

Why does it take so long to build the submarines?

Well compared to what? There’s no quick way to design a new submarine from scratch. The Attack class boats are not just nuclear submarines with a new engine and new batteries.

It’s an entirely new design, with a nuclear boat roughly the same size and weight as a design reference – that simply means that many of the structural problems have already been fixed, so designers don’t have to reinvent the wheel every time they hit one encounter technical problem. However, it still takes time to go through an extremely complex design process.

Also, the schedule for their delivery was set by a previous government that announced a 12-boat program in 2009 and then did absolutely nothing about it for six years – six years that we won’t get back.

Aborting the submarine project and starting again would only cost us more time or force us to buy an off-the-shelf boat that doesn’t do the job the Navy needs to reclaim the schedule.

Where did the idea come from that the project is already years too late?

Yes, the Strategic Partnering Agreement (SPA), which is the umbrella agreement under which all future contracts will be executed, was signed a few months at the end of February 2019.

However, the $ 375 million submarine design deal was signed roughly on time in March of this year. An AFS Intermediate Design Review took place in April 2020, and the system requirements review was completed on time earlier this year.

The program is on schedule and even the Australian National Audit Office (ANAO), which is doing very few favors to the defense, is recognizing it.

What about the cost? The defense did themselves a disservice by stumbling across their own language on the matter, as far as I can see.

The Defense Integrated Investment Program (DIIP) of February 2016 found that the acquisition cost of the submarines was estimated at around 50 billion US dollars. This price has since been used as an estimate – at 2016 values.

Quoting estimates of estimated out-turned prices at then-exchange rates and dollar values ​​30 or 40 years from now has shocked commentators and raised concerns that project costs are spiraling out of control.

I think the pricing problem was beaten by some and merged by others for a number of reasons.

First, while there is an estimated cost to build 12 boats, including building a new shipyard and designing and building a new combat system, there is still no contract to build a single boat. There is a design contract signed in March 2019. The first construction contract will not be signed for a few years.

Second, the 12 boats will be built in batches of three or four. Each batch is different from the previous one – it incorporates new technology and design features, making it impossible to predict the exact cost of each batch, and therefore the total cost of the submarine project. This would be the case depending on which bidder was selected.

We know the basic design won’t change significantly between batches, so the cost of making the hulls and propulsion systems, for example, should drop significantly if we can build them better – see our performance on the ANZAC 10-ship frigate project at . It is the technology within them that changes regularly – as has been the case with the ANZACs since their inception.

Third, for this reason, no one was asked to offer a price to build 12 boats. The Competitive Evaluation Process (CEP) was not a call for tenders – it never could have been, and critics of the project should read the ANAO report on the CEP published in 2017.

The defense has refused to reveal the details of the competitors’ response, only saying that they do not vary enough to make one or the other of them a compelling bidder. If the reports are correct, the final decision was made on the basis of submarine capability and the French design was judged to be superior in that regard.

Finally, the DIIP’s project estimate of $ 50 billion (give or take) was printed long before the Naval Group (DCNS, as it was then called) was selected. Whatever they (and the other competitors) put forward was a component of a $ 50 billion cost estimate that has not been revised since the Naval Group’s selection in 2016.

Additional components include a comprehensive modernization of the construction yard in Osborne and the combat system supplied by Lockheed Martin.

So the costs didn’t suddenly rise. The project is roughly on schedule. The Navy’s operational requirements were not questioned, but there were some extremely unrealistic comments about acquiring nuclear submarines or the idea of ​​simply abandoning the project and starting over.

Yes, nuclear boats would be nice – and no, I don’t think we will get them for at least a generation. If commentators want nuclear submarines, the first thing they should do is convince our parliamentarians that we need nuclear power and a nuclear industry in this country.

A restart would simply delay the project. For what purpose? We would either have an off-the-shelf boat that couldn’t do what the government and navy want, or we’d have to wait endlessly for a new submarine.

Can we get real now, please?

Gregor Ferguson is the director of Project Alpha Plus, a defense and innovation analyst, consultant, and communicator who has worked in the defense media and industry for more than 30 years. His doctoral thesis deals with innovations in the defense industry.

The use of silver diamine fluoride for caries arrest in children