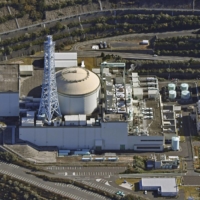 Japanese research institute and Mitsubishi cooperate on US rapid reactor

The Japan Atomic Energy Agency and Mitsubishi Heavy Industries Ltd. will soon be signing a letter of intent with a US venture firm to provide technical support for their rapid reactor development project, nearby sources said on Saturday.

The agency, which has experience operating sodium-cooled fast reactors such as the Monju Prototype Fast Breeder Reactor in Fukui Prefecture and the Joyo Experimental Fast Reactor in Ibaraki Prefecture, is considering providing operational data and designs to TerraPower, a company that works with by Bill Gates of Microsoft Corp. founded.

TerraPower plans to build a high-speed reactor with an output of 345,000 kilowatts using sodium as a coolant in the state of Wyoming from 2024. The US Department of Energy is funding the project, which is expected to be completed in 2028.

While the details of the collaboration are still being discussed, sources say the agency is also considering using its Athena sodium pilot plant in Ibaraki Prefecture to develop security technology.

Japan has a nuclear fuel recycling policy that reuses plutonium obtained from spent nuclear fuel in power plants, with fast reactors playing a key role in this plan.

But domestic development stalled after the shutdown of the Monju reactor, which was supposed to be a fast-paced reactor producing more plutonium than it consumes, which has led resource-poor Japan to explore opportunities for cooperation abroad.

The Joyo experimental fast reactor, created as the first stage of the fast breeder development project, is currently suspended.

In a time of misinformation and too much information, Quality journalism is more important than ever.
By subscribing you can help us get the story right.