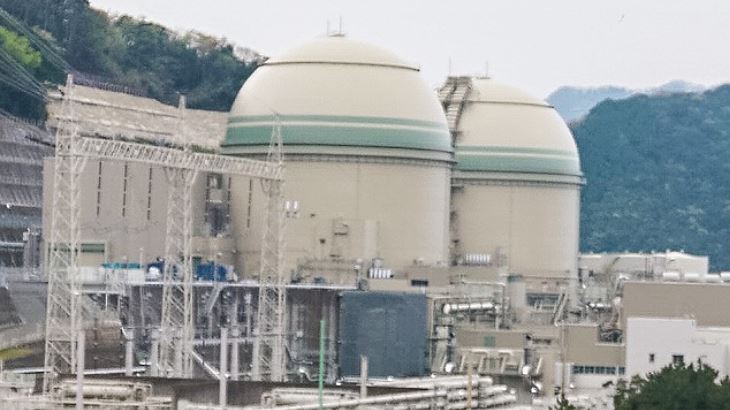 A revised Mixed Oxide Fuel Use Plan (MOX) based on the latest Rokkasho Reprocessing Plant and MOX Fuel Production Plant operations plan has been published by the Japanese Federation of Electricity Companies (FEPC). While only four Japanese reactors have been restarted with MOX fuel so far, FEPC plans to operate at least 12 units with fuel by fiscal year 2020. FEPC represents the 11 energy companies, including nine utilities (excluding Okinawa Electric Power), the Japan Atomic Power Company and the Electric Power Development Company (J-Power).

Takahama Units 3 and 4 have been using MOX fuel since the restart (Image: Kansai Electric Power Company).

As early as the 1950s, Japanese nuclear energy policy recognized that the country, which is poor in energy resources, had to recycle uranium and plutonium obtained from used nuclear fuel. By 1998, Japan had sent most of its spent fuel to plants in France and the UK for reprocessing and MOX production. However, since 1999 it has been storing used fuel in anticipation of full operation of its own remanufacturing and MOX manufacturing facilities.

“In Japan, where resources are scarce, we will secure stable energy in the future,” FEPC said today. “To do this, it is important to establish a nuclear fuel cycle in Japan. Even amid changes in the nuclear power generation environment after the accident at the Fukushima Daiichi power plant, the importance of pluthermality matters [MOX] Fuel does not change. “

Construction of a reprocessing plant in Rokkasho began in 1993 and was originally scheduled to be completed by 1997. The system is based on the same technology as Orano’s plant in La Hague, France. After commissioning, the maximum reprocessing capacity of the Rokkasho plant is 800 tons per year. The construction of a MOX plant with a capacity of 130 tons per year, also in Rokkasho, began at the end of 2010.

Since the accident in March 2011 at the Fukushima Daiichi plant, four reactors – Genkai 3, Ikata 3 and Takahama 3 and 4 – have resumed operation with MOX fuel. FEPC estimates that these units will consume a total of 0.2 tons of plutonium in 2021, 0.7 tons in 2022, and 1.4 tons in 2023. These usage levels are based on each company’s operations plan as of January this year, according to FEPC.

The operational plan for 2024 and beyond is undecided, but from the point of view of showing the prospects for plutonium use after the reprocessing plant in Rokkasho goes into operation, the current prospect for use is: 0.7 tons in 2024; 1.4-2.8 tons in 2025; and approximately 6.6 tons annually between 2026 and 2030.

Domestic MOX fuel usage is expected to begin after 2026, according to FEPC.

On December 17, FEPC stated that it had “continued to work diligently to mine pluthermal in order to establish the nuclear fuel cycle as a critical task”.

The energy companies she represented had decided to follow the measures “as our new plutonium program to adequately manage plutonium supplies, provided that each utility company is responsible for the use of its own plutonium”.

With the approval of the local community, utilities agreed to explore the possibility of introducing MOX fuel to as many operational reactors as possible as part of a medium to long-term plan and will use their best efforts to maintain a balance between supply and demand for Plutonium.

Utilities aim to have at least 12 reactors running on MOX fuel by fiscal 2020. They also agreed to encourage the use of plutonium and reduce the size of their inventories both domestically and abroad through close collaboration and collaboration among utility companies.

The 3 Best Mouthwashes For Braces