This commentary is by John McClaughry, vice president of the Ethan Allen Institute. In 1960-61, he was a reactor physicist in GE’s Atomic Power Equipment Division.

The growing reawakening of enthusiasm for nuclear-powered electricity has been a remarkable development over the past 10 years.

For decades, environs of various stripes have raged against nuclear power. Nuclear was bad, bad, bad because a plant might explode, fission products would contaminate the continent, careless security might allow proliferation of bomb material, nuclear plants were big and owned by big corporations, mining uranium was environmentally destructive, and so on.

Despite their protests, starting in 1957, 104 civilian nuclear stations went on line, ultimately generating about a quarter of the nation’s electricity that dependably supplied the grid as needed 24/7. And the nuclear stations did so without causing air pollution, a single nuclear-related death, and the emission of greenhouse gases that environs believe gases are producing a coming global climate catastrophe.

This record was largely accomplished by what are called Generation II and III reactors, mostly built by General Electric and Westinghouse. Among them was Vermont Yankee (GE, 1972). In its 42 years, Yankee never had a core failure or release of dangerous radiation to the public. The now six-decade-old design well served its purpose, but no one would build one of that early design today.

The future of nuclear energy today was first defined 10 years ago by a 10-nation conference called the Generation IV International Forum. In 2002, it announced the six most promising new technologies — clean, safe, likely cost-effective, and resistant to diversion of fissile materials.

The biggest roadblock to innovation, Bailey wrote, “is that under the Nuclear Regulatory Commission’s enabling legislation, the agency is only able to consider approving a new power plant when its application is complete. … Filing a complete application requires doing all of the engineering and legal work in advance. That generally takes a decade for conventional designs financed by giant utility companies. Entrepreneurs pursuing innovative designs don’t have the capital to endure this.”

President Biden has aggressively swung behind Gen IV nuclear. In November 2021, his Department of Energy put $1.5 billion behind Bill Gates’ sodium reactor (formerly Terrapower) and a Maryland startup called X-Energy. His energy secretary, Jennifer Granholm, is an enthusiastic promoter of “the next wave of nuclear technologies.”

On April 15 news release from the New York Energy and Climate Advocates urged the endorsement of “a bold and inclusive climate strategy, embracing both renewables and zero-carbon nuclear” by a coalition including the former director of NASA’s Goddard Institute, Dr. James E Hansen. Hansen is the revered guru of climate catastrophe prediction stemming from his 1988 testimony before Sen. Al Gore’s committee. Unlike most of today’s climate change activists, Hansen has been steadfastly outspoken in his belief that nuclear is an indispensable component of America’s electric future.

What does this growing acceptance of Gen IV nuclear energy — smaller in scale, safe, reliable, distributed, cost-effective and carbon-free — mean for Vermonters?

First, we need to steer clear of emotional, irrational and ignorant political movements and, as the climate activists repeatedly say, “listen to the science.”

Our present and future governors should tell their public service commissioners to begin to identify suitable sites for new small nuclear stations, starting with a field in Vernon that ratepayers have now spent $248 million to prepare.

Did you know VTDigger is a nonprofit?

Our journalism is made possible by member donations. If you value what we do, please contribute and help keep this vital resource accessible to all.

VTDigger.org publishes 12 to 18 commentaries a week from a broad range of community sources. All commentaries must include the author’s first and last name, town of residence and a brief biography, including affiliations with political parties, lobbying or special interest groups. Authors are limited to one commentary published per month from February through May; the rest of the year, the limit is two per month, space permitting. The minimum length is 400 words, and the maximum is 850 words. We require commenters to cite sources for quotations and on a case-by-case basis we ask writers to back up assertions. We do not have the resources to fact check commentaries and reserve the right to reject opinions for matters of taste and inaccuracy. We do not publish comments that are endorsements of political candidates. Commentaries are voices from the community and do not represent VTDigger in any way. Please send your commentary to Tom Kearney, [email protected]

Send us your thoughts

VTDigger is now accepting letters to the editor. For information about our guidelines, and access to the letter form, please click here. 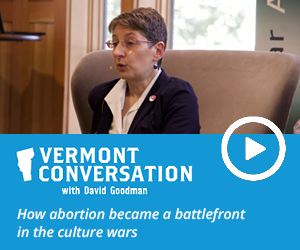