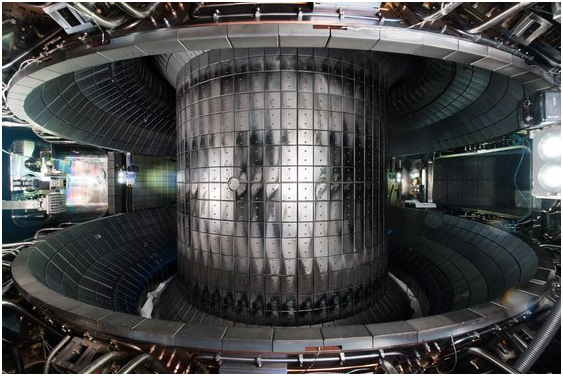 Nuclear fusion energy is generated by a nuclear fusion reaction, the principle of solar energy. It’s clean energy with no CO2 emissions. In the sun, the reaction takes place at extremely high temperatures and extremely high densities. Light atoms such as hydrogen atoms are fused into nuclei and as a result, energy is generated that corresponds to the decrease in mass.

The KSTAR is designed to reproduce this response on Earth. In the sun, nuclear fusion takes place at 15 million degrees Celsius or higher due to its strong gravity. In order to reproduce it on earth, a temperature of at least 100 million degrees Celsius must be maintained with a fired nuclear fusion facility and the separation of ions and electrons, i.e. in the plasma state.

The KSTAR managed to reach the temperature in 2018. Last year the duration of the ion temperature was increased to 20 seconds, a world record. “We have improved our plasma control technology by improving the heating performance of our device and optimizing the magnetic field conditions,” said the institute.

There are plans to upgrade its power source and add a tungsten diverter to prevent the inside wall temperature from rising so that the duration can be further increased. The goal for 2026 is 300 seconds.