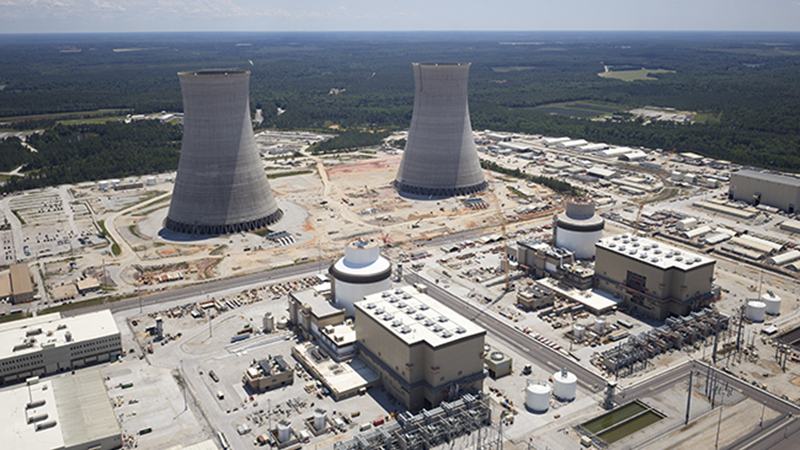 The LaGrange City Council elected to cost-freeze—or not to pay additional funds— as it relates to the construction of plant units 3 and 4 of Vogtle Electric Generating Plant in Waynesboro, in which LaGrange has stakes in.

After consultation with city staff concerning the potential benefits and costs associated with the tender option, council deemed it in the best interests of the city to not contribute past its promised $478.6 million contribution toward the $19 billion project.

The Vogtle Electric Generating Plant is jointly owned by Georgia Power (45.7%), Oglethorpe Power Corporation (30%), Municipal Electric Authority of Georgia [MEAG] (22.7%) and Dalton Utilities (1.6%). LaGrange, along with 48 other Georgia cities, are members of MEAG. LaGrange has entitlement shares through power sales contracts with MEAG, making LaGrange entitled to a certain amount of power.

In 2018, with costs for the plant’s construction increasing significantly, Georgia Power, Oglethorpe and MEAG came to an agreement to continue the construction despite the delays.

That year, to pay for its portion of the $19 billion cost for construction of plants 3 and 4, LaGrange sold 22.6 watts of that to the Jacksonville Electric Authority and Power South in Alabama [Project J&P] for two-thirds of the cost. The agreement is for 20 years.

“They’re going to pay the costs of that service off those units for 20 years, and at the end of 20 years, we’ll get that power to use for our customers,” Bowie said. “We didn’t need it all right away.”

LaGrange owns 30.7 megawatts out of 2,220 of power energy units in Plants 3 and 4. The Municipal Electric Authority of Georgia [MEAG] — which LaGrange, Hogansville and West Point are all part of — purchased a total of 22.7 percent of the project. Thus, LaGrange essentially owns 1.3% of Plant Vogtle.

LaGrange also received $51.2 million from a Toshiba Parent Guarantee, as well as DOE loan, Build America Bonds from the 2008 recession and future production tax credits, which will provide the city with energy tax credits when the plants are up and running, Bowie said.

The construction costs have doubled from the $3.2 billion original estimate for the construction of units 3 and 4, explained Bowie. LaGrange was to contribute its $478.6 million, MEAG $7.8 billion and Project J & P $235 million. The cost of the power from the plant has gone up about 12% to 15%, Bowie said.

The agreement between the three entities stated if total sharable project costs increased by $2.1 billion from the time the agreement was executed, MEAG and Oglethorpe had a one-time option to cap their capital investment in the project. According to a statement on Oglethorpe’s website concerning the project, the total project budget has increased five times since September 2018, totaling an increase of $3.4 billion since the co-owners jointly negotiated the new cost-sharing agreement. This means Georgia Power would have 100% of the remaining costs in exchange for a pro rata share of capacity.

In June, MEAG and Oglethorpe filed a lawsuit against Georgia Power in connection with a disagreement regarding an increase in Georgia Power’s construction cost responsibility for plants 3 and 4.

According to a press release from MEAG on the settlement, MEAG, Oglethorp and Georgia Power disagreed about the starting dollar amount for the determination of cost increases subject to the increased GPC cost responsibility and tender provisions under the ownership arrangements and the extent to which COVID- 19-related costs impact the calculation.

According to the press release, MEAG has not made a decision whether to tender a portion of its ownership interest. Oglethorpe has already chosen to pursue the cost-freeze but has much different economics than MEAG, Bowie said.

The law suite will not affect the ongoing construction, testing and completion of units 3 and 4, according to MEAG.

Bowie said LaGrange will not lose any of the 1.3% it owns of Plant Vogle and due to the agreement will not face the blunt of the project’s rising costs.

Bowie said MEAG predicts the $2.1 billion cap will be reached in August, approximately six months before the construction of unit 3 is complete.

“You can actually see liquid fuel coming into the site now,” Bowie said. “Hopefully by August [the fuel] will be loaded up into the unit itself.”

Another reason the city agreed to the cost freeze is the current rise in fuel prices.

Plant Vogtle units 1 and 2 have been online since the mid-1980s and consist of 495.6 megawatts. Units 3 and 4 will consist of 500.3 megawatts. A megawatt is equivalent to 1,000 kilowatts. Bowie said LaGrange has 110 megawatts throughout the entire city.

The life of the units are expected to succeed 40 years, Bowie said.

“It’s the only nuclear plant that’s been built in 30 years, so it’s been quite a challenge,” Bowie said. “But we feel really good what it’s going to do long-term for the community.”

Should You Worry About Debris From China’s Big Rocket Booster?