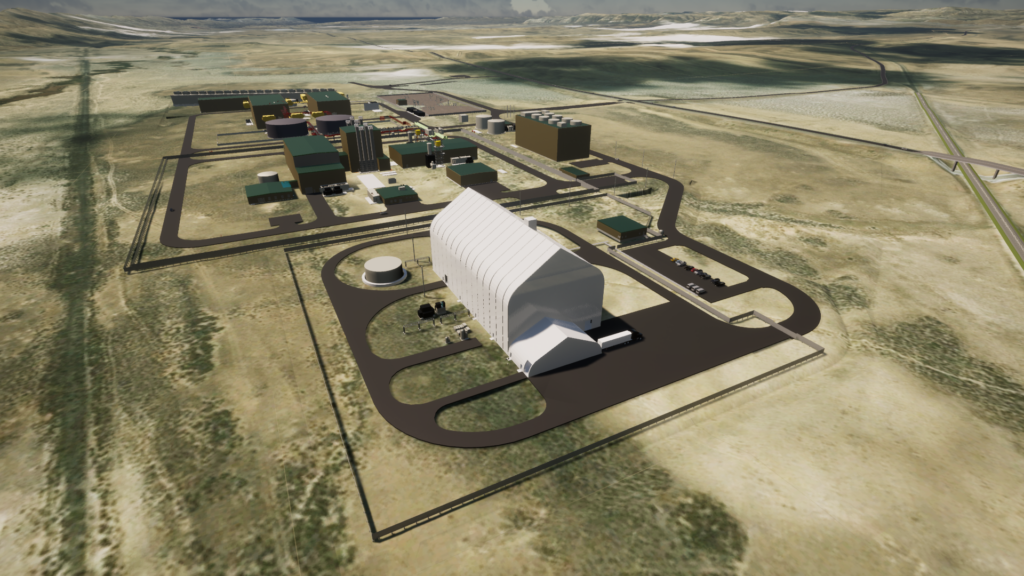 Tribal representatives from Wyoming and throughout the United States have been engaged in the development of TerraPower’s new sodium nuclear power project outside of Kemmerer, state officials heard this month.

The plan will take up about 40 acres of space, with an additional 1,400 acres needed for transmission and water lines, project director Tara Neider told the Wyoming Legislature’s Tribal Relations Committee during a meeting last week.

There may be “culturally important areas” on that land, Neider said, and TerraPower has tried to be “intentional about protecting” them – in part by contacting a dozen tribes from throughout the United States that “were identified as having potential concerns regarding (the) cultural and/or religious importance of resources” within the Natrum project area.

Three of those Tribes attended a virtual meeting with TerraPower in April, Neider said – including the Northern Arapaho Tribe of Wyoming, which agreed to participate in Natrum’s “cultural resource inventory” by sending “Tribal cultural specialists” to assist with the field work portion of the effort.

“There were artifacts found during that cultural survey,” Neider said. “These are being evaluated for the National Register of Historic Places.”

TerraPower met with the Northern Arapaho Tribe in person last month to answer “any questions that they had” about the Natrum project, Neider said.

She called it a “very good meeting.”

“They were very interested in jobs,” she said. “And even though the plant is located pretty far from the Wind River Reservation, they told us that it’s not a problem to travel long distances and stay in those areas.”

The news was “very big” for TerraPower, Neider said, since the company has been “challenged” by the question of whether there are “enough resources in the area to actually construct and operate the plant.”

The Tribe recommended TerraPower reach out to the Tribal Employment Rights Office to find employees, as well as Central Wyoming College, where courses could be developed to train future staff for the Natrum plant, Neider said.

“We have started to engage with (CWC) and have assigned an employee here at TerraPower to work with them,” she said.

“(Those artifacts) are looked at very differently by Tribal members than they would by other people who are not so informed about what’s important,” Neider said. “They told us that different sites and artifacts have special meaning to them depending on how they’re positioned amongst each other. So we’re very happy about that. …

“We very much appreciate and welcome their involvement in the assessments going forward.”

TerraPower is currently performing its “design review” for the Natrum project in preparation for a “preliminary safety analysis” that will be submitted to the Nuclear Regulatory Commission “by the end of next year” as part of the company’s construction permit application, Neider said .

Usually, the NRC contacts Tribal officials for consultation on nuclear projects after construction permits are submitted, she noted, but TerraPower is “really trying to have early, active engagement to make sure that we’re doing things correctly.”

“We really want as much engagement as the Tribes are willing to provide,” she said.