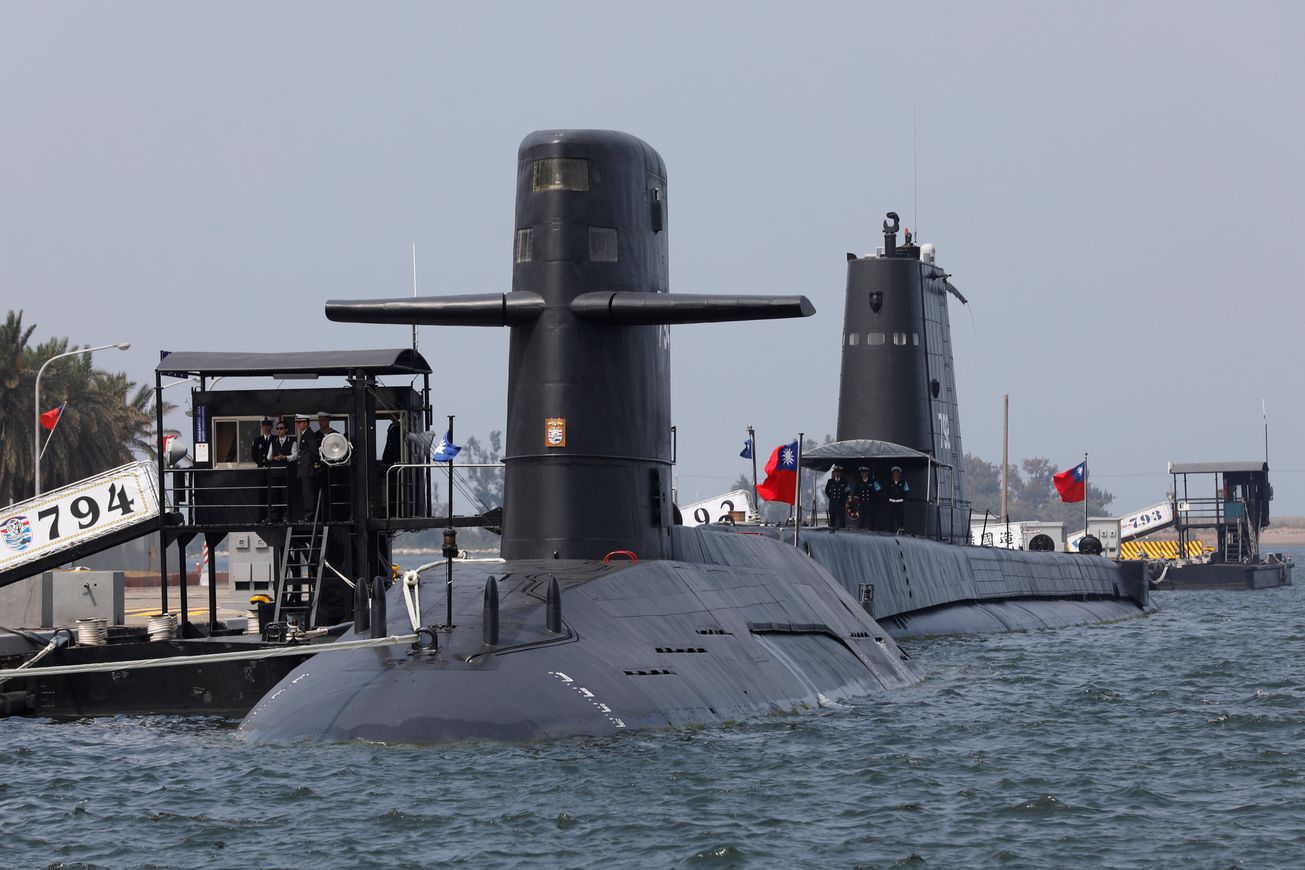 The Republic of China’s (Taiwan) Navy’s first indigenous diesel-electric attack submarine (SSK) will be launched next September, the island’s CNA news agency reported. It is a decade ahead of the current Chien Lung class submarine purchased from the Netherlands. There are a total of eight submarines in the class of vessels.

The first submarine is being assembled at Kaohsiung City, slated to begin induction in the Republic of China (RoCN) Navy by 2025.

Scarce details based on a previously released scale model show an X-shaped rudder like the one on the Japanese Sōryū and Oyashio-class attack submarines.

The vessels weigh 2,500 tons and are 70 meters in length. A massive transfer of crucial technologies was approved under the President Donald Trump administration, with Reuters reporting that engineers from Korea, India, Canada, and other nations were assisting China Shipbuilding Corporation, Taiwan’s national shipbuilder, in the construction of the eight submarines of the class .

According to Navy Recognition, a version of the US Navy’s AN/BYG-1 submarine combat management system, used in its nuclear submarines, is being offered to Taiwan, with Lockheed Martin serving as the systems integrator.

The submarine is hoped to add to the asymmetric capabilities that Taiwan would require to withstand an attack by the People’s Republic of China (PRC), less focused on meeting the outsized Chinese adversary head-on, instead preventing their landing on the island by laying mines and striking Chinese transports carrying troops, supplies, tanks, and war material.

Major General Sun Lifang, spokesman of the Ministry of National Defense, said at the press conference that the national construction of submarines is one of the significant national defense independent plans.

The last two were modernized to the Greater Underwater Propulsion Power Program (GUPPY) standard and painstakingly maintained by the Taiwanese Navy to be combat operational.

The submarine’s construction plan was boosted after Taiwan’s Parliament passed an extra $8.6 billion spending bill, in response to repeated shows of force by the People’s Republic of China (PRC), following 970 Chinese jets flying into its Air Defense Identification Zone (ADIZ) in 2021 This was more than double the 380 carried out in 2020 alone.

Taiwan and its military face the handicap of being saddled with an enormous legacy, defense platforms against the PRC’s more asymmetric threats, which include swarms of several thousand small boats, jets, ships, missiles, and drones to overwhelm and swallow any resistance.

Pentagon-commissioned wargames by the RAND Corporation showed the devastating US and Taiwanese defeats before such a Chinese attack.

Primarily based on ‘fighting a swarm with a swarm,’ it practically affects a regular military (Taiwan’s) fighting a prolonged guerrilla war at a strategic level in a multi-layered campaign of attrition. But Taiwan outrightly implementing such programs means it has to tell its citizens to prepare for such an attack, jeopardizing the ruling Democratic People’s Party’s (DPP) political fortunes.

Eye-grabbing, menacing-looking F-16 jets, or M-109 Paladin Self-Propelled Howitzers (SPH) serve as a more reliable symbol of security before citizens, unlike low-key platforms like naval attack crafts or drones. Such defense reforms also put the DPP on the warpath with its opposing Kuomintang (KMT) party, which has often favored reuniting and reconciling with China – particularly the Communist Party of China (CPC), its former civil-war era opponent.

Rethinking approaches to regulation of the Fourth Industrial Revolution – Cointelegraph