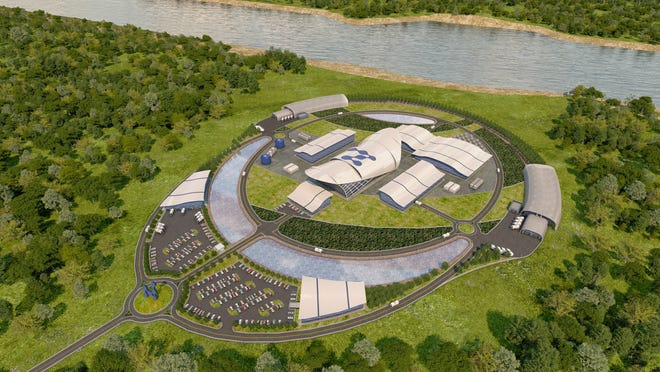 Yet again, MidAmerican Energy has expressed an interest in studying nuclear reactors for Iowa. Earlier, between 2010 and 2013, MidAmerican studied the feasibility of nuclear power for Iowa and concluded that it didn’t make sense. This time around, MidAmerican does not even have to embark on the study. We already know that the newest offerings from the nuclear industry, Small Modular Reactors, or SMRs, carry the same economic and environmental risks as their larger predecessors and make no sense for Iowa, or anywhere else for that matter.

In 2013, the Wall Street firm Lazard estimated that the cost of generating electricity at a new nuclear plant in the United States will be between $86 and $122 per megawatt-hour. Last November, Lazard estimated that the corresponding cost will be between $131 and $204 per megawatt hour. During the same eight years, renewables have plummeted in cost, and the 2021 estimates of electricity from newly constructed utility-scale solar and wind plants range between $26 and $50 per megawatt-hour. Nuclear power is simply not economically competitive.

Another View:5 reasons to be skeptical of MidAmerican’s future energy plans

The estimated cost of constructing a plant with 600 megawatts of electricity from NuScale SMRs, arguably the design closest to deployment in the United States, increased from about $3 billion in 2014 to $6.1 billion in 2020. The cost was so high that at least ten members of Utah Associated Municipal Power Systems canceled their contracts. NuScale then changed its proposed plant configuration to fewer reactors that produce only 462 megawatts at a cost of $5.32 billion. For each kilowatt of electrical generation capacity, that estimate is around 80% more than the per-kilowatt cost of the Vogtle project in Georgia — before its cost exploded from $14 billion to over $30 billion. Based on the historical experience with nuclear reactor construction, SMRs are very likely to cost much more than initially expected.

And they will be delayed. In 2008, officials announced that “a NuScale plant could be producing electricity by 2015-16.” Currently, the Utah project is projected to start operating in 2029-30. All this before the inevitable setbacks that will occur once construction starts.

Time is critical to dealing with global warming. According to the Intergovernmental Panel on Climate Change, emissions have to be reduced drastically by 2030 to stop irreversible damage from climate change.

Small reactors also are associated with all of the usual problems with nuclear power: severe accidents, the production of radioactive waste, and the potential for nuclear weapons proliferation. Indeed, some of these problems could be worse. For each unit of electricity generated, SMRs will actually produce more nuclear waste than large reactors. Whether generated by a large or small plant, nuclear waste remains radioactive and dangerous for hundreds of thousands of years. There is no demonstrated solution to permanently isolate this lethal waste, for both technical and social reasons.

Most new nuclear reactor designs will rely on water sources for cooling. Nuclear plants have some of the highest water withdrawal requirements; In the United States, the median value for water withdrawal was calculated as 44,350 gallons per megawatt-hour of electricity generated, roughly four times the corresponding figure for a combined cycle natural gas plant. Renewables require little or no water because there is no heat production. Iowa’s lakes and rivers are already challenged by the warming climate, existing power plants, and polluting industries.

In medicine, a basic principle used to guide our decisions is “first, do no harm.” That principle will be violated if Iowa embarks on building SMRs. Small modular reactors and nuclear power represent a dangerous distraction from the changes needed to deal with global warming. Investing in these technologies will divert money away from more sustainable and rapidly constructed solutions, including wind and solar energy, microgrids, batteries and other forms of energy storage, and energy-efficient devices.

dr Maureen McCue, a practicing primary care physician who also taught and traveled as a professor of global health and human rights for many years, recently retired from the University of Iowa. dr MV Ramana is the Simons Chair in Disarmament, Global and Human Security and professor at the School of Public Policy and Global Affairs at the University of British Columbia in Vancouver.