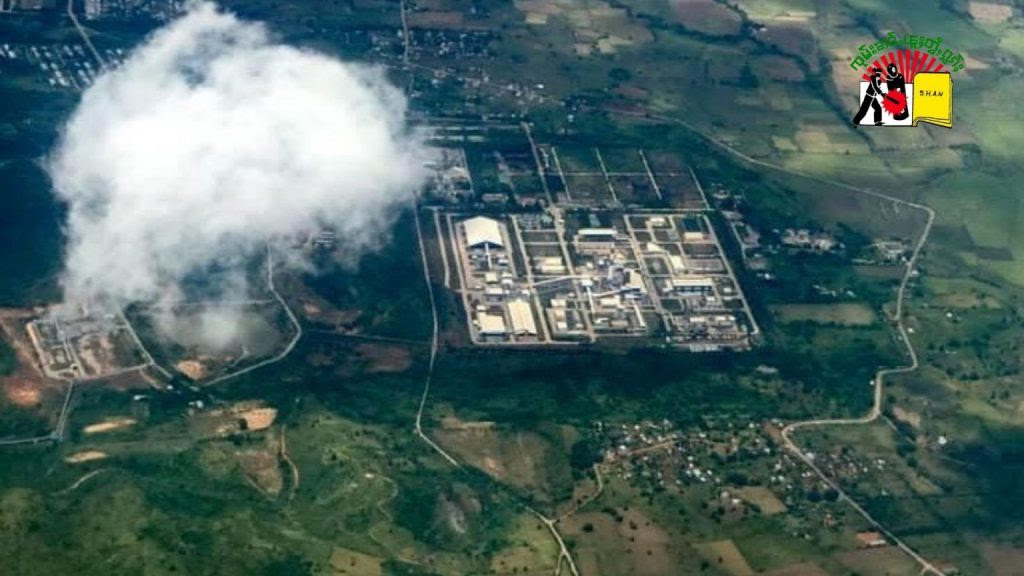 Min Aung Hlaing, leader of the Military Council, had been trying to restart the Pinpet Factory construction project since May 2021 after the Military staged a coup. A 15-mile-long railroad was planned to build to transport the products from the factory.

“Recently, the Pinpet Factory project looks more hastened. At this moment, a railroad is being built and we estimate its length around 15 miles”, Ma Nan Kyi, the spokeswoman of Pa’o Youth Association said at a press conference.

The railroad is being constructed to transport the iron produced from Pinpet Steel Factory to the No.1 Steel Factory in Myingyan. Reports say 3 companies are involved in the construction of the railroad.

Previously Min Aung Hlaing had called to start the factory’s operations within the specific date. He suggested that the factory could be able to reduce the foreign currency consumption. On October 1, 2021, Min Aung Hlaing instructed to build a railway to run electric trains to transport iron ores and steel produced by the factory.

The Pinpet Steel Factory project was started in 2004-2005 during the previous military regime. Since the beginning of the project, more than 5000 acres of land had been confiscated from farmers, and in 2010, moreover 100 acres were seized. After May 2021, another 28 acres were forcibly acquired, according to the reports from Pa’o Youth Association.

Pa’o Youth Association also urged to return the land that was forcibly confiscated due to the project to the original owners and to provide fair compensation for the land that had been used.

“Most of the locals are very worried because there is no more land to cultivate. Even if they pay compensation, it will only be convenient for a short time. We have lost almost everything to make a long-term living. That’s why we are all worried about the future”, a local farmer said.

In addition, the Pa’o Youth Association urged and recommended the closure of all large-scale investments and projects benefits for the Military Council, causing negative effects on residents.

Min Aung Hlaing revealed plans of construction of nuclear power and nuclear reactors with the help of Russia. He also conducted internal and external discussions related to the Pinpet steel plant project.

Currently, the Military Council is actively working for the construction of Pinpet Steel Factory, which is an investment project of Russia and the Military Council also trying to stay in power by relying on weapons and implementing projects jointly with Russia, harming local farmers’ lands, water resources and causing forest destruction, Pa’o Youth Association had said.