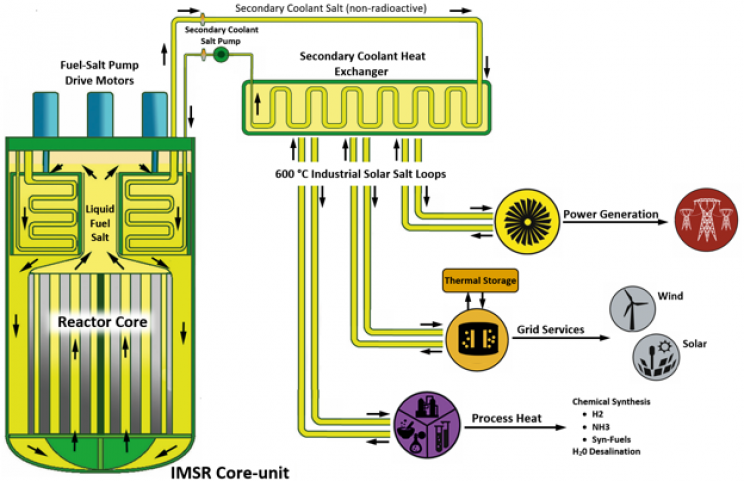 Molten Salt Reactors Could Lead to the Next Energy Boom

Molten salt reactors could be the future of carbon-free green energy and already cost less than coal-fired power plants.

Molten salt reactors, which were first built and operated in the 1960s, are an interesting and promising energy technology. There are a number of different designs for these reactors. Essentially, they all mainly use molten fluoride salt, which is kept under low pressure, as the coolant for the reactor.

While molten salt reactors were originally developed about 60 years ago, their corrosiveness has pushed them out of the spotlight, with investments in other types of energy appearing more lucrative at the time. Today, interest in molten salt reactors is revitalized as an alternative to standard core and carbon based energy sources.

What are molten salt reactors?

There are a large number of different designs for molten salt reactors (MSRs). They generally use a molten fuel, which is a mixture of lithium and beryllium fluoride salts dissolved in enriched uranium fluorides. rather than the solid fuel used in most reactors. The core of the reactor then uses graphite to direct the flow of salt to about 700 degrees Celsius (1292 degrees Fahrenheit). The heat generated by the fuel is then used to generate the steam for the reactor, which drives turbines that produce electricity.

If one were wondering what molten salt reactors are, one of the most talked about MSRs is the liquid fluoride thorium reactor (LFTR) that is used Thorium and uranium dissolved in a fluoride salt. To better understand this and why this arrangement of fuel dissolved in salts is beneficial, we examine the power generation capabilities of MSR.

How does a molten salt reactor work?

One way to measure the energy generation capabilities of a given process is to use the ERoEI metric, also known as energy gain from invested energy. In essence, it is a ratio of the energy we can get out of something to the amount of energy we need to put into the system to get that energy.

Solar panels have an ERoEI of around 10, which means you get back 10 times the amount of energy invested. For fossil fuels like coal, that number is between 18 and 43. But what about molten salt reactors? How do you work? Your ERoEI is estimated at around 1200.

The energy output of a molten salt reactor is significant and very efficient, which is a strong argument for using these types of reactors.

However, ERoEI is not the only way to study the usefulness of a particular power source. You can also study how much raw material is needed to produce a given amount of energy. There is still little competition compared to coal. To generate a gigawatt-year of electricity, a coal-fired power plant would have to process more than five hundred and seventy kilometers of coal-filled train, while a molten salt reactor only uses 1,000 kilograms of the fuel, which is usually thorium or uranium.

However, with any offshoot of nuclear power generation in general, there are many setbacks given the potential environmental damage and the nuclear waste disposal issue that needs to be addressed.

The waste from molten salt reactors

However, it should be noted that there is a qualitative difference in the types of waste. The waste from molten salt reactors is radioactive and must be stored for at least 300 years before it can be returned to the ground. 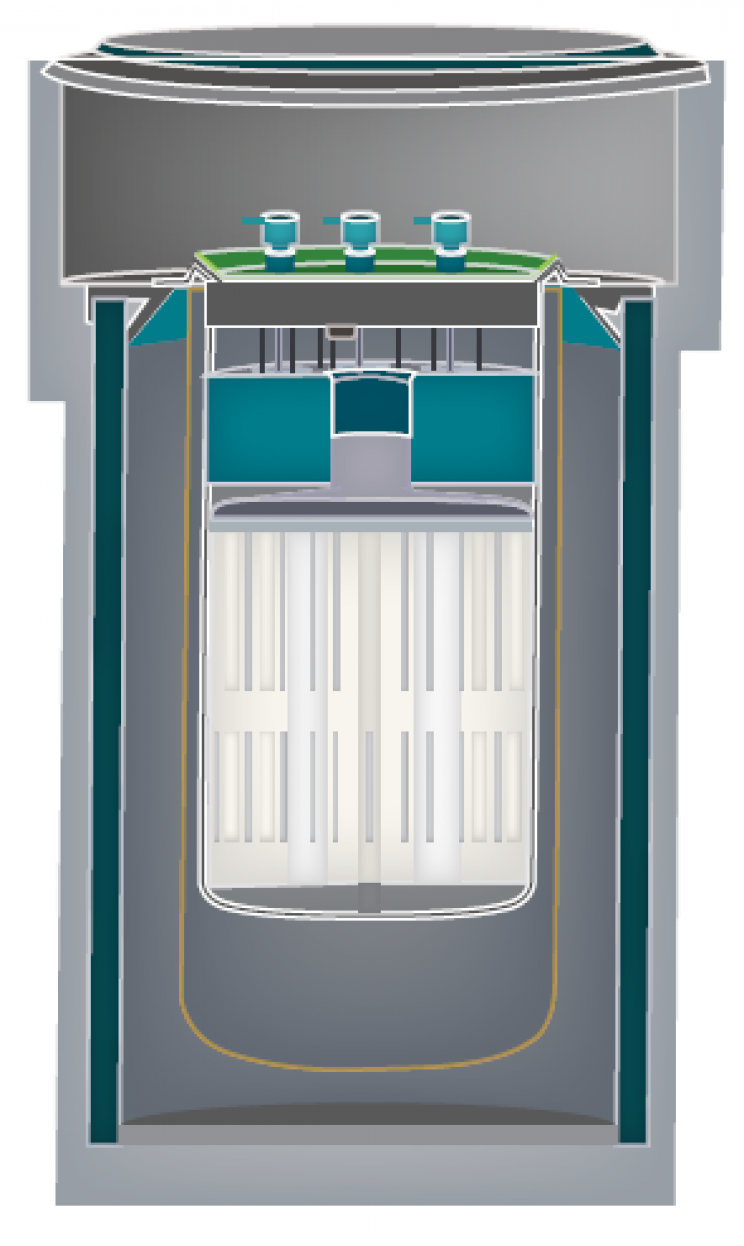 A diagram of the core of a molten salt reactor. Source: Terrestrial Energy Inc./Wikimedia

Molten salt reactors are just a highly efficient variant of traditional nuclear power plants, and recently nuclear power has become a safer source of energy. The comparison with conventional nuclear reactors actually makes the efficiency of MSR much clearer. As already mentioned, a typical MSR needs around 1000 kilograms of salt fuel per gigawatt year of electricity produced. A traditional solid fuel nuclear reactor takes around 250 tons of enriched uranium to do the same job, and much of the waste must be stored for over 100,000 years before it can be returned to Earth.

The significant amount of waste from modern nuclear reactors is a problem, but molten salt reactors are a possible solution. Many MSR designs also allow a large part of the waste from conventional reactors to be used as fuel. This is also done efficiently, as one year’s waste from a normal reactor could supply an MSR with electricity for around 250 years.

The efficiency of these molten salt reactors is clear, and they are relatively safer alternatives to traditional nuclear power.

Meltdown. The two most feared words about nuclear energy. Traditional solid fuel reactors can be at risk of core meltdown if the heat from the core is not properly managed. Since molten salt reactors have a core that has already melted, there is basically no risk of melting down.

Perhaps most importantly, since the cores of the MSR are not under pressure, the explosion is not a potential risk. The fact that MSRs can operate under atmospheric pressure means this A leak in a pipe does not automatically expel a lot of fuel and coolant. This is a great safety advantage that enables passive heat dissipation. This would prevent events like Fukushima from happening. This also means that such scenarios do not require an expensive security area.

The best way to think about how an MSR works is to think of it as a saucepan that holds hot, viscous liquids. Nuclear reactions in these liquids cause the pot to heat up by itself. If you run water around this pot, it will turn into steam which will generate electricity, but this will also cool the pot. As the pot cools, the nuclei of the atoms in the viscous liquid inside, the salts, move closer together, which speeds up the pace of the nuclear reaction and generates more heat more quickly. It’s a self-regulating system. This means that MSRs are relatively easy to use and often do not require control rods to control the nuclear reactions.

After the onset of fission in the molten salt reactor, the harmful fission products automatically combine with the molten salt and safely dispose of these dangerous by-products. Conventional nuclear power doesn’t do that.

There is also one final safety precaution in these reactors. At the bottom of the “pot” in which the molten salt is located, there is a drain pipe for the salt. Under normal circumstances there is an electric fan that cools and solidifies the salt to create a solid salt plug that prevents the rest of the salt from flowing through the pipe. Should the power fail or something else go wrong, the fan will turn off automatically. The stopper then melts and the molten salt flows through the pipe into large tanks. The heat from the molten salt is then removed in these tanks by natural convection over the earth, which is a relatively safe way to solve the problem.

In addition to preventing core meltdowns, the other important safety metric to consider with nuclear reactors is how likely the fuel is to be stolen and used by bad actors to make atomic bombs and other equipment. Conventional nuclear power plants require a significant amount of solid fuel to remain on site in order for the reactors to remain operational based on the rate of combustion alone.

Molten salt reactors have to be refueled very sporadically, which means that in most cases there is no need to store excess fuel on-site in these reactors, which reduces the likelihood of this nuclear fuel falling into the wrong hands.