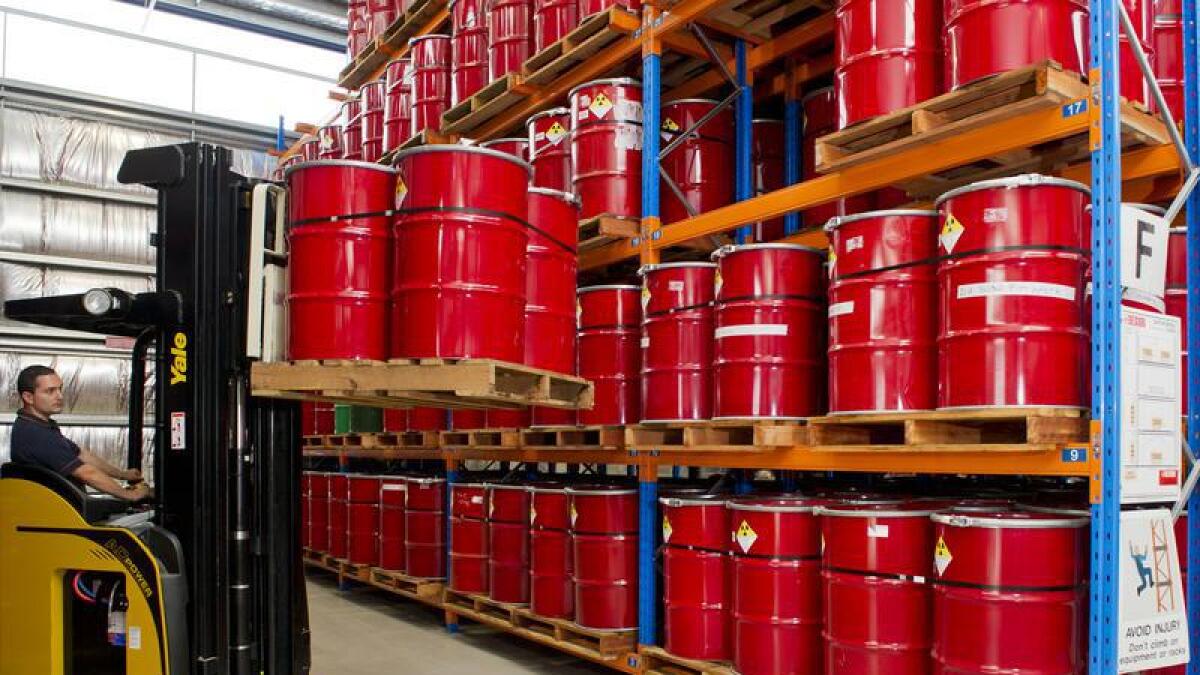 A monolithic steel barrel designed to withstand an earthquake and jet impact will arrive in Sydney next year and will carry two tons of radioactive waste.

For safety reasons, authorities won’t say when the giant capsule – containing four 500 kg canisters of “intermediate grade” material – will arrive from the UK.

But it will hardly be an inconspicuous affair: the barrel itself weighs 100 tons and resembles something from NASA’s space program.

When the first barrel of its kind arrived in 2015, it contained 20 tons of Australian nuclear waste that was recycled in France.

About 600 police and security officers were involved in the mission to transport them from Port Kembla, near Wollongong, to Lucas Heights, the southern suburb of Sydney that serves as the country’s nuclear technology center.

It can be assumed that the arrival next year will involve an equally costly high-security operation.

It was home to the High Flux Australian Reactor (HIFAR), which supported nuclear medicine and science before it was closed in 2007 and replaced by the Open Pool Australian Lightwater Reactor, also in Lucas Heights.

The waste, due to arrive in 2022, comes from the operations of HIFAR and ANSTO says the material will be “repatriated” according to the international principle that countries must be responsible for their nuclear remains.

What comes, however, will not be what was left of the 114 HIFAR spent fuel rods that were sent to the UK for reprocessing in 1996.

The four 500 kg canisters inside the barrel will represent an equivalent amount of recycled UK waste.

Hefin Griffiths is ANSTO’s Chief Nuclear Officer and says there is no cause for concern about the UK initiated waste swap deal. In fact, it is a safer and cheaper business for Australia, he says.

“Originally we wanted to get 52 500-liter drums of cemented waste,” he told AAP.

“We were negotiating a change with the UK – when they made this path available for the exchange. So instead of these barrels we get four canisters of glass waste, which are much safer to dispose of, as well as temporary storage.” .

Mr Griffiths says the UK had to demonstrate that what is sent to Australia is “within the measurement limits” of the accepted definition of medium level waste, which can remain radioactive for thousands of years.

On this point, ANSTO also had to satisfy the national regulatory authority.

While not aiming to save money, Griffiths said the taxpayer-funded ANSTO will save $ 12 million to $ 13 million in shipping costs through the waste exchange deal.

Pamela Naidoo-Ameglio from ANSTO has promised that the arrival of the keg will be a “routine and safe operation”.

“This will be the second return project and the twelfth successful transport of spent fuel or reprocessed waste that ANSTO has carried out since 1963,” she said in a statement on Monday.

“For all of the obvious and usual security reasons, we cannot comment on the exact route or timing of this transport.”

The new barrel will stand next to the original one in Lucas Heights until Australia’s new national nuclear waste disposal facility is built in Napandee near Kimba on South Australia’s Eyre Peninsula.

The facility is in the design phase and is being challenged by indigenous owners, so the barrels are likely to stay in Lucas Heights for a few more years.

Once Napandee is operational, the barrels are transported there and stored until a final solution is found that involves a deep spill.