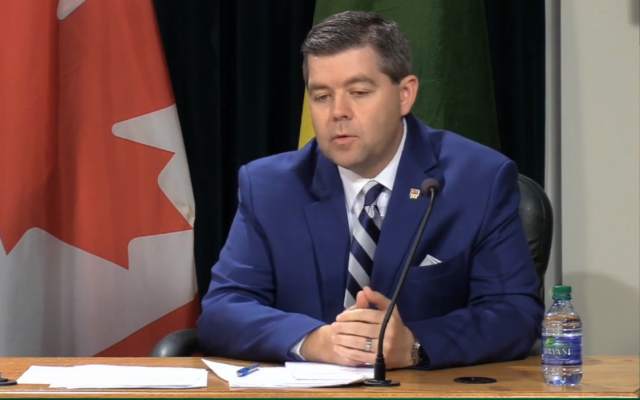 Stories like Watson’s Organic Spices and Herbs are a testament to how trade missions have become an integral part of Saskatchewan’s ag and resource marketing strategy. The company boasts Vietnam as one of its key overseas export destinations.

Following a reported 50 percent increase in exports from Saskatchewan to Vietnam, according to a government release, Saskatchewan’s Trade and Export Development Minister Jeremy Harrison is heading to Vietnam to foster additional trade and economic partnerships on behalf of the province.

“Our goal is to strengthen our ties with Vietnam, and showcase the benefits of our agriculture commodities, natural resources, and innovation,” Harrison said. “An example of Saskatchewan’s commitment to strengthening those ties is our recently opened trade and investment office in Ho Chi Minh City. As we move forward we are always seeking to diversify our exports into markets outside of China.”

The mission will emphasize how Saskatchewan-sourced agricultural products and potash can enhance food security. The province is already Vietnam’s largest supplier of dry peas, making up 47 per cent of all imports of the product to the nation.

The release notes that the province opened a trade and investment office in Vietnam in February of this year, which is already increasing provincial exports. Year-to-date exports from Saskatchewan to Vietnam are up by 50 percent in 2022, to $91.7 million. Much of that increase is being driven by increased exports of potash, wood pulp, canola oil, lentils and weighing machinery. There will also be discussions on potential labor market partnerships.

Canada and Vietnam are both part of the Comprehensive and Progressive Agreement for Trans-Pacific Partnership, a free trade agreement between nine countries in the Asia-Pacific region. This free trade agreement eliminates tariffs and reduces trade barriers, meaning decreased costs of the things we make together, allowing participants to be more competitive on the world stage.

There is also an interest in working together on green energy. Carbon capture, utilization and storage technologies, small modular reactor research and development, sustainable mining and rare earth elements have all been noted as areas where Saskatchewan and Vietnam can collaborate.

“Saskatchewan has the resources and technology that our growing world needs,” Harrison said.

Area post-secondary institutions like Carlton Trail College and St. Peter’s College could also be beneficiaries of the mission. Saskatchewan post-secondary institutions have 19 agreements with their counterparts in Vietnam, and the province was host to 248 international students from the country, approximately two per cent of all international students in the province.

Saskatchewan’s delegation departed for Vietnam on December 8 and returned on December 16.

Bulgaria nuclear reactor to shut down after coolant leak – ZAWYA