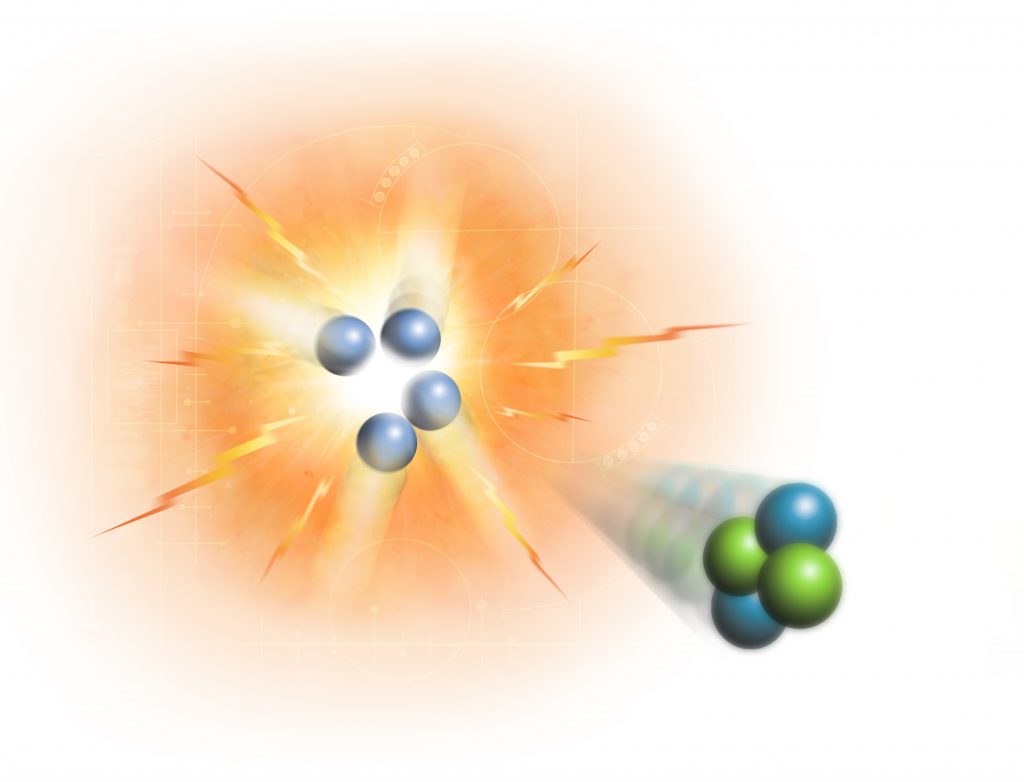 Professor Yuanyuan Zhu knows that tungsten is going to play a critical role as scientists work toward the ambitious goal of building nuclear fusion reactors and harnessing new energy sources.

“Tungsten is a gift from nature,” says Zhu, an assistant professor and director of the honors program in materials science and engineering. “It’s special because it has the highest melting point of any metal and stays strong at very high temperatures, making it ideal to use as the plasma-facing divertor armor in fusion.”

As a result, scientists and engineers view tungsten as a top candidate for building fusion reactors. In terms of factors such as strength, good thermal conductivity, and radiation tolerance, there are few metals that can match it.

However, there are presumed dangers in the event of an air-ingress leak. Zhu says that when tungsten oxidizes, it becomes unstable and volatile. Since tungsten is exposed to nuclear radiation during normal operation, the resulting oxide dust is radioactive, and release of it is extremely dangerous.

The problem is one of many scientists must solve to develop fusion as a clean and safe energy source for constant baseload electrical power. Zhu is dedicated to better understanding thermal oxidation of tungsten under fusion extremes, and the US Department of Energy (DOE) is taking significant interest in her research.

This summer, the DOE’s Office of Science announced Zhu’s selection for an Early Career Award for her work in the field of fusion energy sciences. She is the third UConn researcher to earn a DOE Career Award since 2015. This award differs from the National Science Foundation’s Early Career Program awards.

Zhu is one of 56 university scientists across the country selected for an award. The grants are planned for five years, with university researchers receiving $150,000 per year to fund their projects. Eligibility is limited to unterured or tenure-track assistant or associate professors who completed their Ph.D. programs within the past 10 years.

Zhu says the grant will likely allow her to hire two graduate assistants as well as paying equipment user fees for experimentation at the Institute of Material Science at UConn. She is humbled to earn the grant and begin a new chapter in her research.

The potential of the work is “transformative,” says Zhu. Fusion energy is key in replacing fossil fuels for electrical power needs, but harnessing such energy is demanding and requires materials like tungsten that can cope with extreme environments and conditions.

Zhu’s project addresses a well-known safety hazard associated with high-temperature oxidation of tungsten plasma-facing materials in case of air ingress accidents. Currently, scientists do not completely understand the fundamental nanoscale processes of tungsten oxidation under pristine or irradiated conditions. Her research intends to understand how tungsten oxide evolves, how fast it grows during the oxidation, and, based on the new mechanisms, to develop strategies for making reactors safer and more resistant.

The process for experimentation is also novel. Zhu’s project leverages in-situ environmental microscopy methods along with computer vision models to allow for new results under the oxidation conditions that cannot be obtained by conventional methods. Using a small gas cell the size of a thumbnail, the in-situ experiment mimics the oxidation process under off-normal events.

The team will be able to see the evolution of tungsten oxide layers as they happen, including the possible effects of radiation-induced defects on oxidation.

The USS Nautilus Passes Under the North Pole, Makes History on This Day in 1958