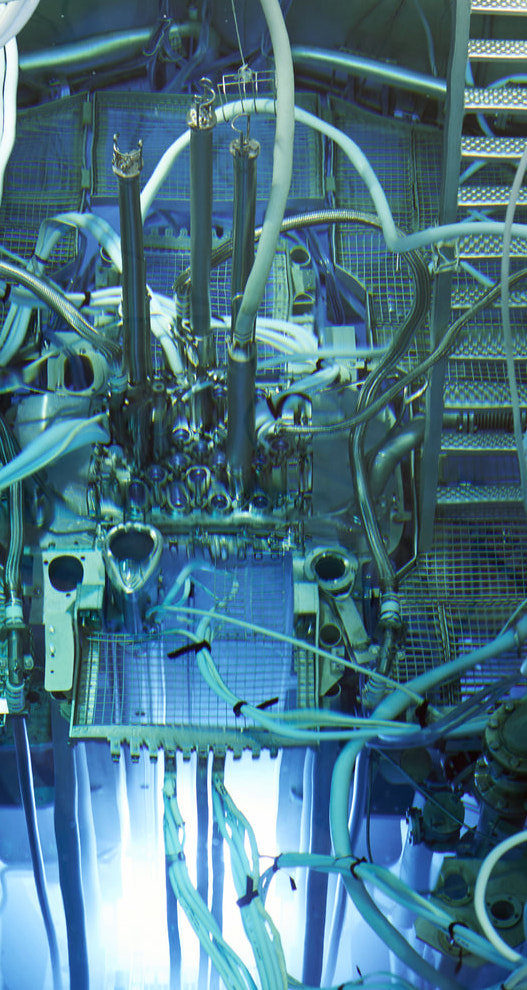 The first phase of the salt irradiation experiment (SALIENT) has started in the nuclear research and advisory group in Petten, a nuclear research facility on the Dutch North Sea coast. The experiment is carried out in cooperation with the Joint Research Center of the European Commission (ITU) in Karlsruhe. The first goal is to produce cleaner reactor fuel. Then materials for reactor construction are examined. The most recent investigations into molten salt thorium reactors were carried out in the Oak Ridge laboratory in the USA.

The Petten team uses the site’s high-flux reactor under product manager Sander DeGroot and senior scientist Ralph Hania. Using the high heat in the reactor, the team melts a sample of thorium salt fuel – a mixture of lithium fluoride and thorium fluoride – in an insulated graphite crucible. Over time, the neutron bombardment triggers nuclear reactions that convert the thorium into uranium isotopes that can fission.

The team’s first job is to remove precious metals (i.e. those that are not involved in the reactions) in order to make a more efficient fuel. They are trying two methods of using a nickel foil in one crucible and a cube of highly porous nickel in another in the hopes that the precious metals will preferentially precipitate on the nickel. The JRC is providing the thorium salts for the project and will analyze the fission products after irradiation to assess their stability. This phase will feed into later research on the management of waste from a molten salt thorium reactor.

The next phase of the project will use a different fuel mixture that also contains beryllium, known as FlIBe. It is believed to be the best mix for a working thorium nuclear reactor (the beryllium-free mix is ​​designed for a particular type of reactor that burns “nuclear waste from conventional nuclear reactors). This phase tests the corrosion resistance and high operating temperatures of materials to be used in the construction of thorium reactors with molten salt, e.g. B. Various types of steel, the nickel alloy Hastelloy (which was used at Oak Ridge) and titanium-zirconium-molybdenum alloys.

In later stages, the team plans to install systems that will circulate molten salt around loops. The Petten high-flux reactor is one of the few in the world that is big enough for this. “This is a technology with great prospects for large-scale power generation,” commented de Groot. “We want to have a head start as soon as the technology breaks through.”