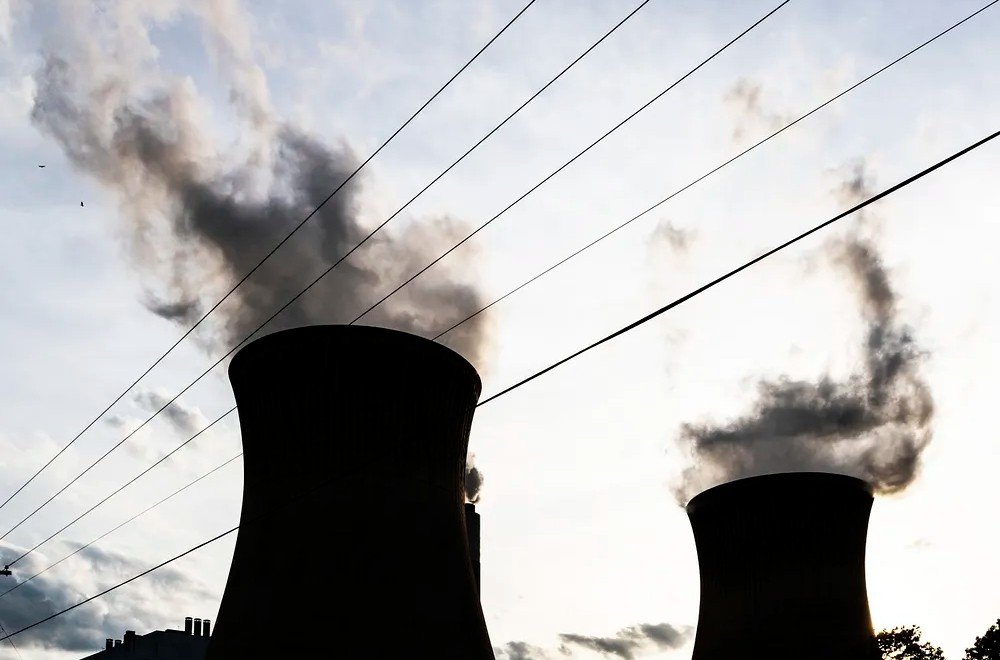 ‘New’ Nuclear Reactors Will Make Us a Guinea Pig Nation

“Guinea Pig Nation: How the NRC’s new licensing rules could turn communities into test beds for risky, experimental nuclear plants,” is what physicist Edwin Lyman, director of nuclear power safety with the Union of Concerned Scientists, titled his presentation on November 17.

The “Night with the Experts” online session, organized by the Nuclear Energy Information Service, focused on how the US Nuclear Regulatory Commission (NRC) is involved in a major change of its rules and guidance to good government regulations to pave the way for what the nuclear industry calls “advanced” nuclear power plants.

Already, Lyman said, the NRC has moved to allow the construction of nuclear power plants in thickly populated areas. This “change in policy” was approved in a vote by NRC commissioners in late July.

For more than a half-century, the NRC and its predecessor agency, the US Atomic Energy Commission, sought to have nuclear power plants built in “low population zones”—because of the threat of a major nuclear plant accident. But this year the NRC substantially altered this policy.

The lone NRC vote against the change came from Commissioner Jeff Baran, who in casting his ‘no’ vote wrote, “Multiple, independent layers of protection against potential radiological exposure are necessary because we do not have perfect knowledge of new reactor technologies and their unique potential accident scenarios . . . . Unlike light-water reactors, new advanced reactor designs do not have decades of operating experience; in many cases, the new designs have never been built or operated before.”

“The NRC is accepting on faith that these new reactors are going to be safer and wants to adjust its regulations accordingly, to make them less stringent.”

He cited the NRC criteria, which declare that the agency “has a longstanding policy of situating nuclear reactors away from densely populated centers and preferring areas of low population density.” Under the new policy, he noted, a “reactor could be sited within a town of 25,000 people and right next to a large city.”

That is just one of the many reductions proposed in safety standards.

“The central issue,” says Lyman in an interview following his presentation, “is that the NRC is accepting on faith that these new reactors are going to be safer and wants to adjust its regulations accordingly, to make them less stringent—on faith. ”

Weakening safety standards will, of course, make it easier to build and cheaper to operate these pricey reactors. The proposed changes are a demonstration of one of the NRC’s nicknames—the “Nuclear Rubberstamp Commission.”

A list of the NRC’s proposed safety reductions was included in Lyman’s presentation, quoted here with my commentary:

The “NRC is willing to twist and contort even reasonable safety regulations in ways that cater to nuclear industry desires to a degree that would rival a toy balloon-dog at a children’s party,” Nuclear Energy Information Service director David Kraft tells The Progressive. “It is this kind of almost institutionalized acquiescence to industry that wants that has led many to believe that NRC stands for Not Really Concerned.”

In his talk, Lyman referenced a 140-page report for the Union of Concerned Scientists which he authored, issued in March 2021, titled “ ‘Advanced’ Isn’t Always Better, Assessing the Safety, Security, and Environmental Impacts of Non-Light -Water Nuclear Reactors.”

The report states: “Almost all nuclear power reactors operating and under construction today are LWRs, so called because they use ordinary water to cool their hot, highly radioactive cores. Some observers believe that the LWR [light-water reactor], the industry workhorse, has inherent flaws that are inhibiting nuclear power’s growth,” he writes. “In response, the US Department of Energy’s national laboratories, universities, and numerous private vendors—from large established companies to small startups—are pursuing the development of reactors that fundamentally differ from LWRs. These non-light-water reactors (NLWRs) are not cooled by water, but by other substances, such as liquid sodium, helium gas, or even molten salts.”

Though these are called “advanced” reactors, the report continues, most of them are modeled on decades-old designs.

“In part,” he notes, “the nuclear industry’s push to commercialize NLWRs is driven by its desire to show the public and policymakers that there is a high-tech alternative to the static, LWR-dominated status quo: a new generation of ‘ advanced’ reactors. But a fundamental question remains: Is different actually better? The short answer is no. Nearly all of the NLWRs currently on the drawing board fail to provide significant enough improvements over LWRs to justify their considerable risks.”

“Make no mistake about it—while NRC is doing its part to serve nuclear industry needs, we should not lose sight of the fact that it is the aggressive pro-nuclear agenda of the Biden Administration that has unleashed a juggernaut of financial and PR support for new nuclear reactors,” Kraft says “Everything from the tens of billions of dollars allocated for new nuclear in the Infrastructure Act and the IRA [Inflation Reduction Act, which establishes a nuclear power production tax credit]to the national dog and pony show [the recent U.S. tour promoting nuclear power] of Energy Secretary Jennifer Granholm, demonstrates the Administration’s intentions to run roughshod over the objections of the public. We have a hard fight ahead of us.”

The NRC is not currently accepting comments on its plan for changes to its regulations for “advanced” reactors, according to Lyman. But he encouraged the public to weigh in on NRC actions via public meetings and email. The Nuclear Energy Information service plans to post his talk on its website.

Editor’s Note: A version of this article originally appeared in CounterPunch and is reprinted with permission.