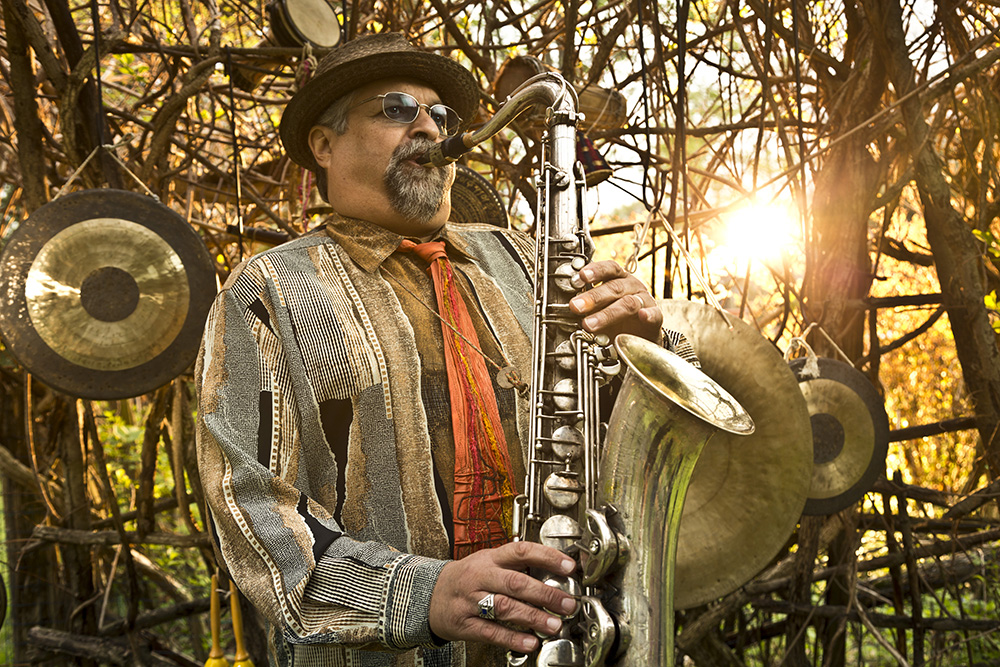 A few new releases from the ever-expanding universe of ECM Records have taken up a lot of space on my head lately. Both are contemplative and use the space between the notes in a calming way.

Tenor saxophonist Joe Lovano has made a name for himself as an outgoing pioneer on his instrument, so it’s nice to hear he’s taking the introspective path in “Garden of Expression”, his second foray with his Trio Tapestry project. It’s a collection of ballads reaching for something deeper than sentimentality, and ace collaborators Marilyn Crispell (known for more avant-garde work) and drummer Carmen Castaldi meet Lovano every step of the way. It is a stunningly beautiful collection of originals from the perspective of adults who have experienced the depths of life and want to share them with an audience.

When Lovano’s trio makes autumn music, guitarist Jacob Bro’s is downright wintry. “Uma Elmo” (released February 12) sounds like the soundtrack for the heart of the season. Originally from Denmark, Bro plays his electric instrument in a muted style that allows for sustained notes that often move at an Ice Age tempo. The accents of Jorge Rossy (drums) and Arve Henriksen never penetrate; The three act as an organism of slow consolation. And Henriksen, a prolific Norwegian artist, pulls a sound from his horn that resembles a human scream. I’ve never heard a trumpeter like him. “Uma Elmo” is an ideal contemporary example of the legendary, clear “ECM sound”.

A long, opaque recording by the guitarist is a bit louder and no less successful Michael Gregory Jackson that just showed up. “Frequency Equilibrium Koan” (self-released, available on Bandcamp) is no less than 40 minutes of main interaction between four different improvisation leaders around 1977. Jackson, who has been on the edge of mainstream esteem for far too long, participates in glowing abstract instrumental conversations with drummer Pheeroan Ak Laff, the cellist Abdul Wadud and the alto saxophonist Julius Hemphill. This tape is full of adventure and it seems like a small miracle that this documentary came to light.

As for Hemphill, who often sounds a bit like his relative Ornette Coleman here, there’s a new box of previously unreleased recordings under his direction that has just been released, and it will take me weeks to record the whole thing. Fortunately, I have a lot to hear.

The pianist Junior Mance, a towering figure in music, died in January at the age of 92. His style, which combined skill with an irresistible soul, was visible over several decades. Although he did not reside in Colorado, the New Yorker had a penchant for Colorado in his later years and even played live shows in conjunction with the Denver jazz radio station KUVO-FM. Fortunately, there are multiple albums to experience the bliss he has produced on so many recording dates.

Meanwhile, live music has returned to Denver clubs with social distancing and limited seating. Annie Booth presents Songs of Hope and Abundance every Friday in February at Nocturne, and the club performs almost every Friday through Sunday. … At Dazzle @ Baur, celebrated trumpeter Hugh Ragin occurs on February 7th in person and via livestream. Stafford Hunter, Sheryl Renee and others are also due to appear on Dazzle in February. Singer Kurt Elling will perform love songs virtually on Dazzle for Valentine’s Day weekend on February 13th. Is streaming the future of live music? It definitely looks like a component, even after COVID.

Subscribe to our weekly newsletter, In The Know, to have entertainment news delivered straight to your inbox.