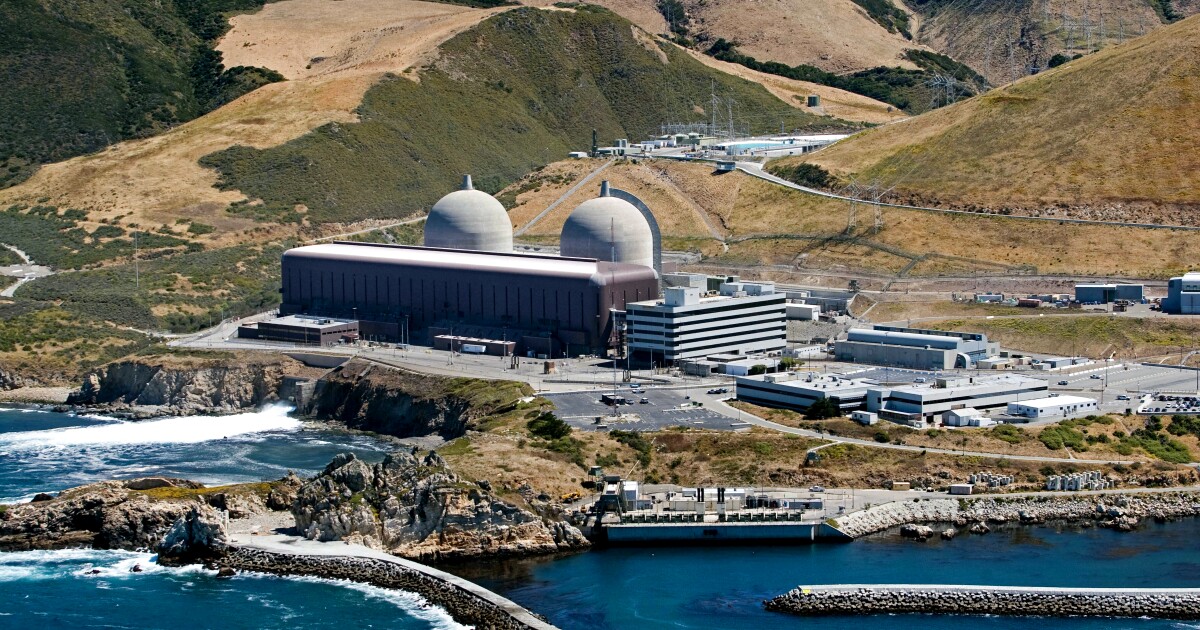 gov. Gavin Newsom signed legislation Friday intended to open the way for the state’s last operating nuclear power plant to run an additional five years, a move that he said was needed to ward off possible blackouts as the state transitions to solar and other renewable sources.

His endorsement came one day after the plan was approved in a lopsided vote in the state Assembly and Senate, and despite criticism from environmentalists that the plant was dangerous and should be shut down as scheduled by 2025.

Newsom has no direct authority over the twin-domed plant, which sits on a bluff above the Pacific midway between Los Angeles and San Francisco. PG&E must obtain approval for a longer run from the US Nuclear Regulatory Commission, which oversees plant safety, as well as a string of state agencies.

There are other questions, including whether PG&E will qualify for a share of $6 billion the Biden administration set aside to rescue nuclear plants at risk of closing. The state could back out of the deal if the reactors don’t qualify for federal dollars.

PG&E officials have said they are eager for certainty about the plant’s future because of the difficulty of reversing course on a plant that was headed for permanent retirement, but now needs to prepare for a potentially longer lifespan. Among the challenges: Ordering sufficient nuclear fuel and casks to store spent fuel, which can take up to two years to obtain.

Newsom’s plan also restarted a long-running debate over seismic safety at the site. Construction at Diablo Canyon began in the 1960s. Critics say potential shaking from nearby earthquake faults not recognized when the design was first approved — one nearby fault was not discovered until 2008 — could damage equipment and release radiation. PG&E has long said the plant is safe, an assessment that the NRC has supported.

Also unknown is how much it will cost to update the plant for a longer run. PG&E has been deferring maintenance because the plant was expected to close by 2025.